Salami Slicing in the Himalayas 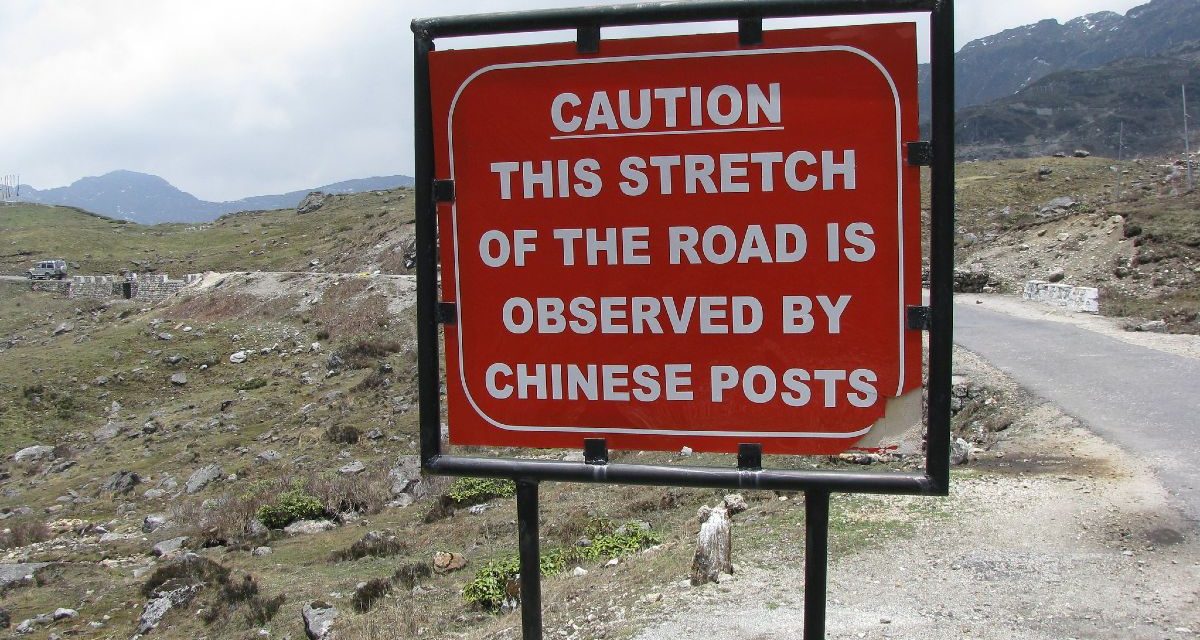 Sun Tzu, The Art of War

In 1999, two Chinese military analysts wrote a book, now famous in defense circles, exploring the subject of “unrestricted warfare” and positioning it as key to future Chinese strategic success. The authors defined the concept as “a war that surpasses all boundaries and restrictions. It takes nonmilitary forms and military forms and creates a war on many fronts. It is the war of the future.” It has been a powerful means with which China has pursued its salami-slicing objectives in the South China Sea. And now China appears to be bringing the playbook to its territorial disputes on land with India.

The concept—essentially China’s variant of the hybrid warfare that has increasingly been a feature of strategic discourse from Washington to Moscow and beyond—might further be broken down into three “non” warfares: non-contact (fei jierong), non-linear (fei xianshi), and non-symmetric (fei duicheng). Non-contact warfare is defined as conflict in which the more advanced side is outside the immediate range of its enemy’s weapons and is therefore impervious to attack while retaining the ability to conduct its own strikes on the enemy. Non-linear warfare is conflict with no distinguishable battlefield due to the advancement of technology and codependent relationship between the opposing sides, and is exploited in the information space. Non-symmetric warfare attacks an adversary in every strategic domain but with the very limited use of military forces. Elements of these “non” warfares have been evident in China’s actions against India in the last year, which have included some of the methods perfected in its actions in the South China Sea.

From Sea to Land?

Since 2009, China has advanced its territorial claims in the South China Sea through a variety of tactics including reclaiming land, militarizing real and artificial islands it controls, and using legal arguments and diplomatic influence to counter its regional adversaries and the United States and its allies without resorting to armed conflict. China has been very successful with this strategy against an array of other states in the region. And while Chinese actions along its mountainous border with India during 2020 are not an exact replica of Beijing’s South China Sea strategy, there are clear parallels that suggest that “unrestricted warfare” could become as important to China’s objectives on land as it has been at sea.

On May 5, with the element of surprise, India claims that several thousand Chinese troops crossed the Line of Actual Control (LAC) in the Galwan River valley, followed a week later by smaller incursions near Demchok and in Nathu La. After the 1962 Sino-Indian War, the LAC served as the de facto border between India and China, although there have been occasional flare-ups between the two nuclear-armed powers. The standoff that began in May of this year was especially tense, as thousands of Chinese troops dug in and brought up artillery and armored fighting vehicles to further protect the land it claims. The territorial dispute along the China-India border falls across three different areas. In the eastern sector, China claims about ninety thousand square kilometers currently under India’s control, and India claims approximately thirty-eight thousand square kilometers under Chinese control. Disputed territory in the western sector, in what the Indian government claims as part of the Ladakh region, comprises about thirty-three thousand square kilometers and is under Chinese control. The central sector, between Nepal and Bhutan, is the smallest—two thousand square kilometers—and control is divided between India and China. Chinese tactics this year across the sectors have varied and have remained just below the threshold of war, but some estimates suggest that they have secured up to sixty square kilometers of territory from India.

Violence has been kept short of what could likely start a shooting war, but it has not been absent, and even in its limited form, it has been brutal. In a confrontation between Chinese and Indian troops in June, People’s Liberation Army soldiers were armed with rocks and makeshift clubs—metal and wooden posts wrapped in barbed wire and studded with nails. Around twenty Indian soldiers and fifty Chinese troops were reportedly killed.

Beyond the confines of the actual disputed territory, China has taken a long-term approach, pursuing several steps seemingly aimed at putting India under further pressure. Beijing has laid claim to nearly three hundred square miles of territory in the Sakteng Wildlife Sanctuary in Bhutan, a country India has a pact to defend. In October, China completed construction of a new village along the border with Bhutan—and satellite imagery shows the village inside Bhutan’s territory. The area is strategically important, positioned near a narrow strip of land in India called the Siliguri Corridor that connects the bulk of India to its easternmost provinces. In recent years, China has also re-engineered transboundary river flows originating in Tibet through dams and other river infrastructure–based projects—raising credible fears over the impact on India’s freshwater supply. China has previously breached two bilateral accords with India by withholding upstream river flow data, critical for flood forecasting and early warning.

With these moves, China threatens to dramatically reduce India’s security buffer, although India is working to reinforce it. Nepal, once an Indian client state, has swayed back and forth between Chinese and Indian spheres of influence, especially with the rise of the unified Nepal Communist Party, but India may have found success with an agreement to build a high-speed railway extension into the Nepali capital Kathmandu. Indian railways utilize a broad-gauge rail width while China uses a standard-gauge width, giving New Delhi a potential strategic military advantage over Beijing to flood troops and materiel into the country in the event of conflict. Elsewhere in the region, Pakistan, Bangladesh, and Myanmar remain tools in the Chinese diplomatic toolbox to put pressure on India.

Viewing these developments from afar, they are important for several reasons. First and perhaps most obviously, both China and India have large, well-equipped conventional armies, air forces, and navies. Both are also nuclear-armed powers. The consequences of strategic miscalculation leading to conventional escalation and heightening the risk of nuclear war are grave.

Second, it isn’t clear that any state has found an effective means of countering Chinese “unrestricted warfare.” To be clear, the territorial dispute with India is not a precise replica of maritime disputes in the South China Sea, nor are China’s actions exactly the same. And yet there are clear similarities. China’s “salami-slicing” strategy at sea has been difficult to counter, and it doesn’t seem even the United States, which has a vested interest in the region, has an answer to the strategy. There is little reason to believe a similar strategy on land will be any easier to contend with for China’s competitors. Given US efforts to bolster India’s contributions to the larger regional competition with China, the stakes are even higher.

In many ways, the South China Sea has been a test bed where Beijing has expanded its territory and influence without risking war—and learned lessons it can apply elsewhere. The boundary with India could become the next frontier.