Security Force Assistance in Africa is Shoring Up Dictatorships 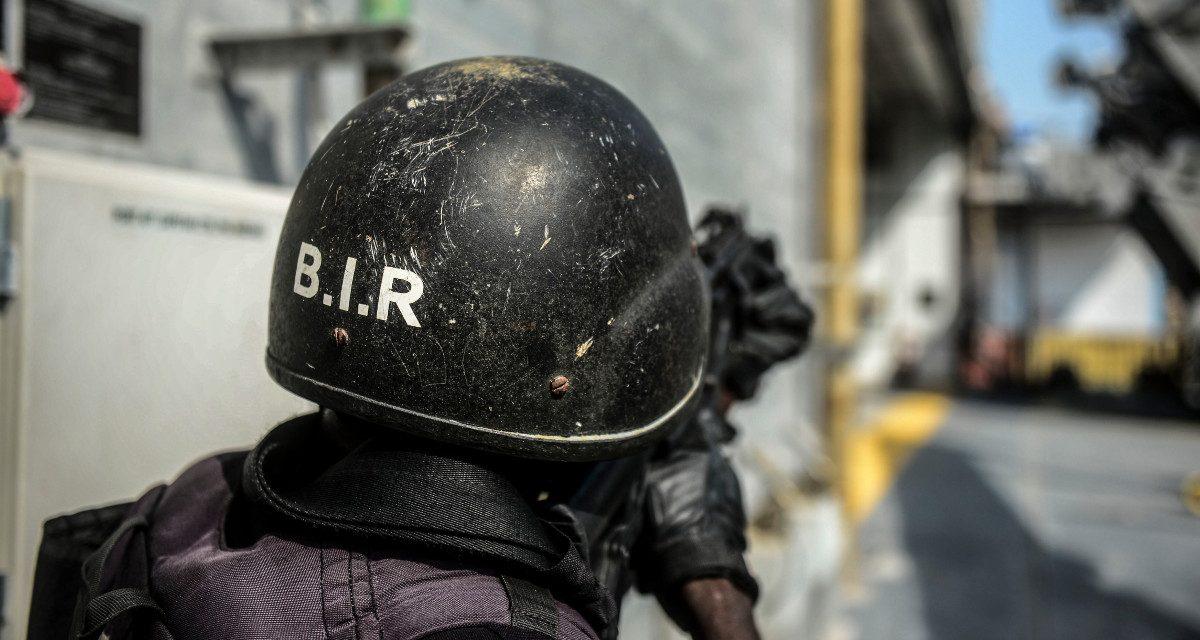 After years of committing vast resources to missions that have met with strategic frustration and disappointing outcomes, Western nations have become considerably more hesitant to deploy large numbers of troops abroad to combat terrorist groups in partner nations. While drawing down commitments in Afghanistan and the Sahel, they have increasingly sought new tools to achieve foreign policy objectives in weakly governed spaces. One such tool is security force assistance (SFA), which relies on comparatively small deployments of specialized units to create sustainable local counterterrorism capabilities by building up partners’ militaries.

This new focus on SFA is reflected in growing investments in sub-Saharan African militaries, especially in East Africa and the Lake Chad basin where Islamist extremist groups are active. From 2015 to 2020, the United States provided over $4.8 billion in SFA to sub-Saharan Africa. The largest recipients were Somalia, Kenya, Uganda, Cameroon, Chad, South Sudan, and Niger.

My research suggests that the United States is investing in poor partners. The vast majority of these large SFA recipients are repressive, heavily coup-proofed, authoritarian regimes. By strengthening their coercive capabilities the United States is alleviating pressures for political reform and aggravating popular grievances—contributing to long-term poor governance and worsening violence.

The United States’ key partners in Africa are dictatorships. Presidents Paul Biya of Cameroon and Yoweri Museveni of Uganda have been in office since the 1980s and maintain an iron grip on power. In April 2021, after three decades of rule, Chad’s President Idriss Déby died on the battlefield. The military stepped in, ignored constitutional succession procedures, and installed his son in what has been called a “dynastic coup.” Freedom House consistently gives both Somalia and South Sudan abysmally low scores for civil liberties and political rights.

Niger and Kenya look more promising—but are still struggling to make the transition to democracy. In March 2021, Niger transferred power from one democratically elected leader to another—for the first time in its history—and survived a failed military coup attempt in the process.

Kenya has held competitive elections, with real alternation of power between political parties since 2003. But Kenya also has a poor human rights track record, especially around elections. Current President Uhuru Kenyatta and Vice President William Ruto were both accused by the International Criminal Court of orchestrating the 2007 ethnic violence that claimed over twelve hundred lives. They evaded prosecution by allying together on a single ticket and then, once in office, allegedly interfering with the investigation and disappearing witnesses.

The United States, in other words, is predominantly building up the military capabilities of authoritarian governments in sub-Saharan Africa.

Dictators live in the shadow of violence. They face the constant threat of overthrow, especially by military coup. To guard against this threat, dictators extensively coup-proof their militaries.

My research focuses on one such coup-proofing tactic: ethnic stacking. Ethnic stacking occurs when leaders strategically recruit and promote members of their own ethnic groups into the armed forces to bolster loyalty. Sometimes this only affects key command-and-control positions or the upper ranks of the officer corps. Other times leaders ethnically stack all the way down to the rank and file.

I have recently collected comprehensive data on such ethnic stacking practices across all African leaders, from independence to 2018. More than half of African autocrats ethnically stack their militaries. Even autocracies, such as Gabon under Ali Bongo Ondimba and Côte d’Ivoire under Félix Houphouët-Boigny, that appear ethnically inclusive on the civilian side—with diverse cabinets, legislatures, and bureaucracies—still often ethnically manipulate security institutions.

These militaries are designed to loyally serve the dictator—to keep him in power. Indeed, leaders with ethnically stacked security forces stay in power over 50 percent longer than those with diverse forces.

Of the top seven sub-Saharan African recipients of US SFA, five have ethnically stacked militaries. The current leaders of both Kenya and Uganda only stack key command-and-control positions, leaving most ranks diverse. In Cameroon, Biya recruits members of his ethnic group, the Beti, extensively throughout his presidential guard and the army officer corps. In both Chad and South Sudan, ethnic stacking extends down to the lowest ranks of ordinary soldiers.

The other two countries, Somalia and Niger, are grappling with legacies of ethnic stacking that still impact their civil-military relations. In Somalia, President Hassan Sheikh Mohamud, who governed the country from 2012 to 2017, is from the Hawiye clan. He presided over much of the construction of the new Somali National Army, which has predominantly been recruited from three subclans of the Hawiye from the Banadir region. His successor as president, Mohamed Abdullahi Mohamed, comes from a different clan, the Marehan Darod, and has had to cope with a potentially hostile army. Just last week, Mohamud was reelected to the presidency.

In Niger, the core of the army was long dominated by westerners and especially the Djerma. The army has slowly been diversifying since reform agreements were reached back in the 1990s. Nonetheless, the current elected president—an easterner from the minority Diffa Arabs—survived a failed coup attempt by western soldiers on the eve of his inauguration.

SFA to such ethnically stacked militaries strengthens the repressive capabilities of the state, especially against ethnic groups broadly excluded from state power. Units trained and equipped by the West may initially support Western interests and be deployed against common threats, such as al-Shabaab or Boko Haram. Yet these enhanced units will always be a tempting resource for the dictator to use to suppress mass protests or rebellions, which often arise in authoritarian contexts of ethnic exclusion and discrimination.

In Cameroon, for example, the United States, France, and the United Kingdom have invested resources in the Rapid Intervention Battalions (BIR)—an elite unit trained in counterinsurgency and counterterrorism tactics to further the fight against Boko Haram in the far north of the country near the Nigerian border. But when the Anglophone Crisis erupted in 2017, in which violent separatism proliferated after the government repressed mass protests against increasingly harsh language policies, Biya quickly redeployed military forces south—including parts of the BIR. They have now become embroiled in repression against the Anglophones, often conducting operations jointly with the army and gendarmes, and have been identified as culprits in widespread human rights abuses.

By strengthening the repressive capacity of dictators, SFA inadvertently undermines domestic pressures for better governance while creating new grievances. This serves to simultaneously prop up dictators while fueling violence in the very places where improved governance is most needed.

In effect, the United States is trading short-term tactical gains in the fight against terrorism for an overall downward spiral of instability.

What Is to Be Done?

The United States should be more selective in its local partners. It should resist the temptation to prop up flailing authoritarian regimes with ineffective, ethnically stacked militaries, poor governance practices, and terrible human rights records.

This is not an easy choice where extremist groups are active. It may come with real costs as these groups gain ground and undermine government stability, at least in the short term. But if the goal is promoting long-term peace and stability across Africa, then security assistance measures today shouldn’t inadvertently fuel tomorrow’s rebellions.

Rather than try to militarily defeat terrorism in Africa through such dodgy partners, the United States could pivot to a strategy of containment. The United States has a range of tools—mostly financial and intelligence-based, and including international collaboration in freezing assets, monitoring air travel, preventing money laundering, disrupting social media and web content, and digitizing border-crossing management—to disrupt the ability of these groups to organize attacks and project power beyond the territories they control. These are tools that the United States can use without strengthening the coercive power of some of the continent’s worst dictators.

The United States can also shore up good governance and military capabilities in more promising neighboring states—especially democracies or liberalizing governments that are more inclusive and more competent. The United States should help protect them from regional disorder while enhancing their ability to intervene in local trouble spots.

Ghana, Senegal, and Benin, for example, are all relatively stable democratic countries and leading voices in the Economic Community of West African States (ECOWAS). ECOWAS has repeatedly used its collective military forces to preserve regional stability, including through traditional peacekeeping missions in Sierra Leone and Liberia as well as missions enforcing election results in Gambia. ECOWAS also has an active counterterrorism agenda, including combating money laundering and terrorist financing.

The member states of ECOWAS—and Ghana, Senegal, and Benin in particular—have deep interests in stabilizing neighboring Mali and Burkina Faso. Yet they all struggle with limited resources and financing. The United States could direct more security force assistance their way—without any of the negative repercussions of investing in dictatorships.

Kristen A. Harkness (@HarknessKristen) is a senior lecturer in the School of International Relations at the University of St. Andrews.