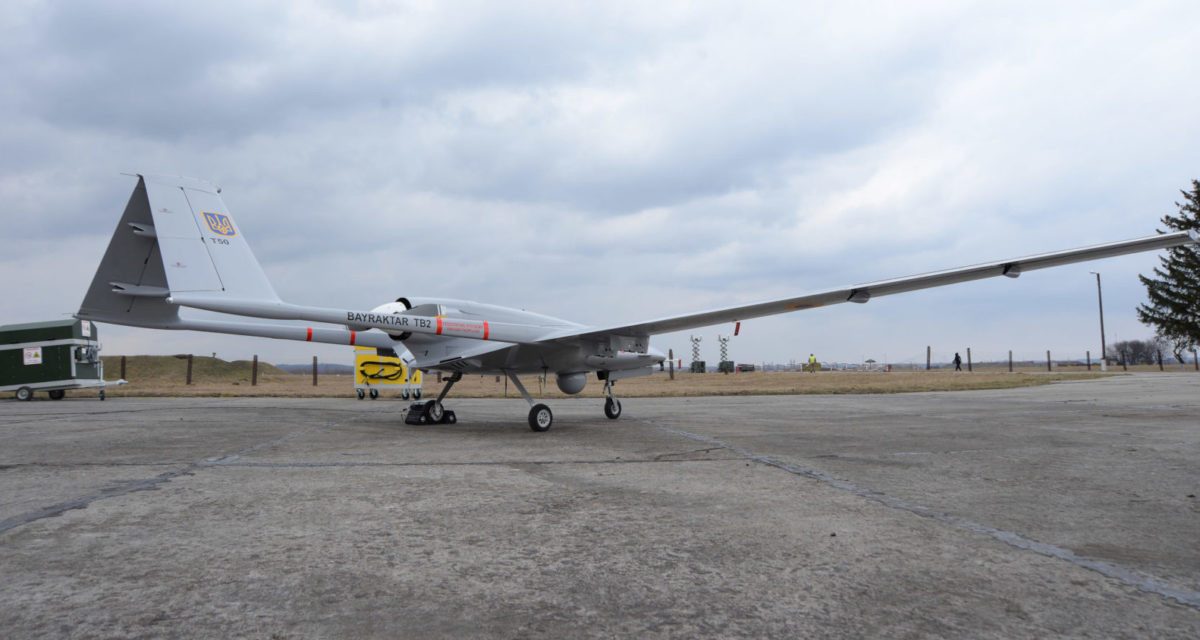 The ongoing conflict between Ukraine and Russia has seen significant drone use on both sides. Ukraine has made extensive use of drones, from the Turkish-made Bayraktar TB-2 to hobbyist drones supporting civil resistance. Although evidence of Russian drone use early in the conflict was limited, Russia appears to have stepped up its efforts, employing systems like the Orlan-10 and the KUB-BLA loitering munition. Drones have been used in a wide variety of roles from carrying out strikes to guiding artillery and recording video that feeds directly into information operations.

The conflict offers at least seven initial lessons that should influence the thinking of US planners, policymakers, and military leaders about the future of the United States’ own drone capabilities. While the conflict is ongoing and some of these lessons may change, the basic points are general enough that even radical changes are likely to add nuance to these points, rather than rendering any of them less meaningful.

1. Drone warfare is relevant to conflict with a peer or near-peer adversary , , ,

Various analysts have been skeptical about the relevance of drones to conflict between advanced militaries. Such forces have sophisticated air defense systems, electronic warfare countermeasures, and specialized counterdrone systems that will rapidly mitigate any drone threat. But that’s not what happened in the Ukraine-Russia conflict. For some, even modest air defenses mean drones would play limited roles.

While Russia has shot down a few Ukrainian drones, much of Ukraine’s fleet of Bayraktar TB-2s, the Turkish-made military drones that proved devastating in the 2020 Nagorno-Karabakh War, remains intact more than two months into the war. TB-2s have carried out numerous successful attacks against Russian forces, accounting for almost half of Russia’s surface-to-air missiles that have been destroyed and helping to sink the Moskva, the flagship in Russia’s Black Sea Fleet. Drones have also aided intelligence and reconnaissance, such as guiding Ukrainian artillery strikes. Drones have also been a major propaganda win for Ukraine, helping provide images and video of Ukrainian strikes. Drones are perceived to be such an important part of Ukrainian success so far a song was written to celebrate the TB-2.

During the Nagorno-Karabakh conflict, drones operated by Azerbaijani forces were highly successful in taking out Armenian platforms. Open-source analysts attribute the destruction of 120 tanks, 53 armored fighting vehicles, 143 towed artillery pieces, and numerous other targets to Azerbaijan’s TB-2s. By comparison, so far in Ukraine, the TB-2s’ successful strikes have been high profile, but have destroyed only six armored fighting vehicles, five towed artillery pieces, and no tanks. But it’s also not clear Ukraine needed drones to fulfill the same role as Azerbaijan. Western military powers made a tremendous effort to provide Ukraine with Javelin and other antitank missiles. Using antitank missiles instead of drones against tanks makes a lot of sense, though it also makes direct comparison with drone use in the Nagorno-Karabakh War difficult.

Ukraine’s drone successes may also really just be Russian failures. Russia’s military operations in Ukraine have been marked by significant problems, with its campaign plan failing to provide adequate logistics support, prepare for the stiff Ukrainian resistance, and establish air superiority, among other problems. Russia’s failure to adequately counter Ukrainian drones may just be one more error to add to the list. Perhaps a better-prepared military would not have the same drone problem.

Russia is no novice to drone warfare. Russia used and was on the receiving end of drone attacks during the conflict in Syria. Yet Ukrainian drones have still had significant impact. Sam Bendett, a leading analyst of Russian drones, notes that Ukrainian drones flew in close proximity to Russian vehicles without the counterdrone or electronic warfare protection he would expect. Perhaps Russia did not follow established doctrine around counterdrone systems. This suggests Russians soldiers simply may not appreciate the threat.

Of course, this problem is not unique to Russia. Similar dynamics may arise in other countries too, whereby soldiers who have not experienced drone warfare may discount the threat it poses. On the flipside, they may also discount the utility of their own drones. In the US Army, for example, risk aversion has been noted as a longstanding problem plaguing tactical drone use.

4. Targets especially vulnerable to drones must be identified.

Even if Russia did a better job of counterdrone operations, there always will be limits. Drone detectors and interceptors have different advantages and disadvantages, and supply will always be limited just the same as any other military capability. Technological, doctrinal, and conceptual changes will also affect detector and interceptor use and success, for good and for ill. For example, the vast majority of counterdrone systems are jammers, either severing drone command or GPS links. As drones become more autonomous and less dependent on GPS, jammers will be less effective. Even militaries that prove much more effective than Russia at counterdrone operations will have vulnerabilities.

The big, obvious question becomes this: What targets will be more or less vulnerable to drones? Answering that question is difficult. It will require the United States and allied nations to understand adversary doctrines, concepts, and technological capabilities around drone employment. The location and type of detectors and interceptors will be a big factor. Some analysis has suggested critical differences between defending static and mobile assets. This seems plausible: Static assets, especially high-value ones, might be equipped with layered sensors and interceptors to identify and counter a broad range of drone threats. Those defenses can be selected for the particular environment (e.g., if a critical building or base is near a crowded urban area, it is prudent not to rely primarily on sound-based detectors). Mobile assets will have limited organic counterdrone systems, which may have more or less value depending on when and where a drone attacks.

The United States and allied nations should also think about how they deploy and use drones to exploit those vulnerabilities. Wolf pack tactics developed for submarines in World War II might prove useful. Because drones need relatively small support infrastructure compared to manned aircraft, they can be dispersed more broadly across a theater of operation. When intelligence identifies targets vulnerable to drone strikes, multiple drones may be launched from disparate areas and converge as a group on the target. An unmanned, airborne wolf pack could include everything from simple modified commercial systems to specially designed military systems. Like submarine warfare, a wolf pack could prove particularly adept at striking vulnerable logistics convoys.

5. Drones are expanding the information environment.

Social media, smartphones, and drones have helped create a virtual panopticon in the Ukraine conflict. The Ukrainian military, Ukrainian civilians, and observers around the world have built unprecedented awareness of the day-to-day conflict, capturing stories of horror and heroism. The torrent of information helps in three ways. First, the Ukrainian military monitors Russian troop movements and uses information to guide strikes. Second, there is a morale component, whereby Ukrainian military and civilians may be encouraged about the war effort. Third, the awareness provides unprecedented insight, which no doubt encourages global allies to provide diplomatic, economic, and military support.

The role drones play within the panopticon is twofold, expanding the range of sight and strengthening propaganda efforts. Even commercial drones can range miles away from the operator, providing a much broader field of view than that of a person alone. Drone also capture live images and video of events on the battlefield, which can help demonstrate the success of the Ukrainian military. The Ukrainian government encouraged this with calls for civilians to donate their drones to the war effort.

The Ukrainian military absolutely has proved its mettle against Russian forces; however, Ukraine is hardly considered a great power. Ukraine ranks fortieth in the world for defense spending, outspent by the likes of Vietnam and Kuwait. Ukraine’s drone success adds evidence to broader claims that drones offer significant military capability at relatively low cost. The Armenia-Azerbaijan conflict reinforces that: Azerbaijan ranks sixtieth in defense spending, just below the Czech Republic. Drones offer relatively cheap access to airpower, and training requirements are likely far smaller than with manned aircraft, particularly because various operations can be easily automated: the TB-2 can taxi, take off, land, and cruise autonomously.

7. Air superiority concepts may need to be adjusted.

There can be no doubt that Russia has struggled to establish air superiority over Ukraine. But even if Russia were far more successful, drones still complicate the picture. Flying numerous, successful high-altitude air superiority missions does not mean much for low-altitude drone threats. A commercial quadcopter isn’t going to be in a dog fight with a Russian Sukhoi Su-35, but neither is that Su-35 well equipped to stop the quadcopter from carrying out an aerial attack.

Even if Russia managed to destroy every Ukrainian airstrip, drones do not need much to take off. This creates a similar challenge to man-portable air defense systems: air threats may be highly distributed, difficult to identify, and even more difficult to prevent. Air superiority concepts do not need to be thrown out, but drones add complexity to what it means to have control of the air.

In certain cases, even simple drones can create real threats to air assets. In September 2020, a hobbyist drone struck a police helicopter in Los Angeles by accident. An affidavit in the subsequent criminal case noted that a strike on the helicopter’s main rotor would have brought the helicopter down. Although militaries have long tested aircraft for resilience against bird strikes, drones have much harder materials, may be flying much faster, and may carry explosives. Drones also allow for the creation of aerial minefields, in which drones fly about and autonomously target nearby aircraft. The Russian Lancet-3 loitering munition reportedly is aimed at creating such a capability.

Of course, every conflict is unique. Future conflicts will have different participants with different military capabilities and organizations, and will be fought over different territory with different strategic goals. Drone technology, concepts of operation, and counterdrone capabilities are also evolving. But the war in Ukraine is making one thing very clear: drones have a place in modern warfare and any military that hopes to achieve its battlefield objectives needs to pay attention.