Sex, Readiness, and Doctrine: The Case for Including Sexual Health in the Army’s Holistic Health and Fitness Manual 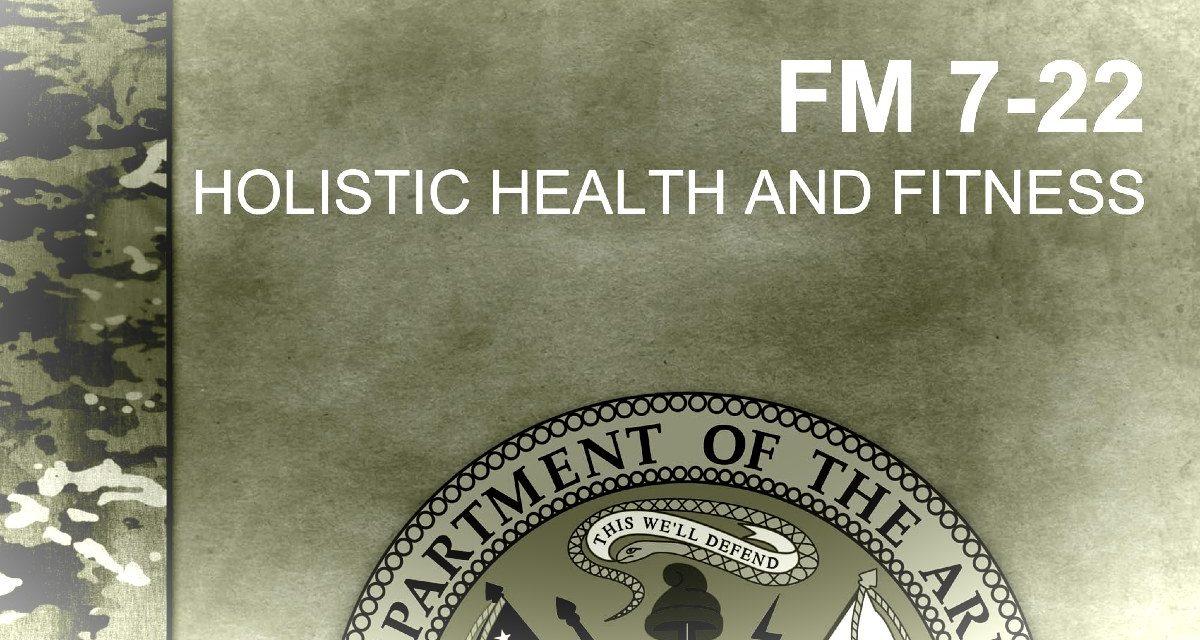 Last year, in response to a concerning upsurge in sexually transmitted infections, the Department of Defense highlighted initiatives in place to address the sexual health of the military. While the military’s rate of sexually transmitted infections has historically outpaced that of civilians, the infection rate for gonorrhea and chlamydia over the past decade became much worse. Between 2012 and 2020, the annual incidence rate for gonorrhea increased by 48.7 percent, and between 2013 and 2019, the annual incidence rate for chlamydia increased by a whopping 64.0 percent. Not unrelated, the 2018 DoD Health Related Behaviors Survey (the most recent DoD survey on sexual behavior) found a substantial portion of service members are engaging in high-risk sexual behavior in the form of multiple sexual partners and unprotected sex. At the same time, cases of sexual assault and unintended pregnancies continue to rise. The alarming trend of sexual assaults, sexually transmitted infections, and unintended pregnancies make it clear that many soldiers engage in sexual behavior that compromises military readiness. Collectively, these statics present a compelling argument for the military to better address issues of sexual health.

To be sure, responding to problematic sexual behavior in the military is nothing new. For over 240 years, commanders and military medical practitioners have employed various methods to do so, ranging from financial and administrative penalties, shame tactics, screening and prevention programs, and general orders to stop sexually transmitted infections, unintended pregnancy, and sexual assault. Most tactics yielded limited, if any, sustained success. Though antibiotics have helped drop the sexually transmitted infection rates from the peak numbers of the Civil War, significant infection rates persist today, especially for female service members, who display higher rates for all sexually transmitted infections except for syphilis. Though the wars in Iraq and Afghanistan did not have thousands of unintended pregnancies between service members and local nationals (as was the case in the Korean War and Vietnam War), there were problems of unintended pregnancies among active duty women. (Similarly, during the Persian Gulf War, pregnancy was the most common reason for a female service member’s evacuation out of theater.) Most recently, the military’s inability to combat the longstanding sexual assault epidemic led Congress to seek to “remove the prosecution of sexual assault and related crimes from the military chain of command.” So, generations come and go, yet problems surrounding sexual behavior in the military remain, leading to messy second- and third-order consequences. What should be done?

For the Army, a critical step for sustainable success is adding sexual health to Field Manual 7-22, Holistic Health and Fitness. The primary goal of the Army’s holistic health and fitness (H2F) doctrine is to improve readiness by focusing on five domains that contribute to optimal performance: physical readiness, nutritional readiness, mental readiness, spiritual readiness, and sleep readiness. The positive and negative impacts of sexual behavior on physical and mental health are well documented, yet sexual relationships are surprisingly absent from the publication. The Uniformed Services University, the US government’s health science university, reports consensual, regular, and healthy sexual activity is part of a healthy lifestyle that improves overall military wellness. The benefits of sex include “reduced blood pressure and stress, as well as improved health, sleep, intimacy, life satisfaction, and mental health.” Furthermore, consensual intercourse with a trusted partner can foster better physical and emotional health. By excluding sexual health, H2F misses the opportunity to emphasize the connection between sexual health and holistic health, which would improve readiness. As noted in the 2015 and 2018 DoD Health Related Behaviors Surveys, “Sexual health is a key aspect of mental and physical well-being.” But while some sexual relationships will improve physical and emotional health, others will damage it.

An experience of sexual violence or contracting a sexually transmitted infection can have harmful psychological, emotional, and physical consequences. Likewise, women in the military display higher than average rates of unintended pregnancy, which is “an issue both personally and with respect to the warfighting mission.” To address these issues and minimize the consequential impacts on both the health of the force and readiness, leaders should plan and take a more deliberate, proactive approach to sexual health—including sexual activity—rather than simply reacting to the consequences of sexual activity. The Centers for Disease Control and Prevention report that about 45 percent of teenagers are not sexually active by eighteen years old. Consequently, there is a high probability that some young soldiers start sexual activity after graduating high school and joining the military. The military environment is an unused, valuable window of opportunity to influence healthy dating practices, healthy relationships, and healthy sexual behavior—all of which helps to prevent situations that distract from mission readiness. This influence is especially important for junior enlisted soldiers (paygrades E1–E4), who are the most likely to engage in high-risk sexual behavior, have the highest rates of sexually transmitted infections and unintended pregnancies, and “face the highest risk for both experiencing and perpetrating sexual assault.” Far too often, the only guidance about sex is to use a condom, but this implies the primary health hazards from sex are physical. The recent advances in neuroscience research and technology have changed the scientific study and understanding of sexual relationships. These new studies confirm sex is more than a momentary physical activity.

Research has linked adolescents with a history of high-risk sexual behavior to higher rates of depression and suicidal ideations. These findings are comparable to the studies of college students that found “people who engage in more hookups had greater psychological distress.” Of course, not every adolescent, college student, or young soldier having casual sex with multiple partners will end up with poor mental health. Yet science shows why, for some, this can be an outcome. The brain responds to sex and orgasms with an involuntary release of powerful neurochemicals (dopamine, oxytocin, and vasopressin) designed to make sexual relationships both intimate and addictive. There can be an agreement the sex is casual, but neurochemicals cannot distinguish if sexual activity and orgasms are happening between two strangers or two committed partners. This involuntary chemical bonding helps explain the painful emotions experienced during a breakup and why it is not uncommon for casual sexual relationships to become complicated. In the TEDx Talk “Is Casual Sex Bad for You?” casual sex advocate Dr. Zhana Vrangalova encourages people to fight the involuntary attachment with reason: if you start to feel an attachment to a casual sex partner, remind yourself why that person is not a suitable partner and resist the urge to communicate frequently. This is practical advice for a mature adult, but the part of the brain responsible for making mature decisions is not fully developed until an individual’s mid-twenties. This is not to imply soldiers should wait until their mid-twenties to have sex but to illustrate why sexual health education and conversations are particularly beneficial for young adults.

Sexual activity is part of human behavior, military readiness, and overall well-being; there must be zero tolerance for sexual assault in the military, of course, but there is also no reason to accept that sex too often ends with disease or unintended pregnancy. The desire for sex is a hardwired and expected human craving, but like food, not every indulgence is optimal for individual health. Field Manual 7-22’s chapter on nutritional readiness does not stop the attractiveness or convenience of fast food, but it does explain why unhealthy fast food consumption negatively impacts performance. The same is true for sexual behavior. Adding sexual health to H2F will not stop participation in high-risk sexual behavior, but it will explain how sex impacts performance and plant the seed for meaningful, systemic changes. The issue of sexual behavior is complex. Adding sexual health to H2F will open the door for constructive conversations among military professionals—from senior leaders to junior soldiers—centered on improving individual holistic health and overall military readiness.

Margaret G. Murphy is the chief paralegal NCO for the 4th Legal Operation Detachment under the United States Army Reserve Legal Command. Before joining the Army Reserve in 2021, she spent twelve years on active duty assisting commanders and judge advocates with various cases involving sexual assault, sexual harassment, and sexual misconduct. She is currently a paralegal for the Department of Justice in Newark, New Jersey.