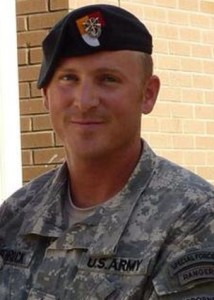 SFC Rothrock is married to Cinzia Rothrock, a native of Podova Italy.  They have one daughter, Emma Rothrock.  His parents are Robert Anderson Rothrock and Amanda Beth Young, both residing in the Dallas/ Fort Worth area of Texas.