Sharpening the Spear: Moving SOF’s Operating Concept Beyond the GWOT 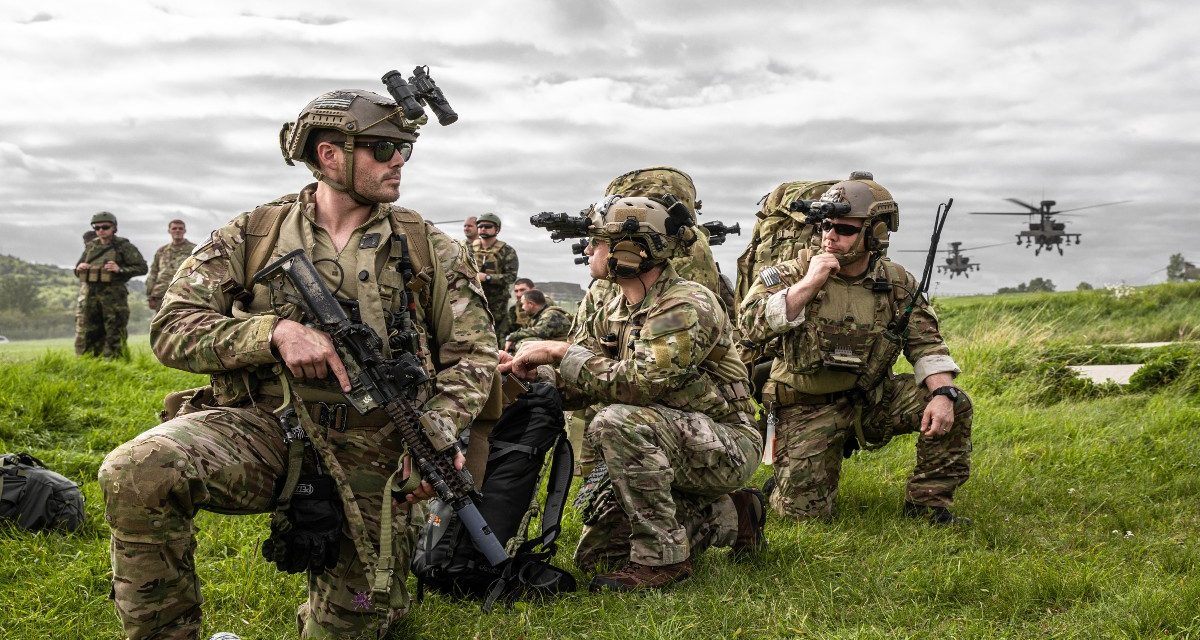 Emerging from the shadows in the aftermath of 9/11 through the campaign that toppled the Taliban, special operations forces became the favored tool for military and civilian leaders alike. This newfound prominence brought United States Special Operations Command (USSOCOM) more funding and a broader set of missions, and it fed special operators, regardless of parent service, into the fight in Iraq and Afghanistan. After twenty years of conflict, the various special operations components—from the Army, Navy, Air Force, and Marines—look remarkably similar in many ways. More than twenty years after entering the public consciousness, the end of operations in Afghanistan provides USSOCOM with an opportunity to reshape the joint special operations force for future conflict.

Under the 2022 National Defense Authorization Act (NDAA), USSOCOM must articulate an operating concept that supports the Joint Warfighting Concept—the Department of Defense’s overarching vision for what requirements each service needs to provide. To articulate an effective operating concept, leaders in USSOCOM must do three things: First, they must overcome a deep sense of nostalgia for the lavish support and prime billing that special operations forces received during the preceding two decades of war. Second, they must resist the urge of special operations component commanders to subordinate their operating concepts to those of their parent services. Lastly, they must exercise the will to contract, not expand, the special operations force’s mission set.

The US military services each establish operating concepts that guide the long-term direction of the force. These capstone concepts anticipate the character of future conflict, creating a benchmark against which to measure changes in doctrine, training, equipment, and organization. These changes are informed by the anticipated future requirements of the force employers—the geographic combatant commanders in charge of overseeing military operations within specific regions.

The chairman of the Joint Chiefs of Staff, in a role that former Chairman Gen. Joe Dunford described as “global force integrator,” has loosely refereed this process in recent years through the development of a capstone concept for joint operations. However, the draft Joint Warfighting Concept is a significant departure from the past, insofar as it will be the first overarching operating concept that seeks to more deliberately define the missions that each service will have to perform, channeling collective efforts to build capability and capacity for future conflict.

The wars in the Middle East led to an unprecedented expansion of the role of special operations. Special operators became the main effort in counterinsurgency and counterterrorism operations. Better trained, better equipped, and more agile than conventional forces, special operators were ideally suited to take the fight to an elusive enemy. Such prominence won USSOCOM lavish resources. Responding to an increase in demand for their services, every service expanded the ranks of its special operators, with the Marine Corps going so far as to create an entirely new special operations component.

The GWOT experience sets a false expectation for the future of special operations. Individual special operations components should expect their budgets, and their overall end strength, to continue to shrink in the coming years. Any new operating concept must embrace this reality.

The prominence of the special operators may shrink, as well. With American military focus shifting toward the Indo-Pacific, a theater of definitively naval character, the prominence, influence, and support afforded the Navy must grow, as well. This does not mean that special operations forces have a marginal role in this theater, only that the priority of their efforts must be secondary, or at least supporting, to that of the maritime component.

American special operations are inherently joint, and any capstone concept should force the creation of varying degrees of jointness. Army special operators, for instance, should not have to participate in every single iteration of the Army’s combat training centers, the major training venues for Army conventional forces. Instead, they should seek consistent roles in Navy, Marine, and Air Force service exercises. Regionally aligned special operations forces ought to seek out opportunities for integration that best match their likely operating environment. This means that forces aligned to the Pacific seek more work with the Navy and Marines, while special operations units oriented toward Europe and the Middle East deepen partnerships with the Army and Air Force. Defining a joint special operations concept for employment will help to break down the cultural divide between special operators from one service and conventional forces from another.

Though leaders at USSOCOM appear to have little appetite for advocating for the creation of a separate service, they would do well to minimize the operational alignment of special operations components to their parent services. Marine special operators, for instance, should view themselves as special operations forces first, and Marines second, reflecting the likelihood of employment alongside or in support of any of the services.

In 2020, the US Army Special Operations Command (USASOC), in partnership with Army Futures Command, published a pamphlet that described the role of Army special operations within the US Army’s broader operating concept—multi-domain operations. This was an important and necessary step toward articulating the role of Army special operators in future conflict. However, USSOCOM must articulate an operating concept that supports multiple service concepts. For instance, it is highly likely that a future war in Asia would see the maritime services—both the Navy and Marine Corps—in the lead. While the Army would probably have an eventual role in such a conflict, this role would likely come later. However, given the regional alignment of USASOC and the fact that the command is larger than all of the other special operations components combined, Army special operators will have a significant role in the conflict, likely well before the Army’s conventional forces.

USSOCOM must exercise the will to resist mission creep. Empowered with purpose and with clear divisions of labor, the special operations components can develop the capabilities required for future competition and conflict.

Army Special Forces traces its lineage to the Office of Strategic Services, the World War II forerunner to the Central Intelligence Agency, which focused on operations with guerrillas behind Axis lines. In keeping with this lineage, Special Forces ought to focus on its principal missions of foreign internal defense and unconventional warfare. So-called direct action—pinpoint attacks against the adversary—are sometimes secondary missions within foreign internal defense and unconventional warfare. By being regionally focused, Special Forces add value through their ability to accomplish missions with and through partner forces. Anything that smells of unilateral action should be jettisoned. As independent missions on land, direct action should be the prerogative of the 75th Ranger Regiment and other elements that exclusively focus on precise, unilateral attacks.

Naval Special Warfare’s return to the sea has already begun. Unlike its Army counterpart, for whom war with and through a local partner force was always the primary mission, naval special operations forces have never been as partner-focused as their Army counterparts and were historically far more focused on direct action and reconnaissance against targets at sea and along the littorals. This is a sensible mandate and leaders should seek to limit the employment of naval special operators in anything that is not a clearly maritime environment.

The Hazards of Specialization

It’s true—USSOCOM embracing greater degrees of specialization by its components does limit the overall flexibility of special operators to respond to any and every crisis. Reducing the number of core special operations missions for each component may also decrease USSOCOM’s overall budget. However, this greater specialization enables special operations forces to increase their capability to accomplish the missions that the command sees as most important—those that most directly support the overall objectives of the joint force.

If USSOCOM can jettison some cultural norms and expectations from two decades of war in the Middle East, embrace its service-like responsibilities, and be judicious about the missions that it takes on, the command can craft an operating concept that supports the joint force. By providing purpose and realistic constraints to the special operations forces, USSOCOM will empower the components to build the right capabilities that can guide special operations force design for the next decade.

Gordon Richmond is a US Army Special Forces officer assigned to the 1st Special Forces Group (Airborne) and the deputy director of fellows at the Irregular Warfare Initiative.