How Smartphones will Reshape the Modern Battlefield 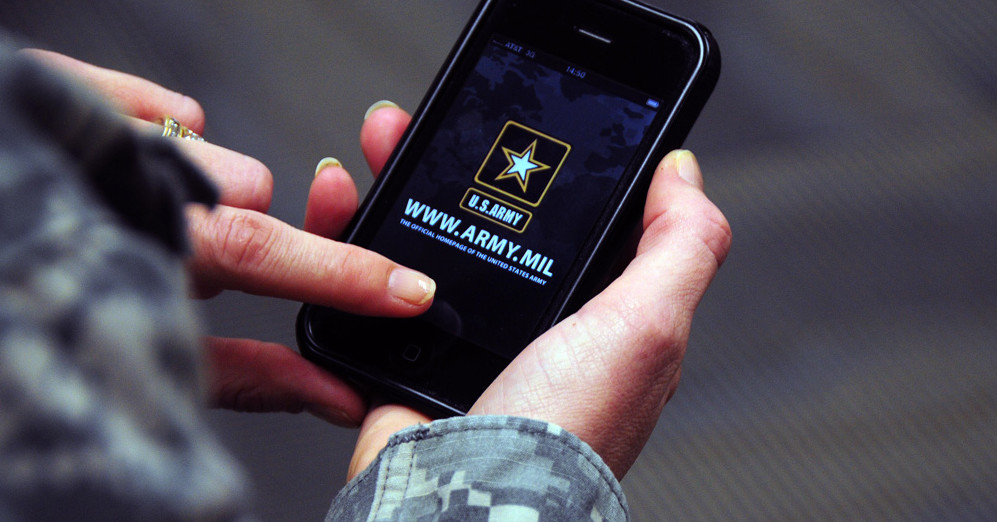 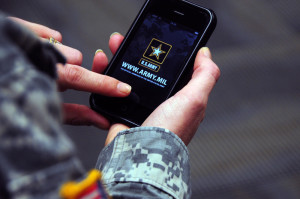 Military theorists have researched the evolution of technology throughout history and analyzed the importance of new weapons developments that have dramatically altered the face of war. From the introduction of the chariot during Antiquity, which offered armies the power of mounted combat, to the development of the nuclear weapon during the Industrial Age, which provided nations the power to destroy whole cities with a single bomb, innovations have played a critical role in military success. In today’s Information Age, our knowledge-based society operates on the promise of improved efficiency and personalization, and our news is constantly filled with announcements touting the latest technological advancements that will yield radical change for future armies. From power suits that turn soldiers into supermen, to swarm technology that will make autonomous drones a reality, a countless number of military innovations are being developed that seek to take advantage of the digital revolution. However, the single innovation that will truly reshape the modern battlefield in our lifetime is one that nearly every teenager in the U.S. already has in his or her possession—the portable smartphone.

The smartphone already yields significant impact on civilian applications, providing personalized information and services at one’s request and linking individuals into communities with shared interests. However, it is important to note that the smartphone technology is not radically new; it simply integrates existing technologies such as wireless sensor networks, embedded systems, machine-to-machine communications, cloud computing, and mobile applications on to a single device. Recent advances in each of these individual technologies is what has allowed such powerful synergies to take place, which, in turn, have enabled cost-efficiencies and relative ease of implementation of the smartphone’s cyber-physical systems, including physical sensing, networking, data analysis, and tailored applications. The smartphone, therefore, has become so ubiquitous and prominent due to three critical and interrelated factors: connectivity (its ability to connect and link into shared networks), adaptability (its ability to have tailored applications users find most appealing or useful), and convergence (its ability to replace a number of single-purpose devices). These three factors also shape how future armies will leverage smartphone technology to gain decisive advantages in tomorrow’s wars.

Digital Age soldiers leveraging military smartphones tailor them to their missions and rely upon a network of experts who serve as their reachback support.

With connectivity, the smartphone permits armies to gain advanced persistent situational awareness and real-time intelligence. Historically, armies gained intelligence by employing their own limited number of sensors and scouts. With military smartphones, soldiers on the battlefield no longer rely exclusively on their military’s own reconnaissance systems; soldiers are able to link into and leverage all existing surveillance systems on the battlefield, ideally tapping into even those that belong to the enemy. Consequently, soldiers gain access to the complete spectrum of intelligence feeds be they military-grade systems introduced on to the battlefield or available systems inherent to the area. Such an advantage would be akin to playing a game of Starcraft II with an Orbital Command Vehicle that when ordered, clears the fog of war view and detects all clocked units within the target area. With such superior situational awareness and intelligence, the military smartphone enabled network-centric army possess a decided advantage.

Adaptability in the smartphone is what permits armies to conduct military operations with smaller footprints that take advantage of near real-time analysis and support. Through the acquisition of real-time intelligence, the military smartphone enabled army consistently and expertly executes ad hoc objectives, and soldiers are able to request military strike packages tailored for their unique needs, circumstances, and missions. The smartphone’s tailorable applications enable soldiers to objectively calculate what package is needed to successfully accomplish an objective as well as expertly request the whole host of military options available, including the delivery of a smart bomb, drone strike, naval gun fire, air force interdiction sortie, insertion of a military strike team, or humanitarian relief package. But unlike the Mobile Infantryman in Robert Heinlein’s Starship Troopers, who gear up in armor exoskeletons made with servo-motors giving them strength to crush a tank and equipped with an arsenal of micro-nuclear warheads, the smartphone provides soldiers with tailored military applications that not only assist with decision-making, but arguably more importantly, link them into the military analytical support centers capable of handling the large amounts of input feeds on the battlefield. Due to its adaptable interface, the military smartphone identifies and focuses soldiers on the set of most probable threats and is configured to address them—customizable for example with a suite of peripherals that detect nuclear, biological, or chemical hazards, sensors that detect armored equipment or armed personnel, biometric gadgets that pinpoint individuals on a wanted list, or a combination of such devices and applications. Digital Age soldiers leveraging military smartphones tailor them to their missions and rely upon a network of experts who serve as their reachback support.

Finally, the convergence we have seen in today’s smartphones similarly reduces the need for large standing armies, transforming them into smaller more nimble organizations that are networked for improved efficiencies. When military smartphone enabled soldiers deploy for operations and encounter threats or situations that exceed their capabilities, their reachback support has already either coordinated on their behalf a reinforcement package or other available aid in their immediate vicinity or queued them for long-range support that can assist from afar, such as from an aircraft, ship, or even space-based platform. As portrayed by the small away teams depicted on Star Trek, the need for large security forces becomes superfluous so long as teams maintain communication with the bridge, have access to the USS Enterprise’s reachback capabilities, and remain within the ship’s protective footprint. By enabling soldiers to expertly perform multiple functions with the help of applications, the military smartphone makes army formations more efficient and lean.

Throughout history, successful armies anticipated the future, adapted, and capitalized upon opportunities. Due to the advantages provided by their connectivity, adaptability, and convergence, smartphones today are already making significant changes in civilian applications. Armies of the future that leverage smartphone innovations will change the face of war and reshape the modern battlefield into one that is befitting of the Information Age. 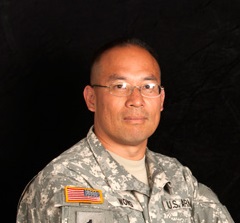 LTC Ernest Wong is the Deputy Director of Research at the Army Cyber Institute and an Assistant Professor with the Department of Systems Engineering. He holds a MS in Management Science & Engineering from Stanford, a MA in Education from Stanford, and a Master in Military Science from the Mubarak Al-Abdullah Joint Command & Staff College in Kuwait. He had the opportunity to work as a NASA Summer Faculty Fellow and has served over 21 years as a Military Intelligence Officer.
Share on Facebook Share
Share on TwitterTweet
Share on LinkedIn Share
Send email Mail
Print Print