Could the Space Force Be the Solution to Everything We Think is Wrong with the Military? 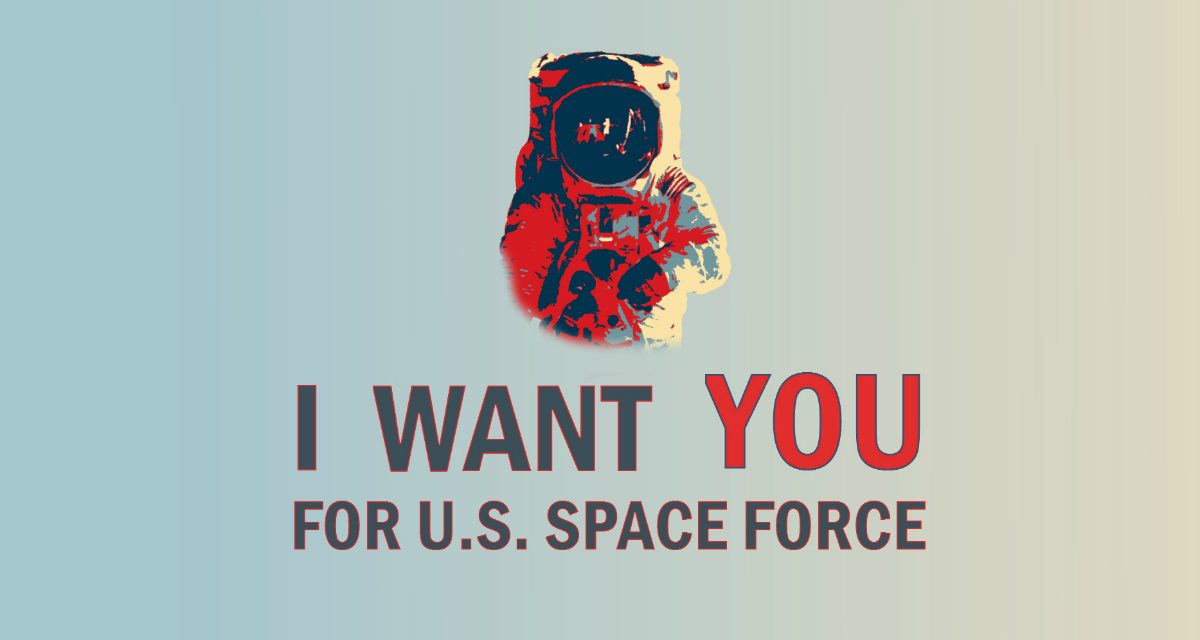 President Donald Trump’s announcement directing the Pentagon to begin planning to create a Space Force has generated countless memes and jokes. And the emergence of a sixth armed service to ensure “American dominance in space” is still far from becoming reality. Prior to the announcement, the idea faced considerable opposition within DoD, and some experts and members of Congress believe congressional action is required to authorize the creation of a new branch of the military.

And yet, the very proposal invites a thought exercise: What if the Armed Forces had the opportunity to come together and build a service from scratch, and in the process perhaps change the way they do business?

A formal vision for the Space Force hasn’t been determined, but that is the beauty—what if we, current members of the existing services, can help shape what it would become? The proposed new service will likely leverage personnel from these other services, so it could be a rare chance to identify what type of officers and noncommissioned officers a twenty-first-century armed service would need, and to work with industry and other governmental agencies to turn the Space Force into whatever the country needs as we move into the future.

If the Space Force’s ranks are initially filled with men and women pulled from the other services, the ideal candidates would be “disruptors”—leaders who don’t want big staffs and work to buck the bureaucracy. Imagine this new organization developing its modified table of organization and equipment in a way that reflected (and addressed) the gripes that echo across the military social media landscape.

You believe operations staff and general/flag officer staffs are too big? Here’s the chance to demonstrate that a small staff can be effective at achieving the mission when a small number of the right people are engaged in problem solving. Across the services, staff sections are underutilized; tasks fall to a few individuals to carry the water for everyone else. Let’s start the Space Force staffs small—a primary and assistant for each section—and see what can be accomplished.

You believe the bureaucracy is out of control? Here’s the chance to trim it down by eliminating redundant reporting requirements trapped in the Cold War era. Having “disruptors” from all the services—high-caliber servicemembers placed in roles with clearly defined purposes—can ensure that “the good idea fairy” gets squashed before it becomes the way of things.

Your think your service has terrible mandatory training? The Space Force is the opportunity to get rid of the stuff that doesn’t matter. If particular training never makes it into the Space Force’s “mandatory training manual” because the representatives from each service thought it was silly, then it just saves everyone time.

You think your service does a bad job with talent management? Maybe the Space Force can provide a case study in finding and retaining the right people. As we determine the duties and responsibilities of this burgeoning service, starting by recruiting officers (O3–O5), warrant officers (W3–W4), and noncommissioned officers (E6–E8) with proven records of excellence from all of the sister services will ensure standards are set high, so that as the organization grows the right people will be guiding it. And when one day the Space Force needs junior officers and soldiers—and when we have the technology to need space shuttle door gunners—the focus should be on building a highly effective organization.

You firmly believe your organization mismanages acquisition? Then the Space Force can build a simple system to work with industry to find the most effective way to get the best equipment into the hands of our space warriors when they need it—not decades after the need for it arises.

Will the Space Force come to be? Who knows? But if it does, then it would be a rare opportunity to put some of the most pervasive gripes about our services to the test. Maybe we’ll discover that our complaints are misguided. But maybe some of them will be proven valid, and we’ll have the opportunity to correct the problems in a new service being built from scratch. And if done right, the best practices could one day trickle over from the newest branch of service, making the entire Armed Forces better.

Capt. Geoffrey Ross is currently an Instructor in the Department of Military Instruction at the United States Military Academy at West Point. A field artillery officer, he has served at all levels from company to brigade as a fire supporter. He completed battery command at Fort Hood, Texas, prior to arriving at West Point.