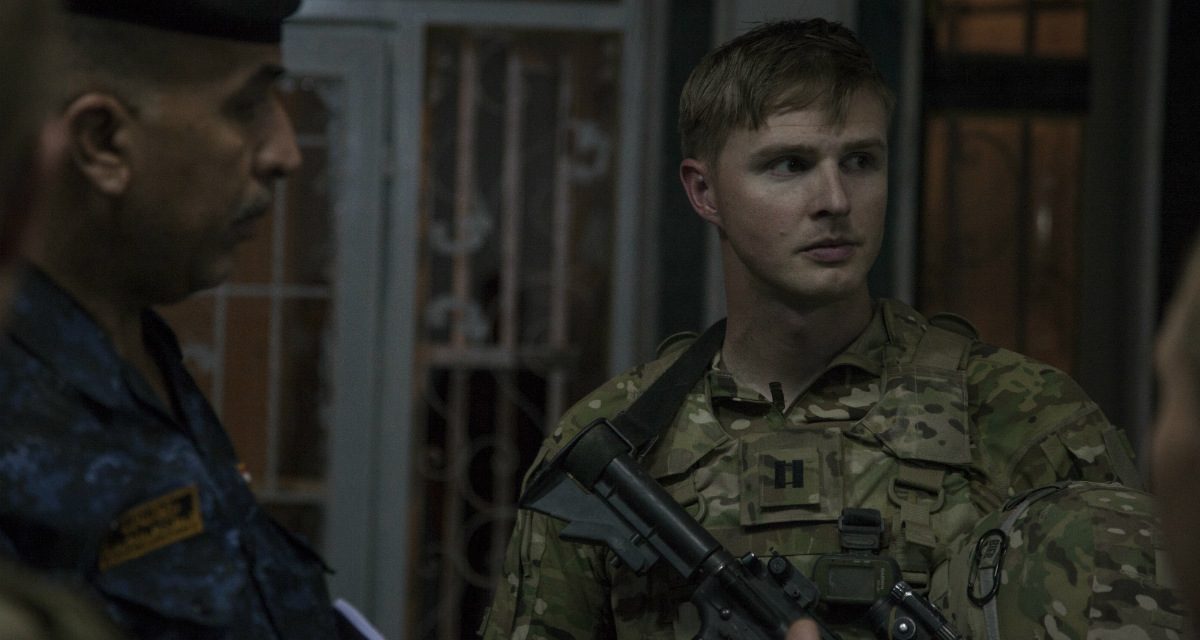 Anyone who read a recent article by Lt. Col. Bill Nance, published by the Modern War Institute, was witness to a heavy criticism of not just the Army’s performance in its advisory mission in Iraq, Afghanistan, and elsewhere, but the overall ways in which the service trains partner forces. The new security force assistance brigades, he argues, not only don’t resolve the problems, but double down on the same flawed systemic approach. His arguments are compelling. Despite some success stories, the US Army has failed to adequately develop competent and professional partners across the globe. Lt. Col. Nance attributes this failure to various factors, two of which are essential to understanding our current struggle to build partner’s capacities.

First, he explains how “highly motivated Americans will work around and through any problems their partners encounter to ensure mission success.” This is how you ultimately end up with an Iraqi Army crumbling before the advance of a smaller and weaker ISIS force in 2014. The culture of America’s officers and noncommissioned officers is mission driven. Couple this with our general ignorance of foreign cultures and you get a situation where American aid is only as valuable as the size and capacity of the American force that accompanies it. Remove the Americans and you are left with a less than optimal local capacity to deter aggression and win conflicts.

Secondly, and most importantly for Lt. Col. Nance’s prescriptions, the United States dedicates too many resources to tactical and technical advising while neglecting opportunities to advise and influence partners at the institutional level. He argues that by focusing our efforts at exporting components of our professional military education system we would be able to build stronger relationships and achieve higher levels of trust. This endeavor, he concludes, represents “the true forty-year mission, and one that will actually build capacity.”

This much, at least, is not a controversial statement: the key to building partnerships and partner capacity is trust and mutual understanding. You don’t get there by deploying a revolving door of tactical leaders who execute their mission, redeploy, and then are never heard from again. Expanding institutional and organizational interactions is decisive to the advising mission—and to building and maintaining influence. Evaluating and updating our own institutions, however, is just as decisive. Facing the deficiencies and failures outlined by Lt. Col. Nance, we must do more than simply expand the foreign area officer or Special Forces programs. If building partnerships and partner capacity is a critical mission for the US Army in the twenty-first century, then it must become a central component of our organizational culture.

Former US diplomat Suzanne Nossel defines smart power as “knowing that the United States’ own hand is not always its best tool: U.S. interests are furthered by enlisting others on behalf of U.S. goals.” Given our global ambitions, responsibilities, and challenges, and our necessarily limited resources, developing the strategic capacity to “win friends and influence people,” in the sage words of Dale Carnegie, is critical. Gen. Joseph Dunford has thus identified “the network of U.S. alliances and partnerships as our strategic center of gravity.” That makes building and maintaining partnerships a critical capacity. So why are we doing so poorly at executing a mission that has been identified by the chairmen of the Joint Chiefs of Staff as critical to our strategic success?

Part of the answer is simple: we’re Americans. And as Americans, we have to confront the phenomenon of what Paul R. Pillar calls “the American prism.” A 28-year veteran of the CIA and a senior fellow at Georgetown University’s Center for Security Studies, Dr. Pillar argues that “a combination of geography, history, and politics has carved the American prism,” which prevents us from understanding the rest of the world. We remain culturally isolated from the rest of the world, despite America’s rise as a global superpower: “The internet is an American creation, global pop culture is disproportionally American culture, and English is the closest thing the world has to a lingua franca,” Dr. Pillar notes. As a result, Americans in general have little familiarity with foreign cultures.

Even on the simple mechanical level of understanding and communicating in a foreign language we are struggling. Only about one-fourth of Americans can carry on a conversation in a foreign language, Dr. Pillar points out, compared to over half of Europeans. More alarming still, according to the Pew Research Center, a majority of American high school students are not even enrolled in foreign language study. Similarly, American citizens are far less likely than their counterparts from other developed countries to have travel experience in foreign countries. This lack of exposure to other languages and cultures clearly handicaps us in our ability to build effective and durable partnerships. Are we doing enough as an institution to overcome this deficit and ensure American officers and noncommissioned officers have the skills they need to engage and influence foreign actors around the globe?

The US Army provides outstanding opportunities for foreign language training and foreign immersion for some of its officers. These opportunities, however, are offered to only a small portion of the force. Most officers, furthermore, are targeted for such training only after several years of active-duty service. Waiting until an officer is thirty years old to send him to intensive language training and a year abroad immersed in a foreign culture might make sense from a Human Resources Command perspective, but it is less than optimal from a pedagogical one. If we want to have a real impact on the force we need to prioritize foreign language and cultural acuity training at the earliest possible opportunity: pre-commissioning education.

In the nineteenth century, West Point was founded and eventually developed into the premiere academic institution for science and engineering in the United States. The father of West Point, Sylvanus Thayer, assembled “a great faculty; in the fields of physics, engineering, and mathematics the best in the United States.” Thayer designed the school around mathematics and engineering because these were the essential tools of military science at the time; West Point would address the needs of the nation by providing officers with the skills they needed to accomplish their mission. But if the nature of warfare has changed since the nineteenth century, then perhaps it is time that we reevaluate and update the curricula at the service academies.

While the service academies provide world-class foreign language courses and offer some cadets and midshipmen the opportunity to participate in study abroad programs, foreign study is not emphasized as if it were critical to achieving our strategic goals. West Point only requires two semesters of foreign language training to graduate. For most this means that they will graduate from the prestigious academy and commission as second lieutenants without having achieved even a basic level of foreign-language proficiency and having participated in, at best, a limited (and in most cases not immersive) cross-cultural program of study.  The United States Naval Academy at Annapolis does a little better: they require midshipmen there to take two years of foreign language study as part of their curriculum. Two years of foreign language study to commission as an ensign in the world’s preeminent expeditionary force, however, is still less than optimal.

We ought to ask the questions: Are our minimum standards for foreign language and cultural education too low? How many young officers from our premiere public institutions are graduating with the basic skills they need to engage and influence partners? How can we expand these programs and give them their proper place of priority within the curricula of the service academies?

Given all the other demands we make for academic, physical, and ethical excellence, it seems obvious that we should demand these young men and women help lead the way in breaking the American prism and creating a more linguistically and culturally fluent joint force. Resources spent at this echelon and with this cohort of young leaders will yield exponential benefits across three different areas: foreign institutional relationship, personal relationships, and officer development. By sending our cadets and midshipmen in greater numbers to foreign military academies, we will influence those foreign militaries over time. These young men and women will also form personal relationships with future leaders from these institutions. These relationships will form the basis of wider organizational ties between us and our partners at the tactical, operational, and strategic levels. And finally, our cadets and midshipmen participating in foreign-exchange programs will gain essential skills in navigating and understanding foreign cultures. The military would have a deep bench of officers (and eventually even deeper, if language and cultural education requirements at other commissioning sources are also strengthened) ready to execute the difficult but decisive task of building partnerships that we can depend on and leverage to meet our national objectives.

Lt. Col. Nance’s evaluation and prescriptions regarding the deficiencies of the US Army’s efforts to develop and maintain partnerships are correct. We do need to focus on advising and influencing allies and partners at the institutional level. This is critical to our global mission. But we also need to look at ourselves and at our own institutional culture. If we want to fight and win in a complex, twenty-first-century threat environment, cross-cultural acuity will be as important to us as math and engineering were to our nineteenth-century predecessors. We need to rewrite it into our organizational DNA; it should be as imperative for an officer to understand and have experience in cross-cultural relations as it is to prepare and present an operations order. Strengthening minimum requirements for foreign-language training and expanding study abroad opportunities and participation rates should be an easy starting point.

Capt. George H. Calhoun commissioned as an infantry officer through Officer Candidate School in 2009. He deployed to Wardak, Afghanistan as rifle platoon leader in 2010 with 2-4 IN and commanded a rifle company and headquarters company with 1-24 IN from 2016 to 2018. He is currently studying for his Master’s Degree in International Policy and Practice at George Washington University’s Elliot School of International Affairs as part of his training to become a foreign area officer assigned to the Latin America region.