Square Peg, Round Hole: Maneuver Warfare and the Urban Battlefield 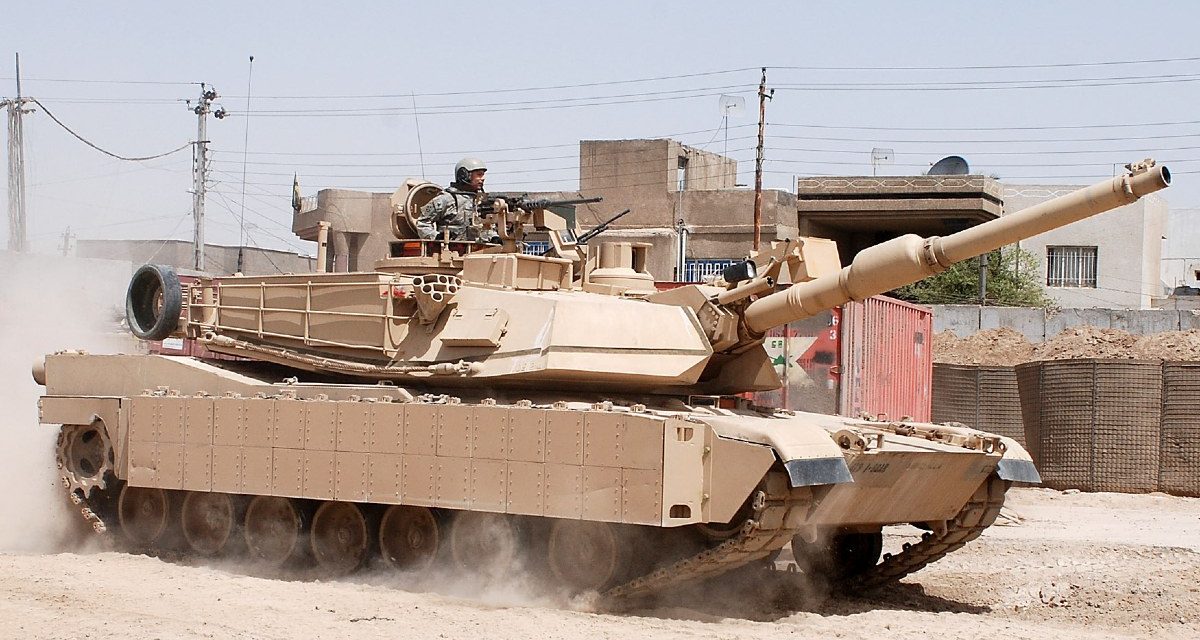 In a recent article, author Paul Barnes argued against assertions made by Professor Anthony King of the University of Warwick a few months ago in an episode of the Royal United Services Institute’s Western Way of War podcast. During the conversation, Dr. King stated that the future of warfare would be increasingly urban, an environment ill-suited for maneuver. Because of this, he argued, boldly, that “maneuver warfare is dead.” Barnes disagrees, claiming in his article that recent history not only shows that maneuver warfare is alive and well, but that what he calls “maneuverist” principles have proven successful in multiple contemporary urban battles.

At the heart of the disagreement, though, is the fact that there isn’t based on a single, clear, shared definition of maneuver warfare. Is it some grand theory describing the application of state power—an application that uses an indirect approach to avoid an adversary’s strengths and then strike with enough surprise and capability to put the enemy at such physical disadvantage or in such psychological disarray that they lose their will to fight? Is it an ancient form of war, thousands of years old and rooted in Chinese theories about defeating an enemy without even fighting? Or is it a more specific warfighting philosophy that is only a hundred years old and put forth by J.F.C Fuller, B.H. Liddell Hart, and others—a philosophy that requires operational speed, mobility, and decisive strikes against less mobile enemies using formations of tanks and aircraft to destroy an enemy’s ability to exercise command and control or organize counterstrikes? Or is the term more literal, a reference simply to the combination of maneuver (movement to secure an advantage) and warfare (military operations between enemies)? Is there a difference between strategic, operational, and tactical maneuver warfare? Are there differences in the theory if applied in the different warfighting domains?

This lack of a shared definition is likely also why Barnes’s article misses a few important points. The opposite of maneuver warfare, for example, is not—as the article suggests—simply attrition warfare that seeks to defeat an enemy by destroying their personnel and equipment with superior numbers and mass. Positional warfare—the use of tactics, firepower, and movement to displace or deny an enemy from an area of advantage—is closer to being maneuver’s opposite.

To simplify the debate and to effectively assess the usefulness of maneuver warfare in land campaigns, the basis of Barnes’s position, one must turn to what landpower military services say it is. While US Army doctrine does not define maneuver warfare explicitly, it does reiterate US joint doctrine, which highlights maneuver as a principle that seeks to “place the enemy in a position of disadvantage through the flexible application of combat power.” Army doctrine also states that conducting land operations requires “the ability to move quickly, operate dispersed, and sustain maneuver over distance.”

So returning to the subject of the impact of an increasingly urban battlefield on the utility of maneuver warfare, the real question is whether maneuver warfare and its associated modern, land-based operating concepts (be it AirLand Battle, Unified Land Operations, or Multi-Domain Operations) are the most effective warfighting methods to be employed in dense urban terrain. The attributes of urban environments reduce a military’s ability to achieve what are needed in land-based maneuver warfare—surprise, rapid mobility, shock, and combined arms warfighting. The fact is that the complexity of the three-dimensional physical terrain, as well as restrictions on the use of force based on protected populations and sites and international laws, norms, and perceptions, makes urban areas the most difficult environment to achieve physical, temporal, or cognitive defeat of an enemy force.

In defense of maneuver warfare in urban terrain, Barnes presents two ideas that warrant further interrogation. First, he states that a maneuverist force should avoid urban battle where the enemy is strongest. He instead believes maneuverism calls for a military force to dislocate or separate the enemy from the urban environment (both the terrain and the population) by besieging urban terrain and waiting for the enemy force to enter open areas, where they can be destroyed. By all definitions, this is an argument for positional warfare (of which siege warfare is a subset) and not maneuver warfare. This is also in line with other scholars who believe an armed force can avoid or prevent urban combat mainly by employing operational speed to strike or block an enemy before they can get to urban terrain, bypassing enemy-held urban areas to reach some other center of gravity, or conducting a siege to cut off supplies to the enemy and waiting for them to give up.

The problem with placing an avoidance- or prevention-based approach at the core of a warfighting theory is that the enemy gets a vote. All warfare is one combatant seeking an advantage over the other to achieve its objectives—even if those objectives are only to avoid being destroyed or dislocated. Yes, joint combined arms maneuver is the most powerful form of land warfare. Therefore, any thinking enemy will seek to avoid or disrupt that strength by defending in complex urban terrain.

The other foundation of Barnes’s argument is that recent historical case studies show the successful application of maneuverist principles. Yet, every case study provided in the article contradicts the same article’s argument in favor of avoiding, bypassing, or laying siege to a city and waiting a defending enemy out. Each of the case studies shows that those were not options based on strategic, operational, and tactical considerations—be they political in nature or functions of time. Furthermore, assessments of what approach was used in each of the battles Barnes mentions is highly debatable. The 2008 Battle of Sadr City involved no maneuver. It was positional warfare to dislocate an enemy from a piece of terrain (rocket firing points) with a major siege component (walling the enemy inside Sadr City, along with the population, and controlling the entry and exit points). Both the 2003 Battle of Baghdad and 2004’s Second Battle of Fallujah involved positional warfare in a deep penetration frontal attack that subsequently transitioned to a defense. This forced the enemy to dislocate their defense and attack the intruding force.

Barnes may be correct that maneuver warfare is not dead. But it needs to undergo major changes to remain the most powerful form of warfare in any environment and enemy situation. All signs related to global demographics, political violence, conflict trends, and increasing adherence to asymmetric strategies point to urban terrain continuing to be the preferred battleground of many combatants. Instead of arguing that modern military forces should avoid urban battle (or that we are actually good at it), we must embrace reality, adapt maneuver warfare for urban environments, and work tirelessly to develop concepts that will rapidly dominate enemy forces in urban terrain and provide more strategic options. This includes creating a new version of maneuver warfare that incorporates evidence-based requirements for multi-dimensional positional warfare.

To be clear, this will take more than just thinking about urban warfare. We must plan for it, and train, man, and equip for it more than we do today. And we must develop more expertise and better capabilities than we currently have so that when our enemies choose to defend urban terrain our strengths will remain superior.

John Spencer is chair of urban warfare studies at the Modern War Institute, co-director of MWI’s Urban Warfare Project, and host of the Urban Warfare Project Podcast. He previously served as a fellow with the chief of staff of the Army’s Strategic Studies Group. He served twenty-five years as an infantry soldier, which included two combat tours in Iraq.