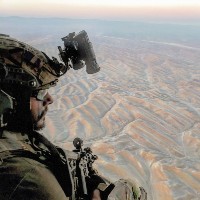 He enlisted in the Army in 2013 after graduating from Springfield College with his bachelor of science in exercise science with a specialization in sports performance. He also lettered all four years on the men’s varsity lacrosse team. SFC Johnson graduated from the Special Forces Qualification Course at Fort Bragg, NC in 2015. He served with 10th Special Forces Group (Airborne) at Ft. Carson, Colorado from 2015 to 2021. SFC Johnson was assigned to an Operational Detachment Alpha as a senior weapons sergeant and combat dive supervisor. He deployed with the detachment to Afghanistan in 2017-2018 and 2019 in support of Operation Freedom’s Sentinel. He also deployed to Latvia in 2021 in support of Operation Atlantic Resolve.