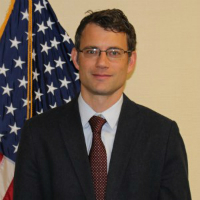 Dr. Lionel Beehner is an assistant professor at the Modern War Institute at West Point and teaches courses on military innovation and research methods. He holds a Ph.D. in political science at Yale University and is formerly a fellow at the Truman National Security Project, a member of USA Today’s Board of Contributors, and a Term Member with the Council on Foreign Relations, where from 2005 to 2007 he worked as a senior staff writer for its award-winning website, CFR.org. He holds an M.A. in international affairs from Columbia University. His research examines the transnational nature of conflict and combat, civil-military relations, and limited military interventions. His writing has appeared in Orbis, The Atlantic, Foreign Affairs, The New York Times, The Washington Post, The National Interest, and The New Republic, among other publications. He lives in Tarrytown, NY, with his wife, dog, and two children.