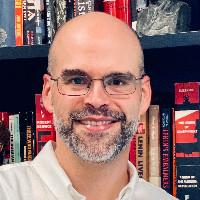 Dr. Rob Person is an associate professor of international relations at the United States Military at West Point where he teaches courses in Russian and post-Soviet politics, international relations, comparative politics, and political economy.  Additionally, he serves as Director of Curriculum for West Point’s International Affairs Program in the Department of Social Sciences.  Dr. Person’s research focuses on the foreign and domestic politics of Russia and the former Soviet states.   His current book project, in progress, examines Russian grand strategy in the 21st century. Dr. Person holds a PhD in political science from Yale University and an MA in Russian, East European, and Eurasian studies from Stanford University.  He is a term member of the Council on Foreign Relations and affiliated faculty of the Modern War Institute at West Point. Visit Dr. Person’s website at https://www.robert-person.com/ or follow him on Twitter: @RTPerson3