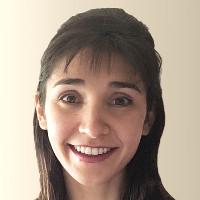 Zhanna L. Malekos Smith, JD, is a senior associate with the Strategic Technologies Program and the Aerospace Security Project at the Center for Strategic and International Studies (CSIS) in Washington, DC, and an assistant professor in the Department of Systems Engineering at West Point.

Prior to joining West Point, Malekos Smith was a professor of cyber warfare studies with the US Air War College. A former captain and attorney in the US Air Force’s Judge Advocate General’s Corps, she received her commission from the ROTC program at the Massachusetts Institute of Technology, where she was a cross-registered student and participated in the Undergraduate Research Opportunities Program. She has held fellowships with the Madeleine Korbel Albright Institute for Global Affairs, the Belfer Center’s Cyber Security Project at the Harvard Kennedy School, Duke University Law School as the inaugural Reuben Everett Cyber Scholar, and Stanford University’s US-Russia Forum. She writes in the areas of space, cybersecurity, emerging technologies, and international relations. Ms. Malekos Smith’s writing and commentary has appeared in the Los Angeles Times, POLITICO, Nature, The Hill, Physics Today, Lawfare, and Le Figaro. She has presented her scholarship to various audiences including DEF CON, RSA Conference, and ShmooCon. She received a BA in Russian and international relations from Wellesley College, an MA and Associateship of King’s College (AKC) from King’s College London, Department of War Studies, and a JD from the University of California, Davis, where she pursued a self-concentration in cyberlaw. She serves as a volunteer consultant for Hostage US, a nonprofit that supports the families of Americans taken hostage abroad and hostages when they return home.