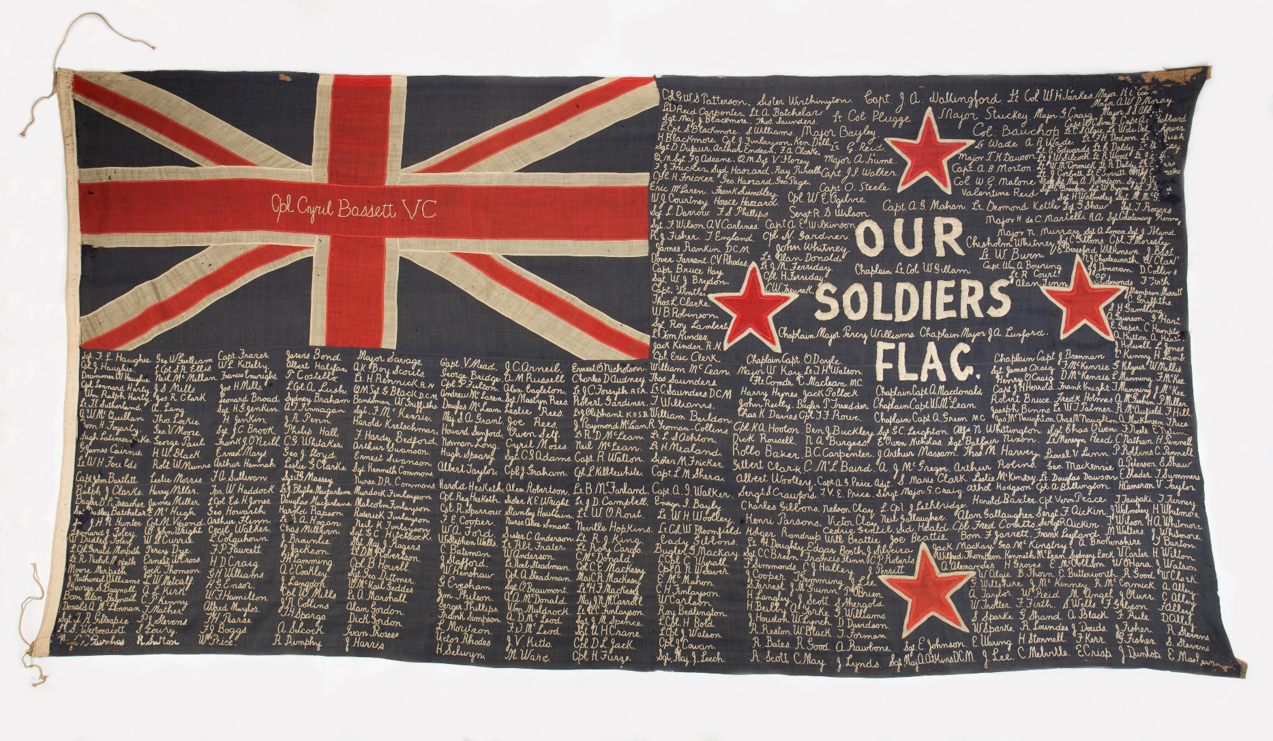 New Zealand is a small country of giants. My wife and I grew to love “the land of the long white cloud” while living in Wellington for two years, having been sent there for graduate school by the U.S. Army. Enamored so much, that my wife, without irony, still calls New Zealand “the place where dreams are made,” and it really did seem like a dream: Our first daughter was born there, we hiked the Milford Track, enjoyed flat whites and the All Blacks, grew to love wine, sheep, sea, sky and even acquired a taste for the rugged loveliness of Wellington’s windy coastline.

Instead of the Joneses, we keep up with the Kiwis, so when I read New Zealand was voting on a new flag I was engrossed (ok, so I didn’t read about it so much as laughter nearly collapsed my lung watching John Oliver explain it all). Prime Minister John Key floated the idea, which has been around for some time, back in 2014. The government devised a knock-out tournament for any and all-comers (including a Kiwi firing laser beam-equipped eyes), winnowing the field to two flags and culminating in the current voting period (March 3-24) which will decide whether New Zealand adopts a new flag or retains the current Union Jack-inspired banner. Into this fray, the country’s largest veterans organization, the New Zealand Returned and Services Association (RSA) has argued vociferously for status quo in a “Fight for our Flag” campaign. The RSA contends the current flag must be retained to honor the “courage” and “commitment” of New Zealand’s military present and military past. The RSA suggests there’s a connection between this specifically arranged flag and Kiwi martial honor; that New Zealanders require this flag to inspire reverence. In sum, a single flag, in one composition is the only path to societal gratitude.

And so, our Southern Hemisphere-dwelling colleagues present an interesting test case: How should society view the relationship between flag and soldier?

Perhaps we should first remember who soldiers are and what they do. The soldier’s task is to serve. The soldier’s purpose is not to kill and destroy, as some wrongly suggest, but instead to protect New Zealand, New Zealanders, and New Zealand’s interests – of the Kiwis, by the Kiwis, for the Kiwis. When soldiers give their last full measure, they do so directed by society’s people and directly for society’s prosperity. This bond – firmly established between sending society and sacrificing servant – is powerful – worn in the heart, thus transcending any flag.

And so the “painful privilege” of service is agnostic as flags go. My military ancestors all deployed, fought, and died under different flags than I. In our War of Independence, there were multiple versions of our national flag. As armies grew for our Civil War, we saw the adoption of unit patches and hundreds of flags flew. My current unit, the 2nd Infantry Division, stationed a half marathon from the DMZ in Korea, traces its lineage to World War I; today, our unit symbol has been altered to signify the addition of Korean officers to our ranks in a new multinational division. Finally, my wife and I had grandfathers who passed through New Zealand on their way to the Pacific War – at the time serving under an American flag with two fewer stars. Someday, my daughters might serve under a flag with two more stars than mine (if the District of Colombia and Puerto Rico ever gain statehood). Flags change; soldiers service does not; honor remains.

A soldier’s honor is not sewn in red on the flag – it’s inscribed in red in the soil. To see, to feel this, look down, not up. The ground on which you stand is guaranteed by those who have willingly traded personal comfort for the good of the many…

This experience counsels we ought not judge honor by the colors of the flag, but by the content of character in service, an idea already on display among leading New Zealanders: Rugby Captain Richie McCaw (Note: if Derek Jeter visited New Zealand, they’d call him the “American Richie McCaw”) wore a slightly different jersey in each of the All Blacks two recent Rugby World Cup wins; former Prime Minister Helen Clark currently toils daily at the United Nations under a lighter shade of blue than she did as PM; and Lord of the Rings Director Peter Jackson could recently be seen waving the obscenest version of the New Zealand flag imaginable. Change the symbol, change the color, change the flag – none of these change the victories, power, and creativity of these mammoth Kiwis.

I know the last thing a Kiwi wants is to be told what to do by an Ugly American. So I won’t do that. What I will do instead, as friend and soldier, is state unequivocally the RSA’s argument to preserve the current flag is misguided. A soldier’s honor is not sewn in red on the flag – it’s inscribed in red in the soil. To see, to feel this, look down, not up. The ground on which you stand is guaranteed by those who have willingly traded personal comfort for the good of the many, a cause far beyond any red stars and blue fabric. Or red bars, for that matter. Soldier’s service is perpetually poignant, as John Ruskin wrote, “put him in a fortress breach, with all the pleasures of the world behind him, and only death and his duty in front of him, he will keep his face to the front; and he knows that this choice may be put to him at any moment.” Society’s honor does not require any particular flag or any particular symbol but is instead present in the silence on ANZAC Day or Memorial Day – the quietly powerful connection between society and servant.

So pick a flag for color, for heritage, for interest, for design, for tradition, for beauty, for inspiration, for independence, for respect, for sport, for one more mention from John Oliver – but, please, do not pick a flag for fear of harming military memory. To paraphrase an American giant, their sacrifice is far above any flag’s poor power to add or detract. Because soldiers will serve the society, Kiwi and American alike, no matter what the cost to them, no matter what flag you choose. Giants that Kiwis are, I’m sure, will see above the RSA’s well-meaning but mistaken argument.