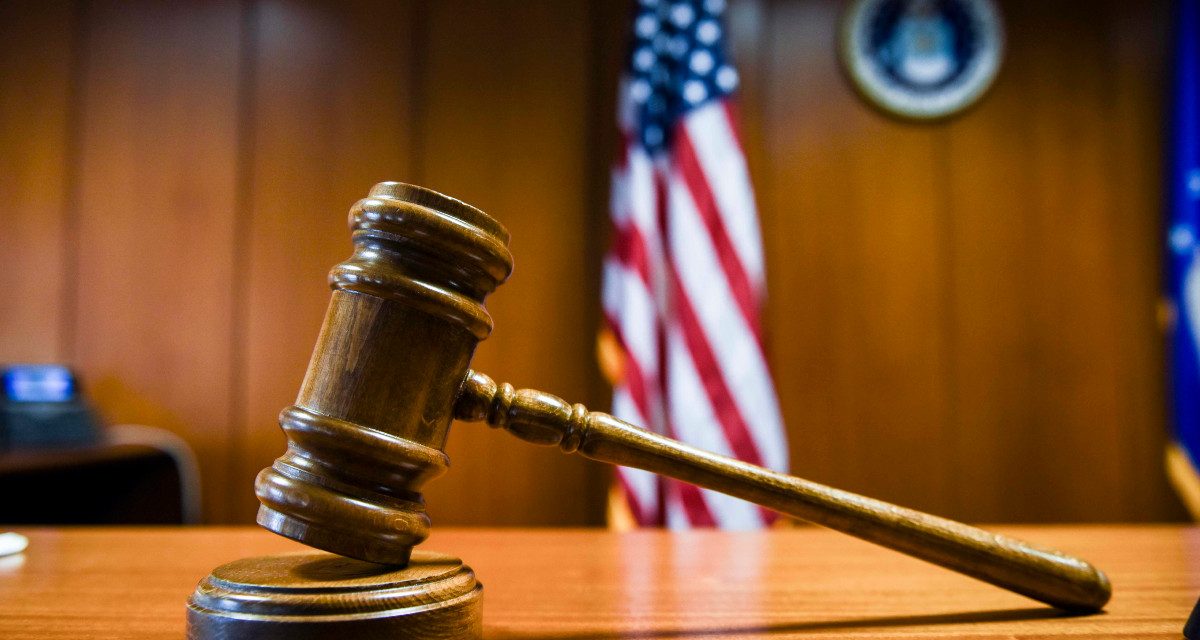 Editor’s note: This article is part of the Army Cyber Institute’s contribution to the series, “Compete and Win: Envisioning a Competitive Strategy for the Twenty-First Century.” The series endeavors to present expert commentary on diverse issues surrounding US competitive strategy and irregular warfare with peer and near-peer competitors in the physical, cyber, and information spaces. The series is part of the Competition in Cyberspace Project (C2P), a joint initiative by the Army Cyber Institute and the Modern War Institute. Read all articles in the series here.

The United States military is constantly reorganizing and retooling itself to address information operations in gray-zone competition. Unfortunately, forward progress is hard to come by, and operations in the information environment remain an Achilles’ heel, which adversaries use against us to great effect. There is no shortage of ideas and proposals to address the information operations problem, but no solution has been able to overcome the static inertia and impel progress.

One of the major reasons for the static inertia is the constitutional and legal framework that our nation is built upon. Behind all the discussions is a nagging sense that the entire enterprise is just wrong—after all, the United States is a liberal democracy, we do not engage in state-sponsored propaganda, and there should be no Ministry of Truth in America. The whole prospect sounds utterly distasteful.

On the other hand, there are daily indications that our nation is getting crushed by adversary information operations. Our adversaries adeptly employ their militaries to engage in mis- and disinformation campaigns that results in real damage to the fabric of our nation. Very real strategic advantages are being lost at home and abroad as a result. From our adversaries’ perspectives, conducting information operations in America is like taking candy from a baby: our liberal democracy makes it easy. Further, our cyber and intelligence personnel can see the malign influence campaigns and can understand their impacts and the very real damage that is being done yet can do little to counter them. The result is what we see today. The military is caught in crosscutting pressures: On the one hand, there is an increasing cry to “do something” in response to adversary information operations that are having very real effects in eroding our competitive advantage. On the other, the calls to “do something” are caveated by an unstated but equally strong expectation that any response does not violate Americans’ civil rights, their civil liberties, or the United States’ constitutional order.

This tension creates two, interrelated challenges to crafting an effective strategy in the information environment. First, the prospect of military engagement to counter adversary information operations during competition raises very significant legal concerns that must be addressed—concerns foundational to our constitutional system. On the other hand, these legal concerns play a significant role in hindering the development of a coherent information strategy in competition. This article will attempt to bring these issues to light, so that the underlying and implicit concerns can be stated, which is a necessary first step to crafting an effective, comprehensive, whole-of-government strategy to respond to our adversaries’ malign influence campaigns. This article will discuss the underlying legal concerns and conclude with thoughts on the development of an integrated strategy.

The concerns surrounding the First Amendment are at the heart of the issue. Our basic democratic values include an appreciation for the “marketplace of ideas.” All ideas can be presented in American civil society, and these ideas will rise and fall based on their merit as demonstrated by how well they fare against counterarguments, contrary proposals, and critical examination by the listeners. The government is agnostic and does not take sides, and truth will prevail so long as freedom of speech allows for open competition of ideas without a government thumb on the scale.

However, this marketplace of ideas construct can and has been “hacked” by our adversaries. Russia, China, and Iran can participate in our marketplace of ideas as well, with one significant advantage. They can use their nation-state level of resources to great effect through microtargeting and psychological manipulation. In addition, adversaries take care to hide the source of the message, as an otherwise plausible message might be rejected outright if it were widely known to have originated from an Iranian government agency. This prospect raises a significant question: How can the US government respond to foreign adversary interventions into our marketplace of ideas without the US government also becoming a player in the very same marketplace (which is what the First Amendment sought to avoid in the first place)?

There are two legal aspects of First Amendment freedom of speech law that are at play in the current mis- and disinformation arena. First, while non-US speakers (individuals) and foreign nations do not generally have a protected right to freedom of speech within the United States, there is a right for US citizens to receive foreign speech. Going back to the marketplace of ideas concept, the Supreme Court has recognized that a US person has a constitutional right to seek out and consider speech originating from outside the United States (for example, the Supreme Court ruled that a US citizen had a right to request and receive materials labeled “communist political propaganda” by the postal authorities). Such activity is not protected to the same level as traditional speech, so reasonable government restrictions and limitations may be allowable, like requiring the disclosure of the foreign source of the speech in question. Unfortunately, legal cases on this doctrine are from the Cold War era, and how this right to receive speech might apply against US government restrictions on foreign speech in the internet era are still unclear.

Further confounding the situation is the great ease with which an American can “like,” “share,” or “retweet” foreign information. Once an American citizen forwards a Russian meme, however unwittingly, the speech is now protected speech because an American citizen has now adopted it and expressed it as his or her own. Such speech then receives the highest level of protection under the First Amendment. The ease of converting foreign disinformation into protected speech poses great challenges to government entities seeking to counter foreign malign influence and disinformation.

Legal Concern #2: The Role of the Military

The second concern relates to the role of the military, and potentially the intelligence community, in information operations. Our adversaries understand well the new paradigm of leveraging information operations as a critical means of gaining military advantages—with the Russian emphasis on information warfare during competition and the Chinese People’s Liberation Army actively embracing the “three warfares.” Russia and China clearly see the military value of stand-alone information engagement.

The US military’s approach, while insufficient to respond to the current environment, is consistent with traditional understandings of roles and responsibilities within the federal government. The job of the military has been to fight and win our nation’s wars, not engage in propaganda campaigns, even in foreign contexts. Given the principle of civilian control of the military, the military is not going to jump wholesale into the field without affirmative orders to do so from its civilian overseers. In fact, Congress prohibits such activities within the United States: section 2241a of Title 10 prohibits DoD from expending funds “for publicity or propaganda purpose within the United States.” In the 1970s, the Church Committee highlighted the potential for abuse of power when the national security apparatus was deployed against Vietnam War protestors or civil rights activists, with many resulting reforms in the national security realm—further reinforcing hesitancy for military involvement. And during the Cold War, Voice of America was run by the US Information Agency, “an independent foreign affairs agency of the executive branch.”

However, the current information environment is unlike any that has existed in the past, as are our adversaries’ tactics in this environment. The speed, scale, and opacity of internet-enabled operations provide distinct advantages. As a result, adversary information operations create real risks to national security. With its extensive cyber capabilities and resources, the US military is currently in the best position to counter the adversary in the information arena. Congress seems to be favoring this approach, as noted by a recent Government Accountability Office report critical of recent DoD efforts, as well as several provisions in the annual National Defense Authorization Acts that seemingly nudge DoD further into the information environment.

To date, US Cyber Command’s response seems to be limited to a defensive engagement, such as the attack on the Russian Internet Research Agency, which prevented that organization from spreading disinformation during the 2018 elections. While a helpful first step, the tactic has been analogized to using terrestrial air-defense weapons such as missiles and antiaircraft guns to stop enemy air attacks instead of developing an aerial combat capacity. Yet, US Cyber Command’s cautious approach reflects deep concerns about freedom of speech and the proper role of the military in a constitutional republic. At present, there do not appear to be many guardrails in place to channel and direct US military information operations, which understandably results in a tentative response particularly because the risks are great if mistakes are made.

The Information Environment Needs the Same Attention as the Cyber Domain

Comparing this situation to the federal action to secure cyberspace demonstrates huge differences. In cyberspace, Congress has legislated several times on cyber matters, presidential directives have been issued to allocate responsibilities within the federal government to secure cyberspace and engage with our adversaries, and the Cyberspace Solarium Commission has made extensive recommendations, many of which have been now written into law. Information operations, on the other hand, have received much less attention. Some mentions of information operations are made in the directives, legislation, and reports addressing cyberspace operations, but they are tangential—due in large part to the fact that information operations are largely executed in and through cyberspace.

Due to the lack of guidance and the potential legal pitfalls, a tentative approach to countering adversary information operations is understandable. Many difficult and fundamental questions remain unresolved. Without clear answers to these foundational questions, it will be hard for an effective military information strategy to be formulated and executed. These include:

Without clear answers to these questions, not only the military but the entire federal government will struggle to respond and organize itself for effective action in the information environment.

There is no easy answer to the challenges posed in the modern information environment. And while there is widespread recognition that something needs to be done, the federal government has yet to do the work to outline how we will engage in the information environment to directly address the underlying legal and policy challenges outlined in this article. It may very well be that the military must be more directly involved in information operations, despite the reservations noted here. If so, it is incumbent on the US government’s political branches—Congress and the president—to clearly define the parameters for engagement in the information environment, legal and otherwise. Something like the Cyberspace Solarium Commission charged with addressing the information dimension may be advisable to develop such a grand strategy in this new environment. There must be a common understanding of the roles and responsibilities of all parties and the limits of what is allowed. Without clearly articulated guidance, we risk further erosion of strategic advantages due to weak, uncoordinated, and dilatory responses to continued and expanding malign influence campaigns.

Lt. Col. Mark Visger leads the Cyber Law and Policy Research Team at the Army Cyber Institute. He has previously served as a judge advocate and has law degrees from Washington and Lee School of Law and Columbia Law School.