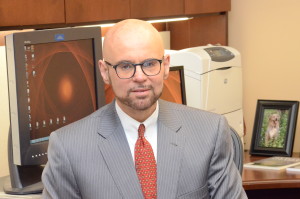 Dr. Steven Metz is Director of Research at the Strategic Studies Institute. He has been with SSI since 1993, previously serving as Henry L. Stimson Professor of Military Studies, Chairman of the Regional Strategy Department, research director for the Joint Strategic Landpower Task Force, and co-director of SSI’s Future of American Strategy Project. Dr. Metz has also been on the faculty of the Air War College, the U.S. Army Command and General Staff College, and several universities. He has been an advisor to political campaigns and elements of the intelligence community; served on national security policy task forces; testified in both houses of Congress; and spoken on military and security issues around the world. He is the author of more than 100 publications including articles in journals such as Washington Quarterly, Joint Force Quarterly, The National Interest, Defence Studies, and Current History. Dr. Metz’s research has taken him to 30 countries, including Iraq immediately after the collapse of the Hussein regime. He writes a weekly column on security and defense for World Politics Review. He is the author of Iraq and the Evolution of American Strategy. Dr. Metz holds a Ph.D. from the Johns Hopkins University, and an MA and BA from the University of South Carolina.