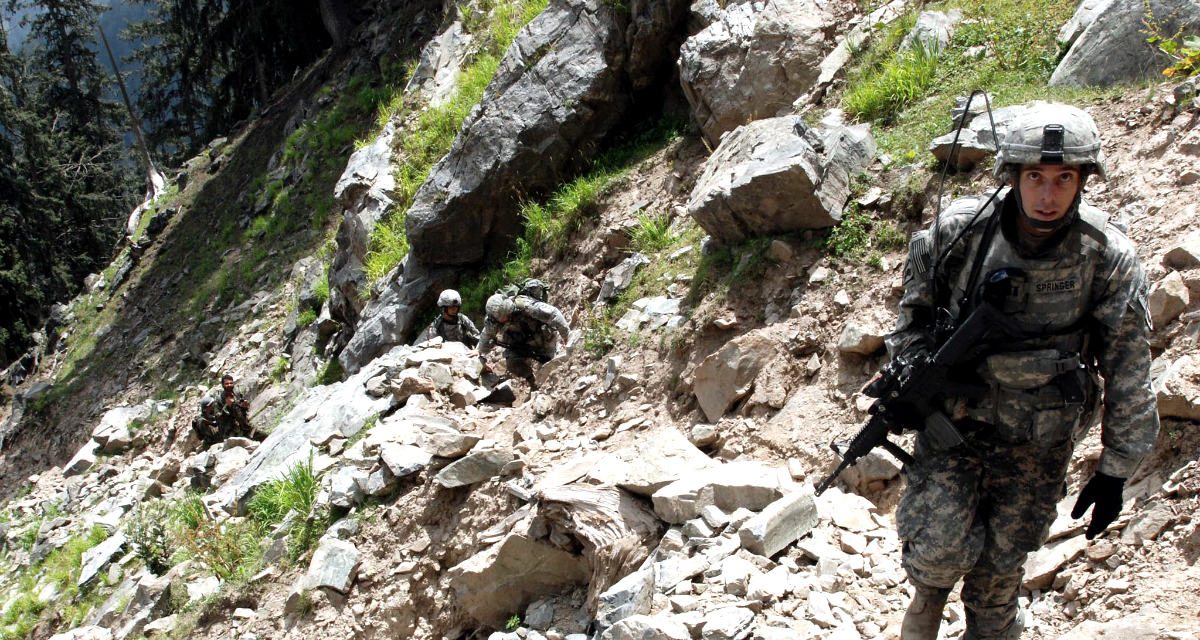 If a recent article published by the Modern War Institute at West Point, “Don’t Let Kabul 2020 Look Like Saigon 1975: The Dangers of a Precipitous Afghanistan Withdrawal,” represents the prevailing American views on military strategy, then it goes a long way to explain why the United States lost the Afghanistan War.

The authors did get the premise right concerning the dangers associated with a precipitous withdrawal, but by getting all the basics wrong, they offer all the wrong solutions.

The article begins with a whopper, that “a US/NATO military withdrawal must be managed responsibly to conserve the hard-earned gains on issues like civil liberties and women’s rights made over the past eighteen years.”

No. Anyone who has spent any time in Afghanistan beyond the confines of a headquarters or a walled-in facility would know that is a not a valid reason to maintain a military presence in Afghanistan because it is simply not something within our capability either to establish or sustain.

A proper exit strategy is a process of burden shifting in a manner that protects vital US interests, while preventing US adversaries from unduly benefitting from a withdrawal.

Just like military leaders and policymakers over nearly two decades and through multiple administrations, the authors fail to address or even identify the true nature of the war in Afghanistan.

From that omission arises all the misinterpretations of the present situation and the mistaken prescriptions for the future—most notably, the recommendation for continued nation building.

The time is long overdue for a reality check.

First, the conflict in Afghanistan is not an insurgency. It is a proxy war being waged by Pakistan against Afghanistan and the United States. It is similar to Pakistan’s use of terrorist proxies against India in Kashmir.

Pakistan has always viewed Afghanistan as a client state and a security buffer against what it considers potential Indian encirclement and as a springboard to extend its own influence into the resource-rich areas of Central Asia.

The American counterinsurgency strategy was never winnable as long as Pakistan largely controlled the supply of our troops in landlocked Afghanistan and regulated the operational tempo through its proxy army, the Taliban, which has maintained an extensive recruiting, training, and financial support infrastructure inside Pakistan, all of which has been immune to attack.

Second, Pakistan has never been an ally of the United States, but a duplicitous partner, pursuing its own interests in coordination with its true ally, China, while being generously funded by us.

Nowhere have Chinese ambitions been more clearly and publicly articulated than in a June 2018 China Daily article by former Pakistani diplomat, Zamir Ahmed Awan, who works for the Beijing-controlled Center for China and Globalization [comments added].

New [Chinese] initiatives for peace in Afghanistan are welcome, and may change the scenario in the whole region. . . . I believe, American think tanks and leadership, especially military leadership has already realized that this war cannot be won. The only option is withdrawal, the sooner the better.

Pakistan can play a vital role in a sustainable solution to the Afghan conflict [controlling Afghanistan as a client state]. Complete withdrawal and an Afghan-led [Taliban-led] solution is the only permanent way out. Pakistan can facilitate an honorable and safe passage for US withdrawal.

Peace in Afghanistan will allow economic activity between Central Asia, Russia, China, and the Arabian Sea. . . . It can change the fate of the whole region. Chinese projects like the Belt and Road Initiative and the objectives of the Shanghai Cooperation Organization [SCO]. . . . At the recent SCO summit, the Afghanistan president was invited as a guest and observer. Hopefully, the country will soon join SCO. The China-Pakistan Economic Corridor may also be extended to benefit Afghanistan in the near future if there is peace.

Since that article was published, China has offered to extend CPEC to Afghanistan; China will build a military facility in and deploy Chinese troops to Afghanistan; Afghan military personnel will be trained in China; and members of the Afghan Parliament have recommended that the Bilateral Security Agreement between the United States and Afghanistan be canceled, presumably to be replaced closer security ties with by China.

Ultimately, America’s most formidable adversary in South Asia will be China, on which future US strategic planning should focus.

China seeks global domination. One vehicle to achieve it is the Belt and Road Initiative (BRI), a collection of infrastructure projects and a network of commercial agreements in 152 countries designed to link the entire world directly to the Chinese economy through interconnected land-based and maritime routes.

One element of BRI is the China-Pakistan Economic Corridor (CPEC), an infrastructure and development project, the backbone of which is a transportation network connecting China to the Pakistani seaports of Gwadar and Karachi located on the Arabian Sea

The guarantor of that soft power approach is the hard power of Chinese military expansion.

China plans to establish a naval and air bases on the Arabian Sea within easy reach of the strategically important Strait of Hormuz at the mouth of the Persian Gulf. That military facility will complement China’s already operational naval base in Djibouti, located at another strategic chokepoint, the entrance to the Red Sea and the Suez Canal.

With or without US approval or participation, China intends to incorporate Afghanistan into CPEC and exploit the estimated $3 trillion in untapped Afghan mineral resources.

The wild card in that scenario is Islamist extremism, of which Pakistan, not Afghanistan, is the true epicentre.

Islamist militancy has long been an element of Pakistan’s foreign and domestic policies. Any threat by these groups to Pakistan’s nuclear arsenal is, therefore, largely self-created.

As early as the 1950s, Pakistan began inserting Islamists associated with its Jamaat-e-Islami party into Afghanistan.

Under President Zia ul-Haq (1977–1988), Pakistan pursued a policy of aggressive “Islamization” with the proliferation of religious schools and religious political parties, resulting in a society that became ever more extreme and intolerant. Ethnic separatism was suppressed and Islamist fighters were found to be useful proxies for the Pakistani military.

One source of America’s current dilemma in Afghanistan was a failure by the Reagan administration in allowing the Central Intelligence Agency to blindly outsource mujahideen funding to Pakistan’s ISI, which funneled American money and arms not to Afghan nationalists like Ahmad Shah Massoud, but to pro-Pakistani Islamists such as Gulbuddin Hekmatyar and Jalaluddin Haqqani.

It is an undisputed fact that the Taliban were created by the ISI, beginning in 1994, as a means of intervening in the Afghan civil war to influence the outcome in favor of Pakistani national interests.

Since its founding, the ISI and the Pakistani military have never stopped providing financial, logistical, and military support to the Taliban. The subterfuge underlying Pakistani policy was already apparent in the early days of the Afghanistan war.

The tens of thousands of madrasas, many unofficial, have offered a fertile recruiting source, not just for the Taliban, but for other Pakistan-based militant groups, such as Jaish-e-Mohammed and Lashkar-e-Taiba, responsible for attacks against India.

Contrary to the suggestion by the authors, it would be foolhardy to pump ever more international financial support into the region, funding largely supplied by the United States, an approach that would only benefit our adversaries.

Quite the opposite is needed. Financial pressure should be brought to bear on Pakistan for its continued support of terrorism and steps should be taken to thwart Chinese economic and military expansion in the region, including closer cooperation with India.

The only bargaining chip the United States has in peace negotiations is our presence in Afghanistan. The “presence” argument is clearly unsustainable. Between now and the beginning of a withdrawal, the United States should be identifying new forms of leverage, in the short term, to bolster our negotiating position, and, in the long term, as a basis of a new South Asian strategy.

Lawrence Sellin, PhD is a retired US Army Reserve colonel, trained in Arabic and Kurdish, an IT command-and-control and cyber-security subject matter expert, and a veteran of Afghanistan, Iraq, and Africa. He receives email at lawrence.sellin@gmail.com.