Strategic Opportunity in an Era of Change or: How Australia Can Learn to Stop Worrying and Love the Coming Multipolar World Order 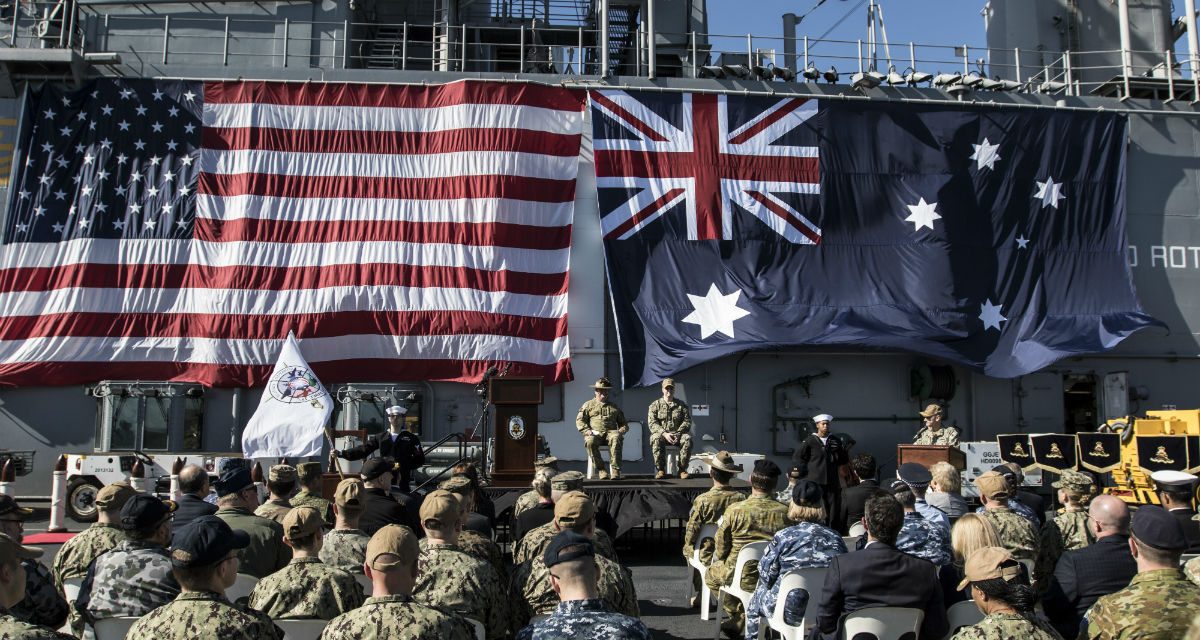 The stability of the rules-based global order is essential for Australia’s security and prosperity.

The international system—and with it, the rules-based global order—is undergoing a massive, and possibly irreversible, transformation.  This traditional liberal democratic order is eroding due to both internal and external pressures, which are ultimately reshaping the foundations of our post–World War II international system. Emerging in its place is a multipolar world order—an order underpinned by some, but not all, of the traditional rules agreed to since the mid-twentieth century. Conceptually, a multipolar world order has a number of “poles” of global power that balance against one another and collectively manage global affairs. This is attractive at first glance, but beware the small print.

Crucially, it is rising non-Western powers such as China and Russia that are now seeking to write the new rules of the international system.  They have every right to do so, just as Western powers have done. The critical fact, though, is that non-Western states have markedly different value sets to the Western world—and this fact places us on a collision course of sorts. For argument’s sake let’s assume this process of change in the international system is well and truly underway, irreversible, and set to result in a multipolar environment. It is the duty of Western states, those underwriters of the liberal democratic rules-based order—such as the United States and Australia—to position themselves to be viable poles of power within this system.

Within the entirely new global order that is emerging, Western liberal democracy must navigate its strategic position. Take, for example, the case of Australia. Australia is a continent packaged as a strategic prize—rich in natural resources, arable land, and fresh water, geographically smack bang between the Indian and Pacific Oceans, and with a very small (albeit highly skilled and effective) defense force and a relatively tiny population. Canberra is in a political bind, dancing around the fact that Australia’s major trade partner, China, is at odds with its closest ally, the United States.  Further, Australia perseveres as a broadly European nation—in terms of its political heritage—in an Asian region. Of course, Canberra has over time developed the diplomatic agility to successfully engage with neighbors throughout the Asia-Pacific region, while also remaining an indispensable partner for the United States in the region. But this has always been a delicate balance, and changes in the world order will only make it more so.

Liberal democracy has not flourished in the Asia-Pacific region, but for the most part, this has not curtailed cooperation. The lesson here is the importance of state-to-state relationships based on mutual respect for divergent international worldviews. The Association of South East Asian Nations is a prime example of putting this policy into practice—the community’s commitment to non-interference is at the heart of constructive engagement between states with different values and identities.  A new unfolding strategic narrative in which the basis of our international security system is being transformed is of critical strategic concern for the West.

The role Australia might play in such a system—no longer led by a major ally—should be a considerable priority for Australian defense. Yet, the Australian Defence Force (ADF) is not having this conversation. For now, the Australian Army conceptual framework centers on the notion of what it calls accelerated warfare. This approach emphasises ADF requirements based on the need to operate across the full spectrum from cooperation through competition to conflict, within all domains, both up close and from a distance. While accelerated warfare doctrine embraces strategic innovation, it needs to be deepened to deal with the basic structural changes of the international security system as well. A new international security system will indeed have implications for Australian defense and the ability for our policy community to secure Australian-Western liberal democratic interests in the coming decades.

A multipolar system presents both opportunities and challenges to the future strategic position and standing of the West. It seems pertinent to rethink traditional approaches to the strategic assessment of our global security environment. The ADF is investing in evolving its intellectual edge; however, the focus must be diversified away from the accelerated warfare single vision to delve into the implications of flux in international structures.  More research needs to be undertaken to test scenarios for Western interests in a multipolar world order with a particular focus on what the new operational environment will look like.

Australia’s 2016 Defence White Paper argued that a stable “rules-based global order which supports our interests” will remain at the center of Australian security into the future. It is this very essence of the existing international order, not only our interests, which is threatened by both state and nonstate actors and in both a traditional and nontraditional security sense.  Ensuring a safe, secure, and resilient future will largely rest on the Australian and—as the cornerstone of Canberra’s security planning—the US ability to respond to a new international security environment representative of a multipolar international order.  There is plenty of work to be done in Canberra and Washington to develop the conceptual tools to position ourselves in a future strategic environment and global order to ensure our national interests are secured, protected, and advanced in the future.

The study of international orders and systems is devoid of the buzzwords that characterize many other contemporary topics the Western defense community is focused on—it simply isn’t as sexy as AI. However, fundamental power and system shifts throughout history present strategic lessons and therefore demand our attention. While the existing international order and the rules of the game that went along with it are undergoing immense change, it is not all doom and gloom: history provides comfort insofar as this is a rather natural cycle.  The most recent Australian Defence White Paper acknowledges the existing global system is undergoing increased “pressure” and shows signs of “fragility,” and yet continues to note Australia’s commitment to the maintenance of the existing system.

For Canberra to commit to the maintenance of the existing system, however, is strategically perilous. It is time to go a step further and posit a future operational environment in which the international system is entirely transformed into a multipolar order, governed by new rules and new powers.  This is a system not led principally by Australia’s major ally and one that involves legitimate poles of power with which we, as liberal democratic nations, do not share the same values or interests. It is simplistic to argue this then means we are headed for conflict. Rather, we are facing a period of hard work and heavy lifting to recast Western strategy in a multipolar system. The ADF should lead the way, taking advantage of Australia’s rather unique strategic position between East and West and building upon Canberra’s reputation as a reliable middle power.

While international security threats are posed at a rate that might seem unprecedented both in terms of increased security uncertainty and complexity, it is possible to determine the contours of our future international world order. Understanding what a multipolar international order means ahead of time allows Western liberal democracies to position themselves to benefit from the changing global system. Indeed, forecasting the shifts underway in the post–World War II international system presents the chance to seize opportunities while rising to challenges.

Dr. Elizabeth Buchanan is a Lecturer in Strategic Studies for the Defence and Strategic Studies Course at the Australian War College in Canberra and a Non-Resident Fellow at the Modern War Institute at West Point. Dr. Buchanan specializes in Arctic and Antarctic geopolitics as well as Russian foreign energy strategy. She holds a PhD in Russian Arctic strategy under Vladimir Putin and was recently a Visiting Maritime Fellow at the NATO Defense College. Dr Buchanan’s book on Russian Arctic strategy is forthcoming with The Brookings Institution Press. The views expressed are those of the author and do not reflect the official position of the United States Military Academy, Department of the Army, or Department of Defense.