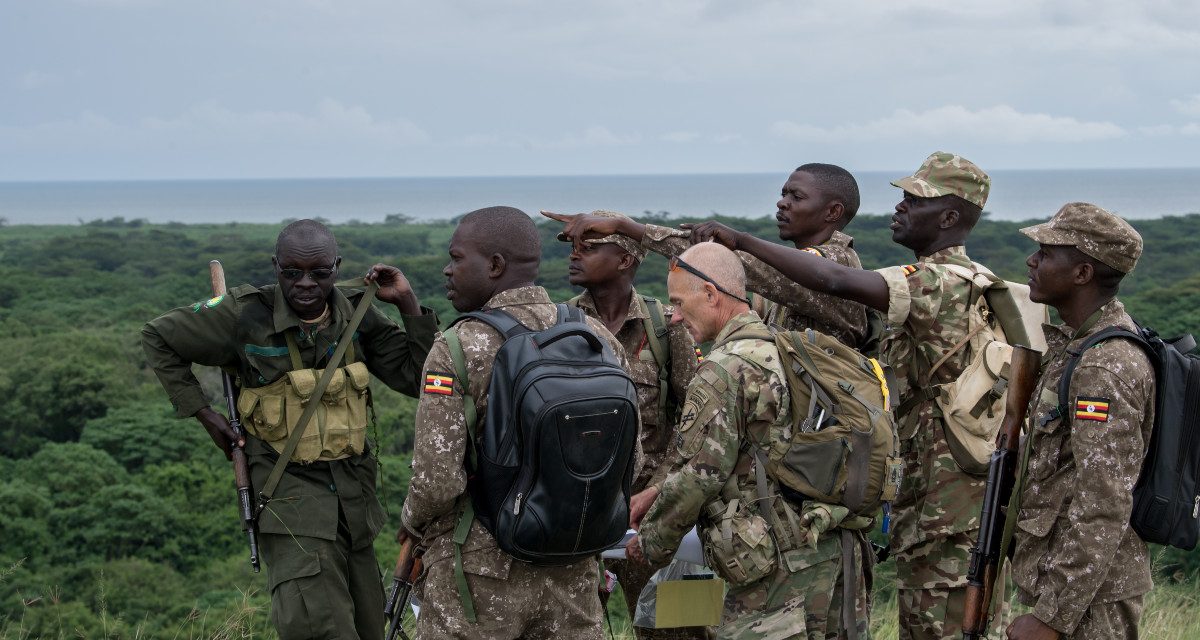 In the renewed environment of great power competition, the United States has a distinct competitive advantage: its alliance and partner network. Strengthening those alliances and partnerships remains a cornerstone of the United States’ national security strategy. However, while there are many success stories, particularly at the strategic and operational levels, fully exploiting this advantage requires the United States to enhance the actualization of this effort at the lowest level—specifically by improving the coordination and implementation of security sector assistance programs with allies. Improved multilateral coordination with allies at the tactical level will increase security cooperation efficiency, reduce resource expenditure, reinforce our relationship with like-minded partners, and provide better capabilities to partner nations.

Partnerships and alliances have long been an important tool in US national security, especially during periods of competition like the Cold War, when the West and the Soviet Union both sought to increase influence through partnerships as a means of deterrence. During that period, the boundaries and partnerships in Europe were generally stable, and the competition for influence predominantly took place in what we now call the Global South. Today, a similar competition is playing out across the world, and while the cast of traditional US allies will likely remain fixed, the task of “attracting new partners,” as stated in the National Defense Strategy, needs emphasis. Its importance was recently reiterated when the Department of Defense issued its Guidance for Development of Alliances and Partnerships, which looks to improve relationships through engagements, coordination, and defense sales, specifically geared to compete with Russia and China. As such, security sector assistance is clearly an increasingly important tool in the national security enterprise. While the resources dedicated to security cooperation are finite, there are ways to improve implementation that attracts new partners and strengthens the relationship with existing allies at the same time.

The DoD budget for training and equipping partner militaries, known as Building Partner Capacity programs, has increased to approximately $900 million annually in recent years. This figure does not include funds earmarked for specific regions or countries, such as the European Deterrence Initiative or the Afghanistan Security Forces Fund, which total several billion dollars annually. While this is only a small percentage of DoD’s annual budget, we must be fiscally responsible and scrutinize these efforts in order to reduce duplicative efforts and free up resources for other global priorities.

While policies are crafted at the higher levels of government, security sector assistance is implemented at the lowest level, at US embassies. At the embassy level, also known as a country team, members from defense, political, economic, and development sections implement strategies and interact with partners to advance national interests. One of the responsibilities of the DoD team is to implement security cooperation activities.

The purpose of strengthening partnerships and alliances, as defined in the National Defense Strategy, is to have “an extended network capable of deterring or decisively acting to meet the shared challenges of our time.” In this respect, security sector assistance is both an activity aimed at strengthening partnerships and a “shared challenge” that the United States undertakes alongside other partners. This has important benefits. As retired Gen. Joseph Dunford, former chairman of the Joint Chiefs of Staff, has explained, in some parts of the world allies and partners have more experience and can deepen our intelligence, increase situational awareness, and provide cultural acuity. Improved coordination with allied embassies can identify parallel efforts and can reap significant rewards by freeing up financial and personnel resources that can be allocated against priorities elsewhere.

I had the opportunity during a recent assignment to participate in US security sector assistance to Uganda. The United States and allies have provided considerable military support because of Uganda’s significant and enduring peacekeeping contributions to the African Union Mission in Somalia and throughout the East Africa region, and the United Kingdom in particular has a strong relationship with the Ugandan military. During my time as part of the embassy team, we learned that several of our security sector assistance programs were nearly identical to UK efforts. A country will often request specific military capabilities from many countries hoping that one will deliver. Meetings were held between the US and UK embassies that identified three programs where the nations could work together to coordinate efforts to reduce resource expenditure, limit overlapping efforts, and provide our partner with a better capability.

One of those efforts was providing Uganda with a counter–improvised explosive device (C-IED) capability. The United States, the United Kingdom, and other international partners have disjointedly provided training and equipment to protect Ugandan troops against IEDs in Somalia. A coordinated effort was initiated using a capability-based assessment to identify existing C-IED capability gaps within the Ugandan military along the DOTMLPF-P spectrum—doctrine, organization, training, materiel, leader development and education, personnel, facilities, and policy. Using the DOTMLPF-P framework increases the likelihood of providing a sustainable and enduring capability to a partner nation. The United Kingdom was able to fill some capability gaps while the United States was able to resource others. Approaching our Ugandan partners together ensured that they understood we were coordinated in our efforts and they could not ask for duplicative resources. Additionally, sharing the burden of the sourcing solution made it more cost effective for each country and easier to obtain approval and resources from higher headquarters.

Another example was an effort to assist Uganda in planning, preparing, and employing forces for a crisis response or contingency operation. Attempts to teach the US Army’s Military Decision Making Process and the US Marine Corps Planning Process proved challenging. The Ugandan military utilizes and prefers a process developed along the lines of the UK military’s approach to planning. After further coordination, the United Kingdom provided subject matter experts to provide training that supported both US and UK objectives, and our Ugandan partners received improved training and experienced improved rates of retention in planning and responding to crises.

A final example is the mutual effort to provide counter–illicit trafficking training. Uganda’s porous borders with the Democratic Republic of Congo and South Sudan is a concern for wildlife trafficking, as well as the illicit movement of weapons, people, substances, and infectious diseases. The United States and the United Kingdom were providing similar training programs to park rangers from the Uganda Wildlife Authority, but at different locations. To reduce overlap and increase consistency of the training provided, US and UK teams coordinated the location and timing of training events to ensure maximum participation from park rangers throughout the country and coordinated programs of instruction to ensure all participants were taught the same material. This coordination provided increased training opportunities and boosted training outcomes for the entire park ranger force.

While these efforts may seem small, increased coordination at the country team level has proven beneficial for all participants. In the case of Uganda alone, the United States and the United Kingdom were conducting three nearly identical security sector assistance programs. It is unlikely that this situation is unique to Uganda. By working together, we were able to strengthen our relationship with a critical ally, save financial and material resources for both governments, and coordinate efforts to provide a mutual partner with better capabilities. This multilateral approach can be encouraged from the top down, but requires initiative at the lowest level, and can be easily replicated in many countries.

Improved stewardship of security sector assistance programs will garner support from Congress, who allocates the funding for these programs and should rightfully want to ensure responsible use of taxpayer money. The former director of the Defense Security Cooperation Agency, retired Lt. Gen. Charles Hooper, spoke to this point when he emphasized that the four values of transparency, responsiveness, integrity, and commitment must continue to guide the process. Notably, these same values provide significant advantages for America over competitors.

Security sector assistance provides ways and means to help achieve national security and foreign policy objectives, such as developing partnerships that encourage and enable partners to act in support of US strategic objectives. Through increased transparency and multilateral coordination at the lowest levels, specifically between embassies, improved coordination will free up resources that can be applied to other priorities, strengthen ties and interoperability with longstanding allies, and provide better capabilities to partners. Ideally, these efforts aim to turn the partners of today into the allies of tomorrow so the United States can maintain its competitive advantage over its great power competitors.