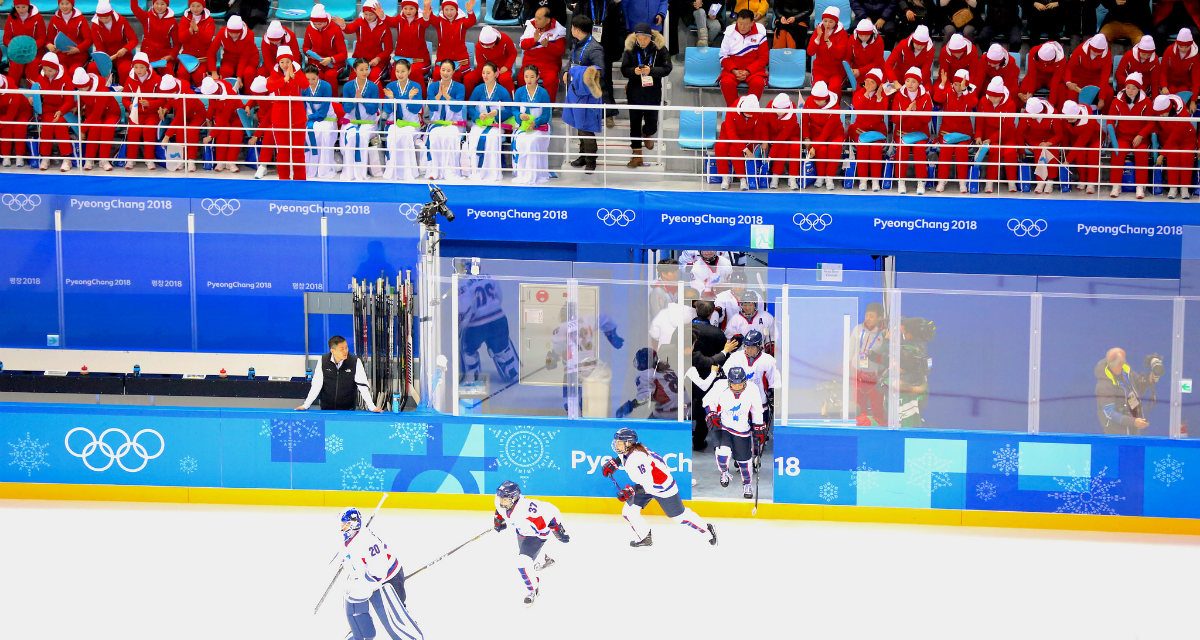 To the casual observer—and to many experts—North Korea presents a paradox. How has a small, relatively weak, poor, and isolated nation successfully resisted American power, United Nations resolutions, global public opinion, and a crippled domestic economy for over half a century? The consensus opinion maintains that North Korea has accomplished this primarily through its close ties to powerful neighbors—Russia and China. But are these revisionist powers the only reason that North Korea has proven to be so resistant and resilient in the face of overwhelming diplomatic, informational, military, and economic power? One possible answer is that North Korea’s staying power has another source: its skillful and unwavering use of indirect strategy, the pursuit of which has allowed an unquestionably weaker state to disrupt—and sometimes defeat—a hegemon’s strategy.

Even in “the West,” many leaders, both civilian and military, have heard the siren’s call that is Sun Tzu’s Art of War. Many students of strategy begin their study of the subject with this very work. It is simple, yet complex; deep, yet approachable in a way that Clausewitz will never be. In the West however, early fascination generally peters out with purported “maturity” and “depth of knowledge in the field.” We tend to move on to Clausewitz, Jomini, du Picq, Luttwak, Boyd, or Liddell Hart, leaving Sun Tzu to the amateurs and novices. Yet there is evidence all around us that Sun Tzu’s indirect approach is alive and well and is in fact, being used to great effect against us.

Although we have little access to North Korean strategists and are left to fill in the blanks about much of their strategic culture, it is likely that they are not only aware of Sun Tzu but very likely adhere to many of his general military maxims and stratagems, and most importantly, his strategic preferences. These preferences—attacking an enemy’s system of alliances, strategy, military, and population centers—seem to explain many of North Korea’s actions. What follows is an examination of recent North Korean action through the lens of Sun Tzu’s strategic preferences. While some may dismiss this conclusion as intellectually lazy—assuming that North Korea must be impacted by Sun Tzu based on racial or cultural affiliation—it is nonetheless an insightful lens through which to observe and interpret North Korean actions.

Sun Tzu’s primary strategic preference is to attack an enemy’s strategy. By undermining an opponent’s strategy, Sun Tzu and his adherents believe that one can remove the will and ability of an adversary to fight, thus subduing them without bloodshed. Although the United States and its allies are far from subdued, there is ample evidence which suggests that North Korea is deliberately working to undermine the US strategy and minimize its effects.

That strategy is perhaps best summed up as one of increasingly direct applications of US and international diplomatic, informational, and economic power (with healthy doses of military threats). In the recent past, the most oft used tool on the Korean Peninsula has been economic sanctions. North Korea’s withdrawal from the Nuclear Non-Proliferation Treaty in 2003 set off a veritable firestorm of sanctions which continue even today.

Despite the bevy of sanctions, North Korea remains unbowed, which begs the question as to how such a poor nation—whose people generate a paltry per capita gross income of $1,342—has been able to weather the storm. The answer is simple, yet frustratingly difficult to address; some members of the international community refuse to cooperate. Unsurprisingly, many of these nations are either adversarial or flatly hostile to the United States and its allies. Both the Iranians and Syrians have reportedly violated UN and US sanctions against North Korea, paying millions for high-tech North Korean military gear and nuclear know-how. Yet even friendly governments and private companies have allegedly conducted business with North Korea, although perhaps unknowingly. China, Malaysia, South Korea, Russia and Vietnam all stand accused of trading with North Korea in 2017. All told, the UN estimates that the North Korean government made nearly $200 million in 2017 alone from sanctions-violating trade, which undoubtedly contributed to North Korea’s unlikely economic renaissance.

In addition to improving economic conditions, North Korea shocked the world by developing, testing, and deploying nuclear weapons. Since 2006 North Korea is believed to have conducted six nuclear tests and built a nuclear arsenal of approximately sixty weapons. Coupled with recent advances in their intercontinental ballistic missiles, North Korea now likely possesses a nuclear force capable of inflicting significant damage to the US homeland.

Despite over a decade of allegedly severe economic sanctions, the North Korean state has not only endured, but emerged stronger. Simply stated, Pyongyang has largely side-stepped the low-cost, low-risk, preferred strategy of the United States and its allies. Further, by developing and fielding a moderately sized nuclear force capable of striking the United States, North Korea fundamentally altered the calculus of potential war and now possesses an effective deterrent to US armed intervention. By side-stepping sanctions and developing nuclear weapons, North Korea has, thus far, successfully attacked American strategy—all without ever firing a shot.

Sun Tzu’s second strategic preference is to attack an adversary’s alliances, the goal being to isolate and thereby weaken a potential foe. Again, a close reading of North Korean action in the recent past suggests they are pursuing just such a course.

After a period of diplomatic inactivity North and South Korea recently engaged in high-level talks on a variety of issues including fielding joint Olympic teams, reunification, and perceived American aggression. The North Korean foreign minister, Ri Yong-ho, recently urged the United Nations to check the United States’ aggression, arguing that North Korean actions have shown it to be a peaceful and stabilizing force on the Korean Peninsula. This so-called charm offensive is not new to North Korea, nor is its use of sports and the Olympics as an avenue of diplomatic engagement. In 2002, North Korea sent a delegation of athletes, officers, and cheerleaders to participate in the Asian Games in South Korea, which resulted in a period of de-escalation and reconciliation. North Korea again engaged in athletic-diplomacy in 2000, 2004, and 2006. The result was a subtle yet important shift in the international narrative, which previously painted North Korea as little more than a nuclear weapon–seeking rogue state. The North Korean overtures abruptly halted in 2007, a year after North Korea detonated its first nuclear weapon, but were renewed in 2014 when North Korean athletes competed in the Asian Games in Incheon.

Now, as in 2002, North Korean athletes are seemingly being used for far more than winning glory on the fields of friendly strife. Pyeongchang is more than a flashy show with impressive choreography, dazzling cheerleaders, and athletic competitions; it is part of a broader enduring effort by North Korea to alter the narrative on the Korean Peninsula. Alarmingly, it appears to be working. Over the past year South Korea has become increasingly open to the possibility of Korean reunification, a fact clearly illustrated by the election of President Moon Jae-in, a well-known reconciliationist. The ascension of Mr. Moon is a marked reversal from previous South Korean governments, which were extremely skeptical and critical of North Korean allusions to peace and reunification.

The softening of the South Korean position combined with the North’s formidable and ever-improving nuclear capabilities provide North Korea with an enviable negotiating position. It would seem that these facts are not lost on the North Koreans who have deftly used Olympic diplomacy to further reframe the narrative on the Korean Peninsula to both Korean and international audiences. Images of the joint Korean Olympic delegations being greeted by Kim Jong-un’s sister—Kim Yo-jong—and a prominent North Korean political leader—Kim Yong-nam—have taken the world by storm. Alarmingly, it seems to be working.

The North Korean diplomatic theater at the Olympics has placed the United States in a difficult position, as its increasingly bellicose rhetoric is at odds with South Korea’s growing reconciliationist movement. The gulf between the US diplomatic position and South Korean hopes was broadcast around the world during the opening ceremonies, during which Vice President Mike Pence did not stand for the joint Korean delegation as it entered the stadium. The result was an arguably poor optic in which the United States was out of step with international community and its principal regional allies. Matters took a further turn for the worse when Kim Yo-jong invited the South Korean president to direct talks in Pyongyang, an overture that the president has “practically accepted.”

The public relations coup for North Korea was not accidental. Over the course of the past year the North Koreans have made repeated attempts—with varying levels of success—to highlight the differences in US and Korean strategic goals. The growing gap between American and South Korean messaging concerning Korea (and other issues) is worrisome and illustrates the distance between South Korean and American interests. It may also indicate, or predict, a deeper strategic problem—South Korean movement away from the US sphere of influence. Although the consensus opinion doggedly supports a continued US-South Korean alliance, the rise of China and a rightly self-interested South Korea may eventually call the status quo into question and force South Korea to reexamine its relationship with what may become a regional hegemon.

Here too the United States finds itself in a difficult position. On one hand, US political idealism—a hodgepodge of neo-liberal institutionalism and constructivism—pushes planners and strategists to seek unification where there is division to move towards a more peaceful and united future. On the other hand, American realist instincts must acknowledge that what is good for the South Koreans is not necessarily good for the United States and that a reunified Korea would likely not permit a strong US armed presence on China’s doorstep.

There has been much talk of the United States adopting strategies outlined by Sun Tzu against North Korea, but decidedly less so about understanding North Korean actions through the lens of Sun Tzu. To date, North Korea has played its relatively weak hand masterfully. Despite enormous asymmetric disadvantages, North Korea has insulated itself from the worst effects of US national power. They have accomplished this by engaging only when they are able to leverage finite and temporary relative advantages. In other words, Pyongyang’s use of an indirect approach has stymied Washington’s direct approach. While the United States may have declared that the “era of strategic patience is over,” it would seem that North Korea believes otherwise. North Korea’s recent peace overture, charm offensive, and symbolic use of the Winter Olympics joint Korean women’s hockey team may ultimately disrupt both the US strategy on the Korean Peninsula and further separate America’s national interests and strategic goals from those of its regional allies. 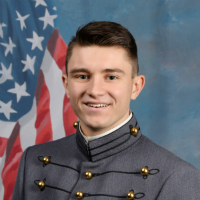 Cadet Alex Gudenkauf is a 3rd class cadet at the United States Military Academy. He is currently studying Defense and Strategic Studies.