Swords of the Sulu Sea: Countering the World’s Most Maritime Terrorist Group 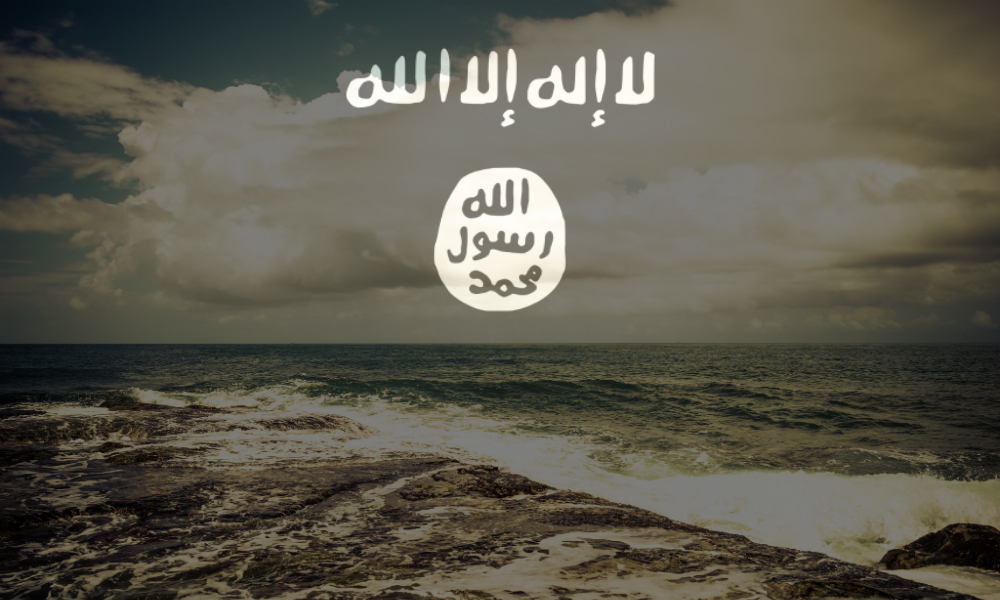 Preparing for and preventing terrorist activity in the maritime domain can be challenging; high-profile attacks at sea have been sporadic, varied in type, committed by distinct groups, and often separated by years. Incidents that have made headlines range from hijacking (as in the case of the 1985 capture of the cruise ship Achille Lauro by the Palestinian Liberation Front off the coast of Egypt) to the detonation of explosive-laden small boats alongside larger ships (as al-Qaeda perpetrated in the waters off Yemen against both the USS Cole in 2000 and the French-flagged oil tanker Limburg in 2002) to land-based missile attacks on transiting ships (as Yemeni rebels employed against US Navy ships in the Red Sea in 2016). Despite a seeming infrequency of attacks, in other words, terrorists have proven themselves willing and able to strike in the maritime domain in about as many ways as they are on land.

In fact, there is one specific terrorist faction that consistently engages in significant maritime attacks, and has been doing so for years: the Abu Sayyaf group of the southern Philippines. Although the group garners significantly less attention in the United States than its Middle Eastern counterparts, Abu Sayyaf—which for many years maintained connections with al-Qaeda and has more recently become increasingly linked to ISIS—has constituted a serious threat to the Philippines for nearly thirty years. Efforts to defeat the group have drawn the cooperation of neighboring countries and significant American military support. Those seeking to understand and counter terrorist acts in the maritime realm, then, have a great deal to learn from examining the methods, capabilities, and targets of Abu Sayyaf, as well as the collective actions that the Philippines and its partners have taken to defeat the group.

Certainly, Abu Sayyaf’s maritime activity is largely a function of geography: the group is based in an archipelago stretching from the southwest of the Philippines toward the Malaysian and Indonesian territories of the island of Borneo, dividing the Sulu Sea from the Sulawesi Sea. The group thus has ready access to the sea and boats, and frequently exploits that access to carry out its deadly activities. At present, Abu Sayyaf is thought to be holding more than thirty hostages, the majority kidnapped at gunpoint from vessels on the ocean. Just this month, the group killed one of the six Vietnamese sailors it had recently captured from a merchant ship underway in the Sulu Sea. In February, the group released a video showing its members beheading a German man that they had been holding hostage for three months after abducting him and his partner (whom they had already killed) from a boat in the same area.

Those familiar with the land-based tactics of ISIS fighters in the Middle East should find the Abu Sayyaf operational model recognizable: ransoms for funding, executions for effect. The group itself acts on land—kidnapping tourists from resorts, for instance—in much the same way as it does at sea, with activities in each domain reinforcing those in the other. The combined effect of these land and sea efforts has resulted in further comparisons between Abu Sayyaf and many other past and present terrorist outfits, in that they blur the line between violence for political ends and violence for profit. Indeed, Abu Sayyaf has often (and credibly) been accused of placing coin over cause as it has evolved through the years.

There are still signs, however, that for all its attack-for-profit activity, the group clings to its political goal of an independent Islamic state in the southern Philippines. Many of its more prominent (and deadly) attacks have had the purpose of killing in order to draw attention to their cause and wear down the resolve of the Philippine government. This has included regular skirmishes with security forces and the bombing of a crowded market in 2016 that killed fourteen people. Not coincidentally, given Abu Sayyaf’s distinct maritime character, its worst attack of all took place on the water: the bombing of the passenger ferry SuperFerry 14, killing over 100 people in the Philippine capital of Manila in 2004, remains the single deadliest act of maritime terrorism in history. Given that Manila lies nearly a thousand miles to the north of Abu Sayyaf’s home territory, that attack hinted at an ambition to be something more than a provincial pirate gang, and continued non-piracy efforts show that the group maintains such desires.

Ultimately, wherever one might place it on the spectrum of crime and terror, Abu Sayyaf is a dangerous group that kills and kidnaps innocent people indiscriminately, brings instability to an entire region of a country, and presents a serious challenge to the security forces charged with defeating it. The group’s existence requires, and has drawn, concerted and multilateral military efforts.

The Philippines’ commitment to stopping the group has been serious, with various forces patrolling hot zones and hunting down the group’s members in their jungle island hideouts. US forces have long been involved in the effort, too, with up to 1,200 personnel on the ground to support counterterrorist operations (those numbers decreased after the end of a specific support program in 2015, but some troops remain). At sea, the Philippines has dedicated patrol craft to prevent and disrupt Abu Sayyaf attacks. Moving forward, joint patrols including maritime security forces from the Philippines, Malaysia, and Indonesia are planned. The US Navy has also signaled a willingness to contribute ships to that effort.

The specific nature of the partnerships the Philippines chooses to pursue as part of its counter-Abu Sayyaf strategy will be telling. Philippine President Rodrigo Duterte has gone so far as to call for withdrawal of US forces from his country, even as he has signaled a desire to have Chinese vessels provide counter-piracy patrols in the Sulu Sea. The balance of US, Chinese, and other forces that ultimately patrol the waters beset by Abu Sayyaf will have implications beyond the situation at hand; given the broader context of Chinese territorial disputes in Southeast Asian waters, their ability to work cooperatively with neighbors on a security effort such as this could be a pacifying, partnership-strengthening effort. Conversely, of course, deployment of Chinese ships to the Sulu Sea for this purpose could inflame tensions with other regional powers that are concerned about overt displays of naval strength in a time of significant disagreement over zones of maritime sovereignty. The United States will obviously watch the situation closely, and seek to position itself as a strong partner to its existing allies and a capable force in multilateral counterterrorism efforts.

No matter which forces are used, though, the maritime effort to defeat Abu Sayyaf will have to be closely coordinated with a land-side strategy. While naval patrols to counter piracy off the Somali coast in the last decade were successful largely as a stand-alone activity, their targets were fairly one-dimensional. That is, while Somali pirates tended to be driven by profit only, Abu Sayyaf (at least in part) views itself in ideological terms, holds identifiable political goals, and expresses solidarity with like-minded terrorist groups across the globe. Shutting down the group’s maritime activities may only have a “squeezing the balloon” effect, driving it toward more land-based attacks. For this reason, an effective ground force push into Abu Sayyaf strongholds should be coordinated to occur simultaneously with a surge in at-sea activities, thereby shutting down all sources of income, methods of transit, and avenues of attack that the group has.

Abu Sayyaf may be the most maritime of all terrorist groups, and stopping its activities at sea will be critically important. But as long as the group can return to safe havens on land, it can likely wait out the patience of patrolling navies as it concentrates on landside efforts. Once at-sea forces diminish or sail away, the factors that make maritime terrorism so appealing to Abu Sayyaf—the geography of the Sulu archipelago and the funding that can be gained from striking targets on the water—are sure to draw these terrorists offshore once again. If ground forces are not deployed in concert with upcoming naval efforts, in short, the boats of Abu Sayyaf are sure to return.

Kevin Duffy is a lieutenant commander in the United States Coast Guard and the commanding officer of Maritime Safety and Security Team Miami. He previously led the Coast Guard’s Middle East Training Team and served in the office of the Secretary of Homeland Security. Kevin writes and publishes widely on topics including national security, maritime issues, culture, religion, and sports.

The views expressed herein are those of the author and not necessarily those of the Coast Guard, Department of Homeland Security, or any other government agency.