It Takes Two to Tango: The Journalist’s Role in a Healthy Military-Media Relationship 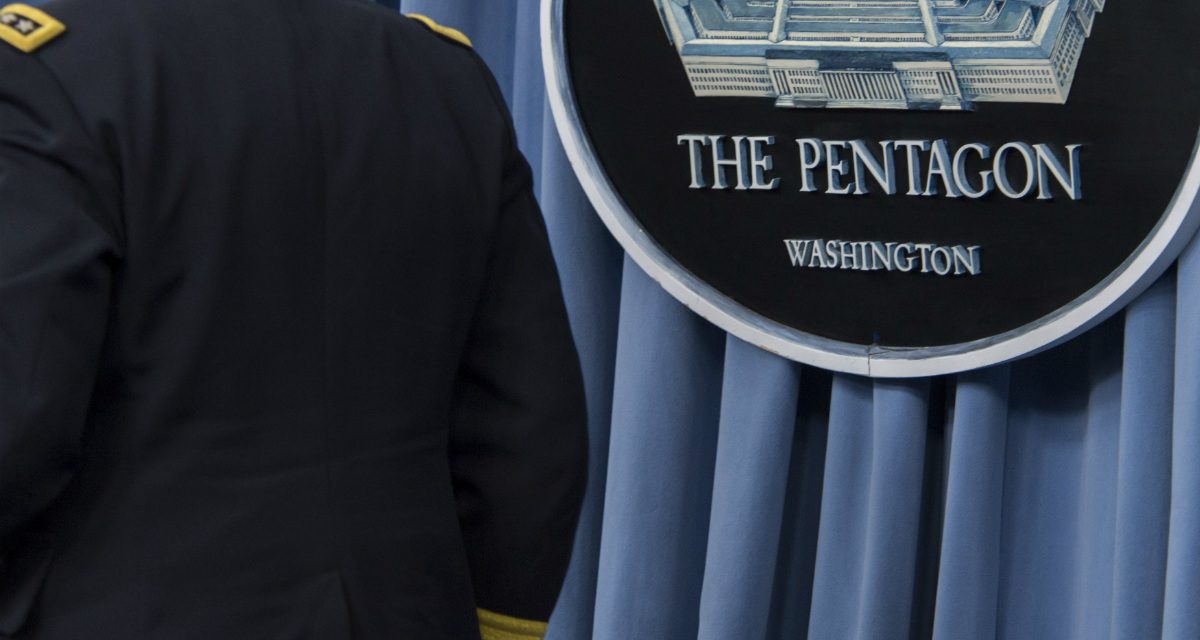 Media outlets have lately begun reporting on a reduction of press briefings at the Pentagon. The stories note that it has been over three hundred days since the Defense Department last held a formal press briefing. These reports acknowledge that military leaders and public affairs officials continue to work with reporters to inform the public, but take issue with the lack of formalized press conferences this year. Theories for the change in routine vary from matters of security to matters of politics. What these reports fail to consider is the culpability that some journalists share in creating legitimate concerns about going on camera in a period of increasingly divisive politics. That divisiveness has contributed to a blurring of the lines between professional journalism and punditry, putting at jeopardy the journalistic ethics to which the national-level press corps has traditionally abided.

On initial glance, I understand the reporters’ frustration. As an American, I expect accountability of our governmental institutions. As a public affairs officer, I aggressively push for it. Keeping our military leaders credible with the public makes the US military an even more formidable adversary for those who want to challenge American resolve at home and abroad. An authentic and open relationship with the press is key to that end. There is always room for criticism and recommendations on how the Defense Department can do a better job with the press. In this case, though, the Pentagon is getting a bad rap.

Professions are self-policing. The concept of professionalism traditionally describes a collective group of workers who are defined by a unique set of knowledge, control access to the vocation, adhere to a shared code of ethics, self-police the collective group, and perform a public service. Against that measure, journalism at the national level has placed itself under suspicion. Consider the recent Covington Catholic story. Most of the American press perpetuated a misleading campaign on Twitter and relentlessly attacked a teenager. These actions were so severe that courts may revisit libel case law for the first time in decades. This is just one example. With so many national reporters acting this way—something increasingly common in an era when news cycles are condensed and pressure to produce stories more quickly than ever is mounting—it becomes reasonable for military leaders to at least wonder whether these journalists can be trusted to report accurately. I would not advise my commander to go on camera with a journalist who has demonstrated a willingness to report before investigating.

I grew up wanting to be an investigative reporter. My career path has allowed me to work with journalists all over the world to facilitate reporting on US military training and operations. I passionately believe in the concept of the press as the fourth estate, an agent to hold government accountable. I enjoy helping reporters and have had great relationships with local-market journalists over the years. Unfortunately, reporters at the national level appear to have largely given up on covering the military. While American service members are serving and dying overseas, journalists have an opportunity to tell stories that help Americans understand—and even question—how these sacrifices connect to US strategy and interests. Unfortunately, many national journalists too often simply do things like give prominent news placement to a retired four-star general who described the deaths of American service members as the “cost to doing things in the world, being engaged.” Gone are the practices of men like Walter Cronkite, who demanded strategic justification for American lives spent overseas.

I am currently stationed near the geographic center of the country, at Fort Leavenworth, Kansas. Not a single national-level journalist has recently reported on this place, which is often referred to as the intellectual center of the Army. Historic things in military education are happening here. Army University is laying groundwork to confer bachelor’s degrees to graduates of the US Army Sergeants Major Academy for the first time. The Command and General Staff College has completed a total redesign of its advanced operations course, to prepare officers to meet the challenges of twenty-first-century large-scale combat operations against a near-peer rival. Where is the national press?

In other parts of the world, Tennessee National Guard forces are helping European allies to bolster their defenses against a belligerent Russia. Three US Army brigades are training for deployments to Korea, Afghanistan, and Iraq. These operations involving thousands of US soldiers are not considered worthy of the national press corps. Meanwhile, the national journalistic community recently gave unprecedented time to making national celebrities of a porn star and her attorney, who is accused of domestic violence and attempted extortion. All the while, as I’ve seen in my time as a public affairs officer, these reporters frequently decline opportunities to spend time with the troops.

Some may argue that it is unfair to judge military correspondents by the actions of their peers, who cover politics and entertainment, or decisions of their producers and editors. Last year I had the chance to sit down with a reporter who covers the military beat for a prominent Washington, DC newspaper over breakfast. I say again, this was a reporter who specializes in covering defense. He complained that the Defense Department is retreating from the press because of political pressure. I listened respectfully. When he was done, I talked about my tour in Alaska and how I had tried unsuccessfully to get his peers interested in covering Arctic training that had the attention of the Russian military. I was not prepared for his answer: We might have been interested if you would have staged a mass orgy up there, he said. This did not bolster his case that it is the military’s fault for a supposed lack of press interaction.

For reporters who truly want to engage the military, there are commanders and public affairs officers all over the world who have been competing for your time. Take those leaders up on their invitations. Save your political questions for the lawmakers who create policy. Bring us your curiosity about how we implement defense policy. We will make it worth your time.

Chase Spears is a graduate student at the US Army Command and General Staff College.

The views expressed are those of the author and do not reflect the official position of the United States Military Academy, US Army Command and General Staff College, Combined Arms Center, Department of the Army, or Department of Defense.