Taking the Geopolitical Temperature of the Arctic: Four Things to Watch 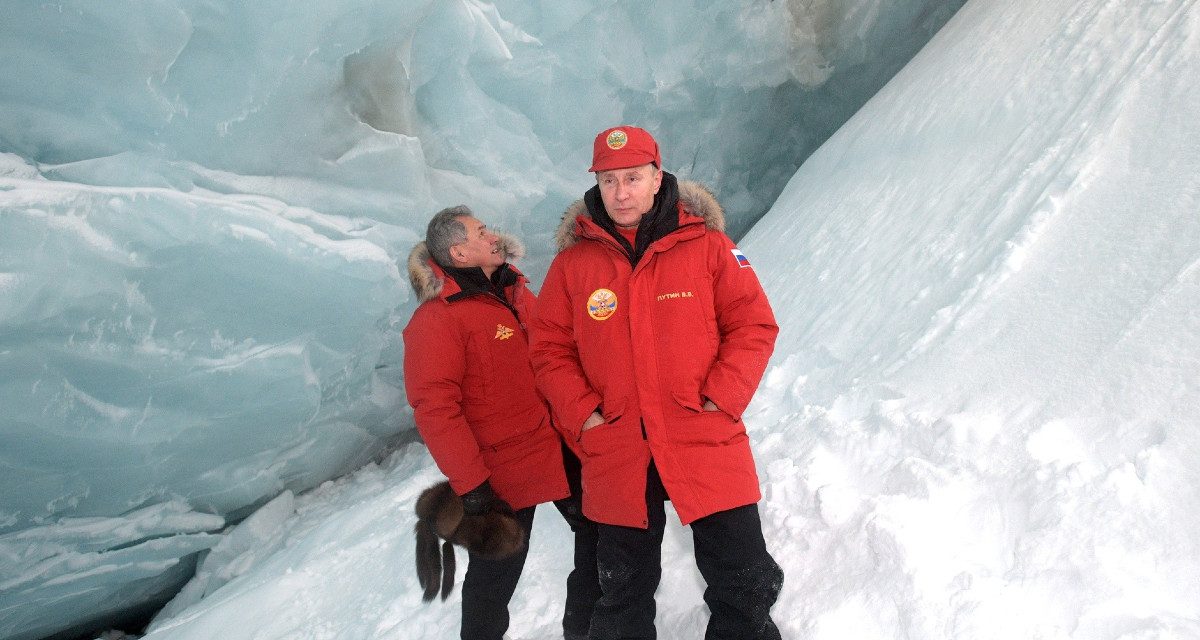 While armed conflict in the Arctic is unlikely in the short to medium term, rhetoric is becoming more bellicose. With the new Biden administration, it will be pertinent to watch four key geopolitical developments in the Arctic.

Rhetoric Shifts: The Arctic as a Zone of Conflict or Cooperation?

The most pertinent geopolitical development is the shift in rhetoric among the different Arctic powers. The United States is taking a more forthright, assertive approach, with its recent Arctic papers from the US Navy and Department of Homeland Security addressing security concerns in the form of Russian militarization and Chinese interference. Meanwhile, Russia has a dual approach that frames the Arctic as a place for cooperation while militarizing in the background. China, on the other hand, is taking a multipronged approach by initiating the Polar Silk Road along the Northern Sea Route, operating new research stations in Norway and Iceland, and increasing its physical presence in the Arctic Ocean. While all three powers have elements of both cooperation and competition in their Arctic strategies, it is important to track shifts in rhetoric and actions in the zone.

The US Army Arctic Strategy: Are Russia and China Central?

Following in the footsteps of the US Navy and the Department of Homeland Security, the US Army released its own Arctic Strategy in March. This of course recognizes that the strategic situation in the Arctic is changing and with increased activity on Alaska’s shores comes sharpened security threats. Time will tell how the Army fully conceptualizes Arctic challenges going forward. However, as it continues to evolve its strategy, it must consider Russia in its historic role as an Arctic power. It also needs to also address China’s interest in the region, in terms of the increase in non-Arctic state presence within the region. Increased Chinese investment in other Arctic states, particularly Greenland and Iceland, alongside the construction of the Polar Silk Road, could portend a stronger Arctic presence moving forward. That said, this Army Arctic strategy is the first of its kind for Washington, which in itself creates great expectations. Depending on how dogmatic the US Army appears with regards to great power competition in the wake of the strategy’s release, and whether or not the implementation of the strategy singles out Moscow or Beijing (or both), we should expect a warming of tensions between the United States, China, and Russia.

Mitigating climate change in the Arctic context will require great power cooperation and collaboration. This broadly exists under the Arctic Council banner; however, it will be interesting to watch how Biden’s firm rhetoric toward Beijing and Moscow impacts capacity for climate cooperation between the three powers. Climate change is a transnational problem requiring joint solutions by all Arctic states, so cooperation is necessary. A focus on great power competition might yet stymie these efforts. The Biden administration must find the right balance to both respond to perceived aggressive actions by Russia and China while simultaneously finding places and issues on which to cooperate. With Russia assuming the chairmanship of the Arctic Council for 2021–2023, the Biden administration must engage in a calculated manner that allows for cooperation on issues of climate change while also pushing back on efforts to increase great power competition.

As freedom of movement increases in the Arctic and new players increase strategic interest, so too does the basis for a NATO Arctic strategy. After all, four of the five Arctic-rim states and many of the Arctic Council stakeholders are NATO members. Environmental security including critical infrastructure security, indigenous peoples’ rights, and fisheries are just a few of the alliance’s interests in the Arctic zone. The key implication of a NATO Arctic strategy will be the fact that no body exists currently in the Arctic that deals with military-security issues. This will pose a problem, particularly given Russia’s expected response to a NATO “creep” into the Arctic. Perhaps, a NATO Arctic strategy could propose such a body—allowing for less misinformation and more transparency for military maneuvers, actions, and dialogue in the Arctic.

Geopolitical developments in the Arctic are moving more quickly than anticipated, facilitated by climate change. The United States has a new administration in the White House that calls for cooperation on the global climate threat—which makes the Arctic region a prime testing ground for cooperative climate policies. However, the realities on the ice demand Biden keeps an eye on these four geopolitical developments.

Gabriella Gricius is a PhD student at Colorado State University in the Political Science Department. She is also a Graduate Fellow at NAADSN and focuses on great power politics and questions of security in the Arctic.