A Tale of Two Dragons: Chinese Power Projection on the Silver Screen 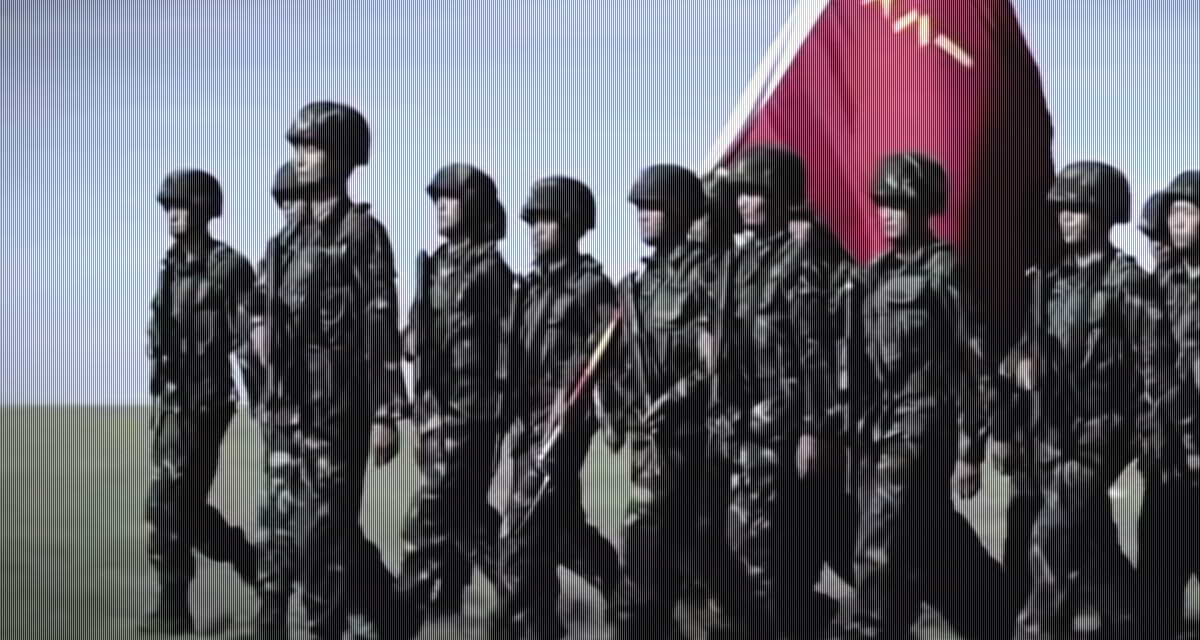 Somewhere in the Gulf of Aden, Somali pirates hold the crew of a container ship hostage on the ship’s bridge. The ship is trailed by a frigate, and elite naval commandos are now stacked on the ladders leading to either side of the bridge. A helicopter from the frigate makes an extreme maneuver, allowing a sniper on board to attempt an impossible shot, perfectly timed with the detonation of breaching charges. It is not SEAL Team 6, but the Chinese Jiaolong (Sea Dragons).

That is what viewers will see in Operation Red Sea. The Chinese-language film (with English subtitles) has just been released on Blu-Ray and DVD in the United States. Directed by Dante Lam (Operation Mekong) with the cooperation of the People’s Liberation Army Navy (PLAN), it is a Hollywood-quality action film which follows a team of PLAN Sea Dragons, the Chinese version of Navy SEALs, as they battle terrorists in a bid to rescue Chinese citizens from violence in the fictional Middle Eastern state of Yewaire. The premise of the film is loosely based on the PLAN’s evacuation of Chinese citizens and third-country nationals from the port of Aden in the early days of the Yemeni Civil War. Inherent in the rise of China and the PLAN’s rapid expansion, the film also reveals a tension between competing visions of the future of Chinese policy and the development of the PLAN itself. On the one hand, the film portrays the PLAN as a global force for good, fighting the forces of chaos and instability that confront the international community, while on the other hand, hinting at the PLAN’s destabilizing role in enforcing China’s disputed territorial claims in the South China Sea.

The film opens with a dynamic and suspenseful hostage rescue during anti-piracy operations off the coast of Somalia—operations in which the actual PLAN has been an active participant, helping to enforce United Nations mandates, since 2009. Interestingly, the anti-piracy operation off the coast of Somalia is the only time since the creation of the United Nations that all five permanent members of the Security Council have deployed forces on the same side. It is also indicative of a China that is increasingly willing and able to deploy its military power beyond its immediate region—exactly what Operation Red Sea highlights.

After the hostage rescue, the film’s narrative arc turns to a coup in the fictional state of Yewaire, which triggers a noncombatant evacuation operation. The Chinese Type 054A frigate Linyi along with the Sea Dragons are dispatched to evacuate Chinese citizens and the foreign staff of Chinese companies. Upon safely reaching the Linyi, many of those rescued break out into displays of elation and gratitude. One Chinese naval officer confidently states that the message of the operation should be clear, “that you can never harm a Chinese citizen.”

To complicate matters, the terrorist group Zaka attacks Yewairi government forces and the Sea Dragons at every turn. The mission evolves as it becomes apparent that Zaka has Chinese hostages, and is engaged in a plot to obtain yellowcake uranium and construct a dirty bomb. Zaka is portrayed as an organized and competent enemy, which increases the perceived prowess of the Sea Dragons whenever they prevail. Zaka also displays a catalogue of the worst behaviors of Middle Eastern terrorist organizations—beheadings, intimidation videos, and forcing innocent civilians to act as suicide bombers or witness the execution of their children—behaviors that create an immediate sense of common cause between the Sea Dragons and the audience. In this respect, the film shows no gray area—there is only good and evil. In one instance, as a Sea Dragon attempts to defuse a device worn by one of the coerced suicide bombers, he is mistaken for an American—a bit of a homage to the heroic light in which the United States military is often portrayed, but also a clear indication of the Chinese military’s desire to be seen in this same light.

There is much in Operation Red Sea that would seem foreign to an American audience, but also much that would seem familiar, particularly to those acquainted with the military. The presence and role of the political commissar on the bridge of Linyi immediately stands out, as does a constant refrain of characters discussing gaining permission from higher headquarters for one action or another. However, these permissions are not always sought, and the Chinese leaders exhibit a greater degree of initiative than is generally seen in Western portrayals of the Chinese military. There is also an admirable lack of focus on the one female member of the Sea Dragons, whose presence in this elite force is merely accepted as the norm, rather than highlighted for its novelty.

American audiences will find the leadership displayed in both the film’s character-developing dialogue and its moments of heroic actions familiar; it is what would be expected of American military leaders, showing that our archetypes of military leadership may be closer than might be expected, and that the organizational culture of the Chinese military may be seeking to produce these types of leaders. However, even this is tempered with the more limited way in which the Chinese view their responsibilities in the world. In one scene, a Sea Dragon laments, “We saved their lives, but not their homes.” The Sea Dragon captain replies, “This country of theirs is in such a mess, at most we complete our mission and that’s it.” This exchange hints at an important difference in American and Chinese foreign policy. Whereas American policy might often include a comprehensive strategy to stabilize the state in question, Chinese aims are often much more circumscribed and transactional.

If China is a rising dragon, it remains remarkably uncertain what path that dragon will take as it continues to rise. Indeed, the film offers two competing visions of the Chinese dragon. The first dragon emerges as a global force for good, fighting the forces of chaos and instability that confront the international community. Here the PLAN appears very similar to the United States military. It is portrayed as a high-tech and professional military force. Many scenes could be mistaken for one that might play out on a United States Navy ship, and Sea Dragons mistaken for SEALs, at first glance. When in Yewaire, the Sea Dragons travel in Humvees and mine-resistant vehicles reminiscent of those of the United States Army during the Surge campaign in Iraq. Of course, it is a good thing if the PLAN aspires to be like the US Navy. A nascent US Navy once aspired to be like the Royal Navy, and we rose to be its greatest partner and continue to cooperate with one another to maintain an international order based on particular rule sets.

The first dragon, the one portrayed throughout the vast majority of the film, is a responsible partner in maintaining that same international order, and current international rule sets have facilitated China’s rise. The People’s Republic of China has grown wealthy through international trade, and since 1971, has held a permanent position on the United Nations Security Council with veto power. In Operation Red Sea, the PLAN helps maintain these rule sets by combating piracy off the coast of Somalia and fighting terrorist threats in unstable regions of the Middle East. In fact, the film goes out of its way to link the motivations of one character to the 2005 London transit bombings, thereby establishing a link between the PLAN military actions and the broader global fight against terrorism. As an American, you find yourself rooting for the Chinese throughout the film; they are fighting our enemies and doing the things we do. The first dragon is the one that the rest of the world longs to see, a partner in maintaining the international order and a global force for good.

The second dragon emerges only from the shadows in the final minute of the film, almost as if it were added as an afterthought, as if the film were viewed by someone in power who decided that the tone was too cooperative and insisted on the addition. In fact, the scene shows no individual characters, just ships at sea. After the events of the rest of the film, and thousands of miles away in the South China Sea, a flotilla of PLAN ships approaches what appears to be a smaller US flotilla of one Ticonderoga-class cruiser and two Arleigh Burke-class destroyers conducting a freedom of navigation operation. Alarms sound on the PLAN ships and a voice comes over the loudspeaker repeating in Chinese and English: “Attention! This is the Chinese Navy. You are about to enter Chinese waters. Please turn around immediately!” The second dragon is the one that makes and aggressively enforces destabilizing maritime territorial claims. This is the China that creates its own rules by ignoring the existing ones. The second dragon is the one that much of the world hopes to see fly away in favor of the first.

The film, like our relationship with China is so close, yet so far. While China views its rise as more of a return to great power status after a two century hiatus, the world has changed since it was last a great power. Chinese apprehension about the international norm of freedom of the seas is understandable: its nineteenth-century permutation arguably played a significant role in China’s decline through gunboat diplomacy, the colonization of key ports, and the opium trade. The British, the champions of the rudimentary notion of freedom of the seas at the time, played an outsized role in these events and activities. However, the modern notion of freedom of the seas, as articulated by the United Nations and guaranteed by the United States Navy, is a far cry from its nineteenth-century forebearer, and has underpinned the system of international trade that has brought China its return to prosperity and great power status. Which dragon will China and the PLAN choose to be? This is the great question upon which much in the twenty-first century will depend. The film, co-produced by the PLAN, sends a deliberately mixed signal. While the first dragon is showcased for the majority of the film, the second dragon lurks menacingly in the background. Despite how China and the PLAN may choose to present themselves on the silver screen, in the final analysis, actions will speak louder than films. 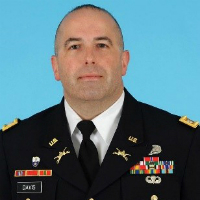