Teaching Irregular Warfare in the Era of Strategic Competition 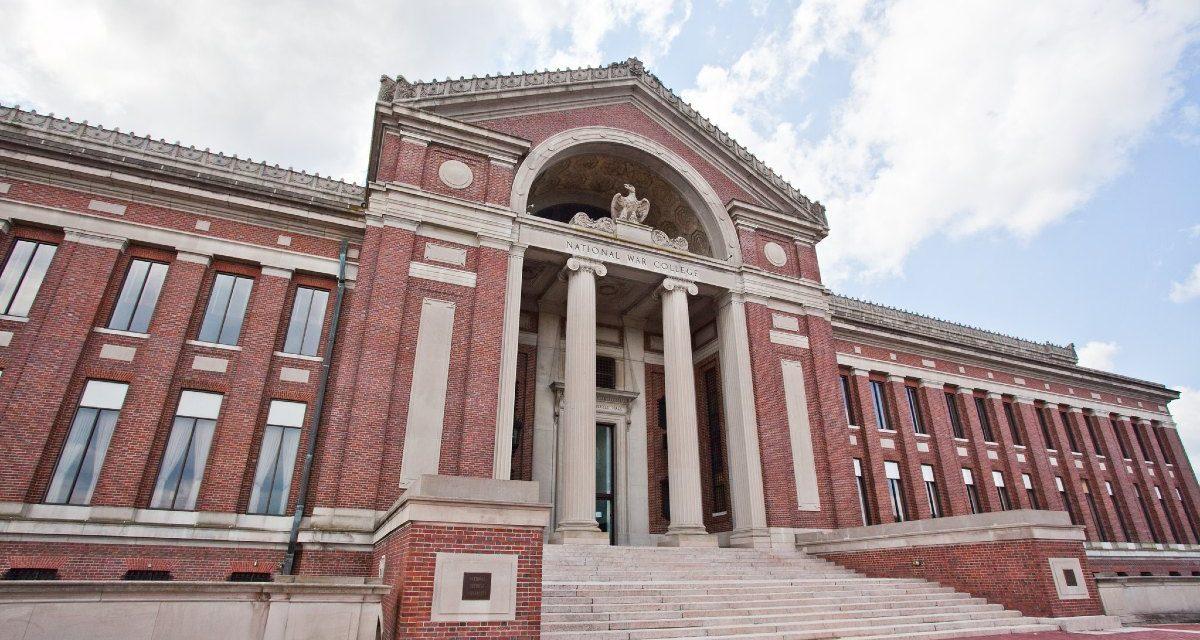 The 2022 National Security Strategy focuses on US leadership in strategic competition over the future of international order. The document lays out the threats and challenges the United States faces today from adversaries such as Russia and China. In order to prevail over such competitors and secure US leadership in the future, the United States needs to reconsider the way it approaches teaching irregular warfare (IW) in its professional military education (PME) institutions.

Russia and China have demonstrated the rising significance of IW in the era of strategic competition. The Kremlin has used “little green men” to annex Crimea and deployed the Wagner Group to foment separatism in eastern Ukraine. China has stolen Western technology to get ahead and used its Belt and Road Initiative to undermine Western economic institutions. In what looks like an increasingly multipolar world, more and more actors are willing to resort to IW to compete; the United States’ IW curriculum needs to reflect that fact.

In the era of strategic competition, IW has become about building influence, creating leverage, and undermining opponents through all instruments of national power. It is about the use of all available capabilities to pursue hostile intentions without having to resort to the use of military force. When wars do break out, US adversaries have shown that IW is about fighting dirty, with little regard to internationally accepted norms and rules of armed conflict. What has been unthinkable for Western democracies has become the norm for autocratic governments in Moscow or Beijing. As a result, US PME students need to graduate with a proficiency in IW if they wish to fight and compete effectively.

To date, IW has had a light presence in PME curricula. The situation has begun to change with the publication of the IW Annex to the 2018 National Defense Strategy. However, most IW-relevant courses have focused on the operational level, examining best practices in counterterrorism, counterinsurgency, resistance operations, or countering information warfare. Such competencies are not enough. The basic knowledge of best practices is similar to training in which officers are given checklists that they have to follow to achieve a desired outcome. But without understanding the larger context and the fundamental variables at work in IW, simply following best practices might be counterproductive. Best practices work only when combined with a deep knowledge of the adversary and an understanding of the strategic logic behind its actions. In order to achieve that, IW proficiency in the contemporary world in the era of strategic competition should include the following competencies.

First, students of IW should have a solid understanding of how the United States fights wars and how others do. They should be proficient in conventional warfare and should have a clear understanding of how IW fits into what happens on the battlefield. As the war in Ukraine demonstrates, conventional warfare and IW go hand in hand. In addition to the conventional genius of the Ukrainian military, Kyiv has been able to gain advantage with the help of IW operations like the covert attack on Saky airbase in Crimea or the bombing of the Kerch Strait Bridge that connects Russia to Crimea. In the era of strategic competition, adversaries are even more likely to rely on IW to avoid direct confrontations that are costly. As a result, students of IW should know what strengths and weaknesses come with conventional warfare and IW, how the United States can maximize its strengths and minimize weaknesses, and what lessons it can learn from past wars.

Second, students of IW should know how the United States competes and how others do. IW is not all about warfare. In fact, successful IW often involves undermining an adversary without having to fight at all. Russia, for example, has used troll factories to spread propaganda and undermine its opponents, while China has used its Belt and Road Initiative to undermine US economic interests. Such actions demonstrate that US opponents will use all instruments of national power to build influence and create leverage. As a result, students of IW should study statecraft and comparative politics. They should know how the United States conducts foreign policy and how others do. They should be proficient in how US adversaries use various forms of power, employ hostile ideologies, and manipulate political legitimacy to fight without fighting. This knowledge is essential to comprehend how the US military fits into strategic competition and how US interagency partners can work with the military toward the same objectives.

Third, students of IW should invest in critical thinking. Critical thinking remains one of the most crucial capabilities for a warfighter. As explained above, US adversaries will exploit any combinations of tools and methods to compete. Adversaries such as China, Russia, and Iran will not adhere to US-led rules-based ways to interact with others: they will eagerly weaponize humans, food, and energy. No matter how well trained and prepared the US military is to fight an opponent, PME graduates need excellent analytical skills to quickly navigate among the surprises and tricks that permeate IW. The United States needs to invest more effort in active learning and scenario-based exercises to allow students to practice applying their theoretical knowledge and practical skills to real-life situations. Students of IW should graduate as agile thinkers who can quickly pivot to put the pieces of IW puzzles together.

Fourth, students of IW need education in strategic networking. A lot of IW work happens with interagency partners outside of the Department of Defense. For example, the US Departments of Transportation and Commerce are working with Ukraine on infrastructure resilience. As a result, students of IW should be able to effectively communicate with interagency partners. Additionally, successful strategic competition can depend on international partnerships. The more friends, allies, and partners the United States has, the fewer opportunities for malign influence Russia and China will have. For example, Central Asian states today offer a unique networking opportunity for the United States: hesitant to trust Russia due to its invasion of Ukraine, they are also cautious about the hidden costs that come with China’s expansion in the region. Students of IW should be able to identify the importance of such networking and should be capable of engaging with interagency and international partners so that the United States can improve its ability to make a phone call to prevent a war.

Fifth, students of IW should be trained to conduct themselves ethically. Too often, the Kremlin would point out that the United States is no better than Russia, and that the Russian government is only doing in Ukraine what the United States has done in many parts of the world. US students of IW have to be able to counter such narratives. Democratic regimes come with checks and balances, transparency and accountability, and the rule of law—ideals that place additional constraints on democratic governments. Authoritarian regimes in Moscow and Beijing do not have to answer to the same standards of public oversight as the United States. So wouldn’t getting rid of the constraints allow the United States to compete more effectively?

The answer is no. Emulating Russian or Chinese behavior will only undermine the United States’ international standing. The world is currently witnessing how ethical conduct is working in favor of Ukraine: Kyiv is confidently building international support through the professionalization of its special operations forces and its strict adherence to international rules of armed conflict. Russia, meanwhile, is isolating itself even further by sending prisoners to the front lines in Ukraine who then unsurprisingly engage in war crimes. Students of IW have to be proficient in ethical ways of fighting and competing that will bring the United States more leverage, recognition, and global leadership without undermining the very principles and ideals Washington says it stands for.

Sixth, the United States needs a continued commitment to build its foreign language expertise. The United States is woefully behind in foreign language skills. Budgetary constraints often lead to cuts in critical foreign language education. But the United States has already seen how the dearth of foreign language expertise can affect its warfighting. In order to win, the US military needs experts who not only have a deep understanding of US adversaries, but will also be able to converse with those adversaries in their language. Linguistic competence opens so many doors to cultural proficiency, which is invaluable in reading IW prompts and signals. The US government needs to expand opportunities for IW students to gain linguistic competency, even if at a basic level. Exposure to the Russian, Chinese, or Persian languages can help US soldiers better understand the way US adversaries think.

Only when students of IW have a foundation in the six competencies above should they also study best practices in particular branches of IW. These can include what has worked and what has failed in countering terrorist and insurgent groups, what has proven to be effective in resistance operations, or what has been successful in countering propaganda and disinformation. Applications of best practices without an intimate knowledge of an enemy can lead to counterproductive results. But IW expertise that is grounded in the six competencies above will allow students of IW to make better decisions—and help the United States compete more effectively in all forms of warfare, conventional and irregular alike.