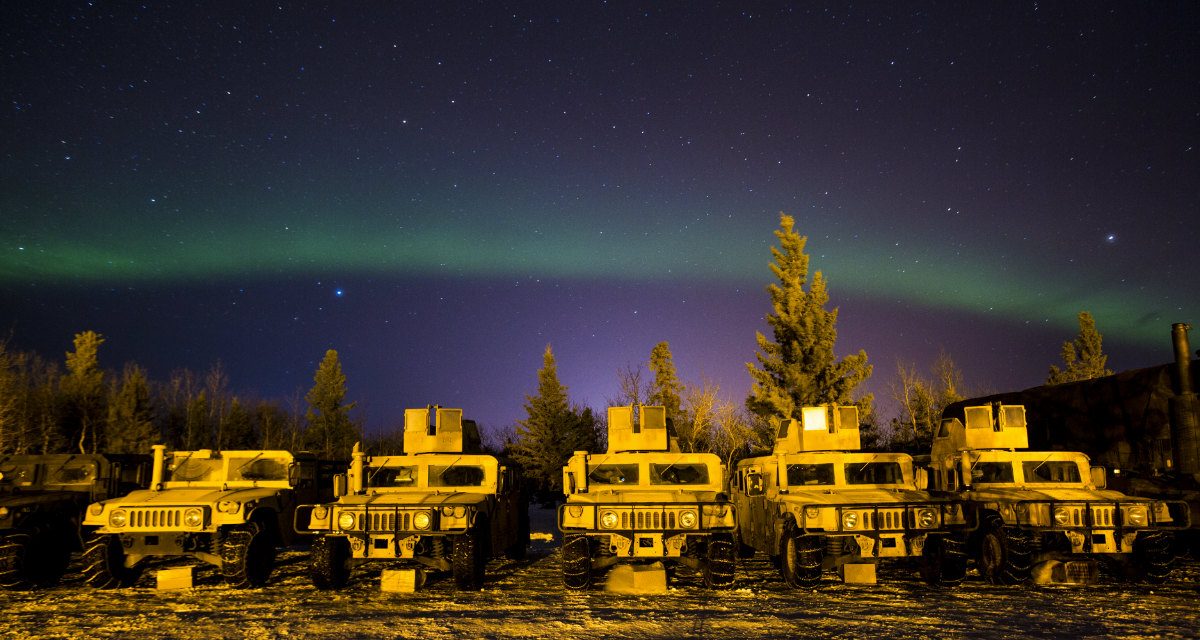 It is impossible to predict the next conflict, let alone the climate and terrain that will characterize the battlespace. But growing signs point toward littoral zones—most notably those in the first island chain of the western Pacific, but also those in regions from the Baltic to the Arctic. From the Aleutian Islands of Alaska to the jungle-covered Ryukus in Japan and the northern forests of Scandinavia these regions are characterized by their proximity and relationship to water and their complex and compartmentalized terrain.

The 2016 Marine Corps Operating Concept specifically calls out mountainous, jungle and arctic terrain as “areas where spatial maneuver is influenced by geographic and topographic features that impose compartmentalization and affect lines of visibility”—and these types of terrain require specific training and attention. The US military needs forces that are proficient in these environments—not only at the small-unit level, but larger units, as well. In littoral conflicts, US ground forces from both the Marine Corps and the Army will necessarily rely far more on support from the Navy. Green- and brown-water operations will be important. Rivers, bays, canals and lakes could all become key terrain that needs to be controlled. Our units need to be familiar with amphibious, bridging, fording, and small-boat operations. Deploying a rotational force of Marines to Alaska, along similar lines as the Unit Deployment Program in Okinawa, Japan, would provide much-needed arctic and littoral training opportunities and serve as a forward presence and a deterrent in the Arctic.

The Arctic has been intermittently prioritized by the Department of Defense. In 2013 the White House released the 2013 National Strategy for the Arctic and DoD issued the Department of Defense Arctic Strategy. Months later, in 2014, the Navy published its Arctic Roadmap 2014–2030. But between all three documents, there was only a single reference to the Marine Corps (and that just a photo of a Marine training in Norway). It is clear that the Marine Corps has been sidelined in discussions about the Arctic, despite its role as the nation’s premier amphibious force. The only footprint the Marines have in Alaska is a reserve installation, despite the array of available training areas, both on the ground and in the air. In one positive development, the Marine Corps recently doubled the size of its rotational force in Norway. The Army and Air Force have done better—hosting regular exercises and sending soldiers through the Northern Warfare Training Center for courses in skiing, survival, and cold-weather operations. The Navy is planning a summer Bering Strait transit and has flirted with the idea of an arctic port.

Russia has heavily invested in arctic infrastructure and training in recent years. Moscow has executed a sort of “Arctic pivot” by standing up a Joint Strategic Arctic Command. A graphic produced by the office of Alaska Senator Dan Sullivan makes clear how Russia has prioritized the Arctic in recent years, reopening Soviet-era bases, establishing ”Arctic brigades,” and winterizing military hardware—all moves that former Secretary of Defense James Mattis called “aggressive steps” toward militarizing the Arctic. China, without any territory in the Arctic, has nonetheless messaged Beijing’s own interests in the region with, for example, a recent policy paper called “The Polar Silk Road.” China has also invested in a domestic icebreaker fleet, its navy has conducted exercises in the Bering Strait, and in 2016 a Chinese mining company attempted to purchase an old naval base in Greenland.

While the United States does have an Alaskan Command, subordinate to US Northern Command (NORTHCOM), new efforts focused on the Arctic have been slower than those of our competitors. As Gen. Terrence O’Shaughnessy, commander NORTHCOM wrote recently, “The Arctic is a potential approach for our adversaries to conduct strikes on North America and is now the front line in our defense.” While the Navy has focused on developments in the western and southwestern Pacific and the Marine Corps continues to imagine its littoral and distributed concepts in primarily tropical latitudes, our adversaries have increasingly looked northward.

The Marine Corps Air Ground Combat Center in Twentynine Palms, California and the Army’s National Training Center at Fort Irwin, California are both in the Mojave Desert. Both centers have served the Army and Marine Corps well over the last decades, and they offer enough space for live-fire and large-unit exercises, with the airspace above to also integrate air assets. But as the services re-orient on future conflicts—very likely in the littorals and potentially in the Arctic—they need to find new places to train. The lessons we learned in the Mojave served the force well in the Middle East, but lessons for the littorals and the Arctic will have to be learned in Alaska.

The open desert and rocky hills that host the services’ premier training areas reinforce all of our technological advantages and minimize friction. Soldiers and Marines routinely use their optics and weapons at their maximum ranges and much of the year do not have to carry extra gear to sleep in or keep themselves dry or warm. These training sites play to our strengths. As any Marine or soldier who has had to transition from open terrain to mountains and forests knows, the terrain matters. It makes a big difference. Trees, mountains, and rivers can have major impacts on operations—as can snow and rain. This seems elementary, but a unit that doesn’t confront these challenges in training it will encounter problems. Furthermore, these desert training centers are far enough from the coast that they don’t allow for Navy integration, which limits the ability to train for amphibious operations.

This spring, the Navy and Marines will host the inaugural Pacific Blitz exercise, a merger of the Dawn Blitz and Pacific Horizon exercises. They will use this exercise to test, refine, and wargame their emerging and still classified new concepts, Expeditionary Advanced Base Operations and Distributed Maritime Operations. There would be no better place to test these concepts than in the Alaskan littorals. The Aleutian Island chain stretches for hundreds of miles and is littered with austere and unused airfields left over from World War II. These islands and their airfields offer the perfect terrain for testing expeditionary airfield operations, distributed operations, and littoral operations. The climate is also more challenging than the warm and tropical western and southern Pacific—a benefit when refining operational concepts.

Beyond hosting exercises in Alaska, permanently basing or rotating Marine forces there would enhance training opportunities and strategically posture forces. The Bering Strait is increasingly emerging as a choke point that will be key maritime terrain in the twenty-first century. Currently, between the 31st Marine Expeditionary Unit and the battalions that rotate through Okinawa, there are always two or more battalions forward-deployed. However, geographic limitations and local opposition have increasingly limited the training opportunities in Okinawa. Leaders at 3rd Marine Division have made clear to visiting battalions that they want to keep them “off island” for as much time as possible. There are far better training opportunities at the Combined Arms Training Center at Camp Fuji, Japan and in bilateral exercises at Japanese bases. In my own experience deploying to Okinawa as part of the Unit Deployment Program, it can feel like a six-month period in which skills atrophy after a workup.

Shorter, “Deployment for Training” periods of one or two months to Alaska would still offer much better training opportunities while limiting the impact to our global force model and current deployment commitments. Islands at the far end of the Aleutian Island chain that already host airfield infrastructure are as close to Japanese training areas on the northern island of Hokkaido as US bases in Okinawa and thousands of miles closer than Hawaii or California, where Japanese forces travel to annually to participate in large, multinational exercises. Another winter or arctic warfare training center in Alaska could supplement the extant Marine training areas at the Mountain Warfare Training Center in Bridgeport, California, and could support littoral and marine integration which Bridgeport cannot.

As Lt. Col. Tyler Moore highlighted in a submission to the Commandant of the Marine Corps Innovation Challenge, Alaska offers the best environment for littoral training. The state has more coastline than the entire rest of the United States. It already hosts the largest aerial training ranges in the United States and hosts major exercises for the Air Force. It offers forest, mountain, arctic, and littoral terrain.

As the Marine Corps continues to re-evaluate its basing locations and forward posture, Alaska should be at the forefront. The economic impacts of climate change on the Arctic region are still poorly understood, but some analysts estimate that as much as 22 percent of the world’s unproven oil and reserves lie under Arctic ice, which if it melts would set off an economic gold rush. Similarly, if trans-Arctic trade routes become navigable year-round, they could reduce the length of key global shipping routes by as much as a third. This region will only become more vital to US national interests in the years to come. The Marine Corps is moving more forces to Guam, Australia, and Hawaii in what one senior official called “the greatest movement of Marine forces” since World War II. It has stood down the Black Sea Rotational Force and doubled the size of its force in Norway. In the midst of these ongoing shifts, Alaska provides an opportunity to train and deploy to littoral zones adjacent to competitors and allies that are also Arctic and sub-Arctic. We need to be looking toward the high ground in Alaska.

1st Lt. Walker D. Mills is currently a student at the Defense Language Institute in Monterey, California. He was previously forward-deployed to the western Pacific region.