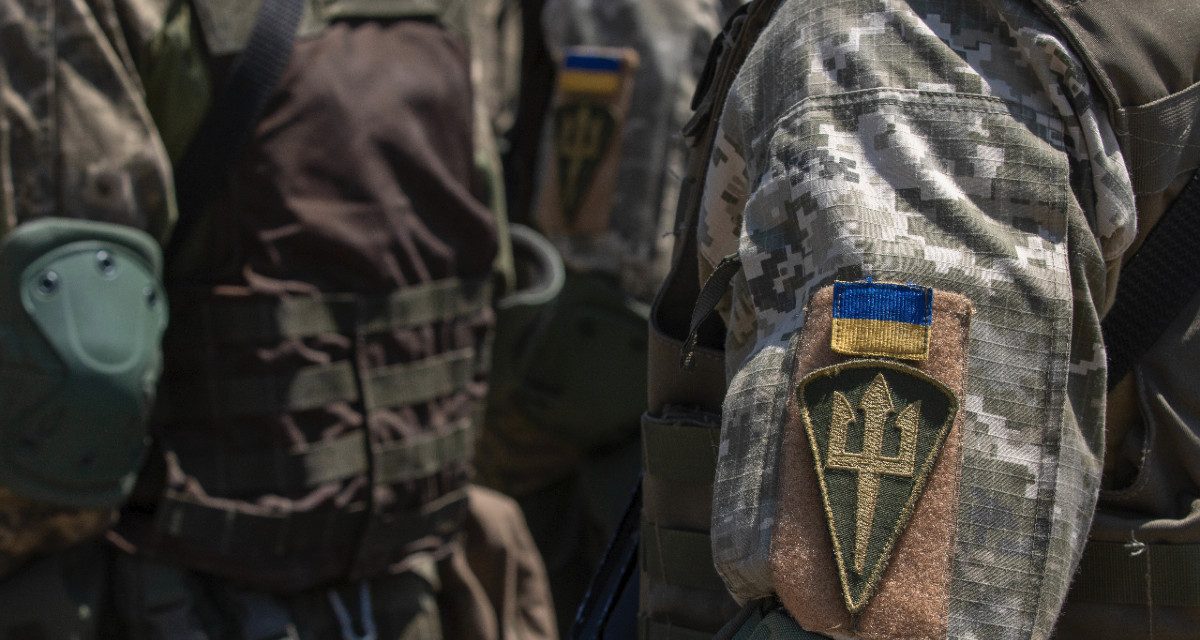 In July 2018, Col. Liam Collins wrote an assessment of Russian electronic warfare in Ukraine. In a particularly intense section, he detailed how Russian forces targeted the cell phones of Ukrainian soldiers:

In one tactic, soldiers receive texts telling them they are “surrounded and abandoned.” Minutes later, their families receive a text stating, “Your son is killed in action,” which often prompts a call or text to the soldiers. Minutes later, soldiers receive another message telling them to “retreat and live,” followed by an artillery strike to the location where a large group of [cell phones] was detected.

Media outlets and articles about Russian information warfare quoted this account and that event specifically. As Collins puts it, the tactic simultaneously “produce[s] psychological and kinetic effects.”

Much of what Collins described in Ukraine was not new in warfare. Militaries have long utilized propaganda to encourage combatants to surrender or influence civilian populations. Militaries targeted combatants through the signals they generated long before the invention of the cell phone. Propaganda efforts have even frequently appealed to combatants’ homesickness and familial worries in the past.

What is new about this tactic, however, was that the development of information technology had enabled a state to use psychological warfare against a soldier’s civilian family during an active attack on the battlefield. It opened up an entirely new realm of electronic and information warfare––a world where not only general civilian populations are targeted with propaganda, but also specific combatants’ families in real time despite being well away from the front. One can imagine this kind of warfare taken to extremes: family members receiving taunting emails with overhead images or videos of a drone strike on their loved ones’ position, or the audio of their soldier’s death recorded on a cell phone after an artillery strike.

Collins suggested several specific ways to mitigate the effects of this capability, and any military would be wise to brace their forces for this kind of warfare. I, however, argue that the United States government should take a further step: it should decide now that it will not engage in this tactic itself and declare a public commitment to establishing a norm against using electronic warfare to directly affect the families of enemy combatants. By promising to refrain from using such tactics and to encourage other countries to make the same commitment, the goal would be to ultimately form a new rule of customary international law. It would also prove strategically wise for the United States.

The Strategic Tradeoff Tips Towards Restraint

Developed militaries with robust signals infrastructure and assets all likely have the capability to effectively use this tactic. The real question is whether or not to engage in restraint. To justify such restraint in strategic terms, there must be some benefit gained for the opportunity cost.

In this case, though, what is the opportunity cost of restraint? Not much. Refraining from targeting combatants’ families does not create a corresponding loss in its signals infrastructure or assets the way swearing off the use of chemical weapons actually removes munitions from an arsenal. It also does not bind the military’s hands in terms of using cell phones for regular battlefield targeting or other information-operations purposes. The real loss in choosing not to target combatants’ families through electronic warfare is a slight decrease is the range of psychological tools available to military planners.

On the other side of the strategic ledger, refraining from targeting combatants’ families through electronic warfare would advance the humanitarian conduct of war. In the last seventy years, proponents of international humanitarian law have been successful in establishing norms and treaties to try to make armed conflict, however inevitable, less harmful to both the combatants fighting them and the civilians affected by them. This restraint would also not be the first time the United States voluntarily gave up a military capability; perhaps the most famous example is the ban on chemical weapons. Despite limiting its own capabilities, such a move would also benefit the United States in two important ways.

First, restraint would strengthen alliances and coalition-building capacity. Many of the United States’ key allies have a strong commitment to humanitarian conduct in conflict. The United States’ leadership in this area has an important impact on its ability to maintain its coalitions. For example, a study that tested all interstate conflicts from 1900 to 2003 found that democratic states are willing to coerce allies in order to have them follow the law of war. Importantly, that study specifically pointed out that “survey evidence shows that third-party publics’ support for the United States is in part determined by the conduct of the United States and her allies during war.” Committing to refrain from activities like those Collins discussed in Ukraine can, therefore, directly impact the United States’ ability to build and maintain military coalitions. This is especially important at a time when American defense policy is emphasizing a heavier reliance on allies.

Second, restraint strengthens US battlefield information operations. Perhaps counterintuitively, a declaration that the United States will refrain from electronic warfare involving combatants’ families would strengthen its own information operations in armed conflicts. The United States has previously used its reputation for respecting human rights and the law of armed conflict to its advantage on the battlefield. During the Gulf War, the United States engaged in a leaflet campaign that encouraged surrender and reminded Iraqi soldiers they would be treated with respect and in accordance with international law. The United States’ commitment to humanitarian conduct during the war made such surrenders more likely.

The Logic of Unilateral Action

Even if it makes strategic sense to develop such a norm, why should the United States act unilaterally in making a vigorous declaration to refrain from using electronic warfare to specifically target combatants’ families? First, as discussed above, the United States would gain two strategic benefits even if other governments did not follow suit and establish it as a universally adopted norm.

Second, international law is made by states, not only through the treaty process, but by practice. A state that lays out a new principle of international law or custom can forge the way for other states to follow. A good example of this process is the “unwilling or unable” caveat to the principle of sovereignty in the law of war. Traditionally, international law had held that each country’s sovereignty was inalienable. The United States was the first state to argue for an exception when states had failed to police internal threats, but today, ten more explicitly do so, including many NATO countries and Russia.

Given the relatively small tradeoff in limiting information warfare in this specific area, the United States should draw a sharp contrast to what has occurred in Ukraine and commit to refraining from tactically using combatants’ families in such a way as a matter of policy. Doing so makes strategic sense to strengthen its ability to build coalitions and conduct battlefield information operations. Cell phones on the battlefield are already commonplace and the forward march of technology will only continue to deepen the ability to reach behind the frontline. In order to gain maximum effect, the time to act is now, before this kind of targeting becomes widespread.

Lucas Scarasso is a law student at Georgetown University and an editor on the Journal of National Security Law and Policy. He holds an MA in international security from George Mason University.