The Building with a Million Meetings: Can the Pentagon Be Both Efficient and Resilient? 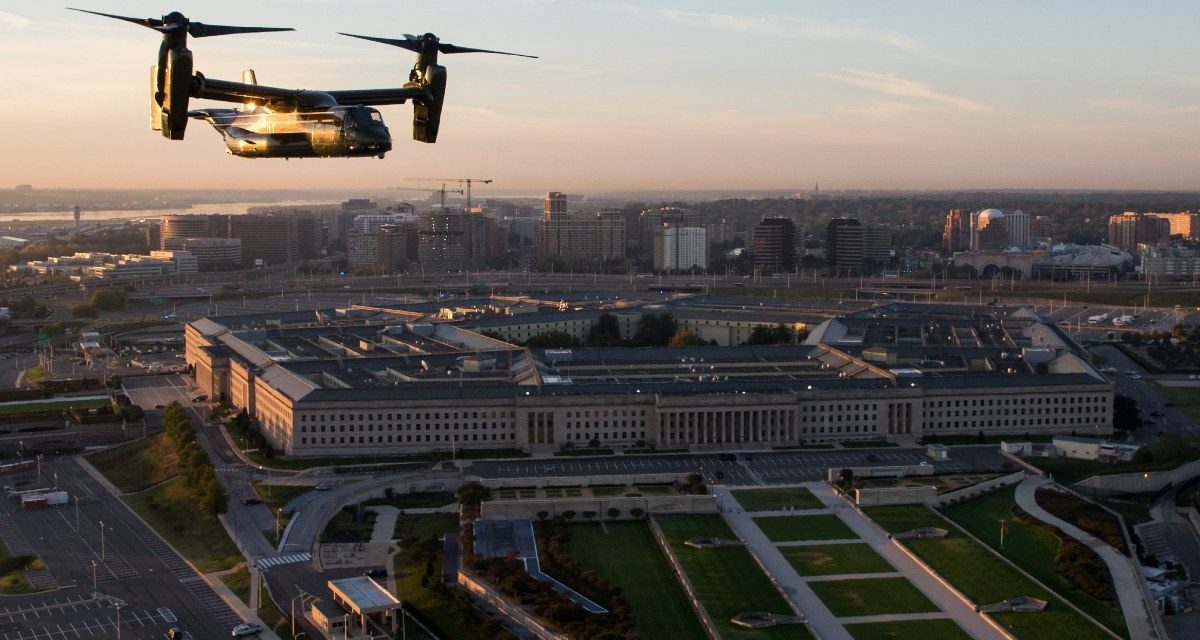 Since the Industrial Revolution, efficiency has been a goal of organizations large and small. This is certainly true in the private sector, where efficiency translates into more profit for the same revenue. But it is also an aspiration of DoD leaders, facing flat or declining budgets and demand from combatant commanders that they struggle to meet with existing force structure. Indeed, in recent years DoD leadership has directed reductions in military headquarters activity staff size, the chief of space operations has touted an uncharacteristically lean staff, and McKinsey has promoted an “agile meeting cadence to convene the right people at the right time” to government leaders.

However, the COVID-19 pandemic has laid bare the tensions between efficiency and resilience. Just-in-time supply and manufacturing processes proved fragile when companies and borders closed. Hospitals operating on the thinnest margins had few extra beds and even fewer stocks of excess personal protective equipment, straining their ability to care for the influx of critically ill patients. Now, industry seeks resilience—the ability to absorb a disturbance or deal with unexpected threats or crises—by diversifying suppliers, for instance. Indeed, Uri Friedman, writing in the Atlantic, has even gone so far as to propose resilience as an element of national power.

Just as industry—if not the United States itself—is waking up to the risks of being too lean, the Pentagon must recognize that its pursuit of smaller staffs and agile battle rhythms puts it similarly at risk of institutional fragility. To be clear, efficiency goals are important for an organization that is notoriously bloated and full of meetings with marginal utility. But efficiency goals are met with structures and practices that limit a broad and diverse knowledge base, availability of personnel resources, and informal relationships and connections—all of which have been identified by researchers as factors tied to an organization’s ability to anticipate and cope with disturbances, threats, and shocks.

There are a lot of meetings and briefings at the Pentagon. Many of these are informational, meaning no decisions are made or required consensus reached. They’re just there to support shared situational awareness and understanding, much to the chagrin of many of the participants. I’ve even heard it suggested that the reasons staffs need to be so big is that there are just so many meetings to attend. Adopting an “agile meeting cadence” would mean fewer, more targeted meetings and probably smaller staffs. But it also reduces the aperture of leaders and staffs to only what they need to know to make the decisions they are responsible for. That creates risk in the institution’s ability to sense and connect weak signals coming from disparate stovepipes and thus to anticipate shocks. It also reduces the availability and diversity of ideas for ways to cope once a shock manifests.

Lowering meeting volume and narrowing participation also means leaders and action officers alike will have fewer “weak ties,” and interact with them less often. Despite its size, it’s hard not to run into someone you know when walking the halls of the Pentagon from one meeting to the next. Those incidental run-ins foster information exchange with those on the periphery of your social network—those who are likely to hold unique information and different views from the “strong ties” in your immediate network. The same holds true for larger, more inclusive meetings that support informal communication particularly among the plus-ones and others sitting against the walls (rather than at the table). So here, too, meeting efficiency comes at the cost of diversified knowledge and informal connections to support anticipation and coping.

Finally, resilient coping requires some slack in resources, including personnel. If all staff are occupied with existing tasks, they have no capacity to attend to emergent tasking. While fewer meetings could free up staff capacity, if may also be accompanied by a reduction in staff to avoid idle personnel resources.

Is a lean, efficient, and purpose-driven Pentagon destined to be fragile? Not necessarily. I think there are a choices that can effectively balance efficiency and resilience.

The Pentagon’s capacity to cope with shocks can be increased through structure, process, and staffing choices. I have advised DoD leaders seeking organizational redesigns to create mission-agnostic structures with adaptable teams and processes, based on real-world operational experiences and practices. For instance, an organization whose structure is equally useful in steady-state and crisis operations can pivot much more easily than one whose structure is optimized for times of relative stability. This is a lesson US Southern Command lived when it was forced to reorganize in the midst of its response to the 2010 earthquake in Haiti. Similarly, designating a set of “boards, bureaus, cells, centers, and working groups” (or, B2C2WG in military parlance) can help bring together critical expertise at the point (and speed) of need. This is common practice in joint task force headquarters and Navy maritime operations centers and it allows meetings to stand up and down based on operational needs rather than existing on a calendar forever, with no mechanism for sundowning them once obsolete.

Finally, Pentagon organizations and other headquarters staffs could take a page from the Harvard Business School’s Project on Managing the Future of Work and consider contracting with on-demand skilled workers. This is clearly a challenging suggestion to implement with existing contract and personnel policies and practices. But finding a way to tap into talent on a temporary, on-demand basis opens up opportunities for much smaller core staff and much more flexible skill sets to be brought to bear when surprises or shocks appear.

Let’s not risk relearning the lessons that the private sector learned painfully this year in an arena where national security is at stake. Rather, DoD leaders should emphasize efficiency through a lens of resilience, and may find that they can achieve both.

Margaux Hoar directs a research program on organizational design and command and control at CNA. She has advised numerous DoD headquarters organizations undergoing redesign and led CNA’s design of a Department of the Space Force.

The views expressed are those of the author and do not reflect the official position of the United States Military Academy, Department of the Army, or Department of Defense, or of CNA or its sponsors.