The Changing Face of Insurgency 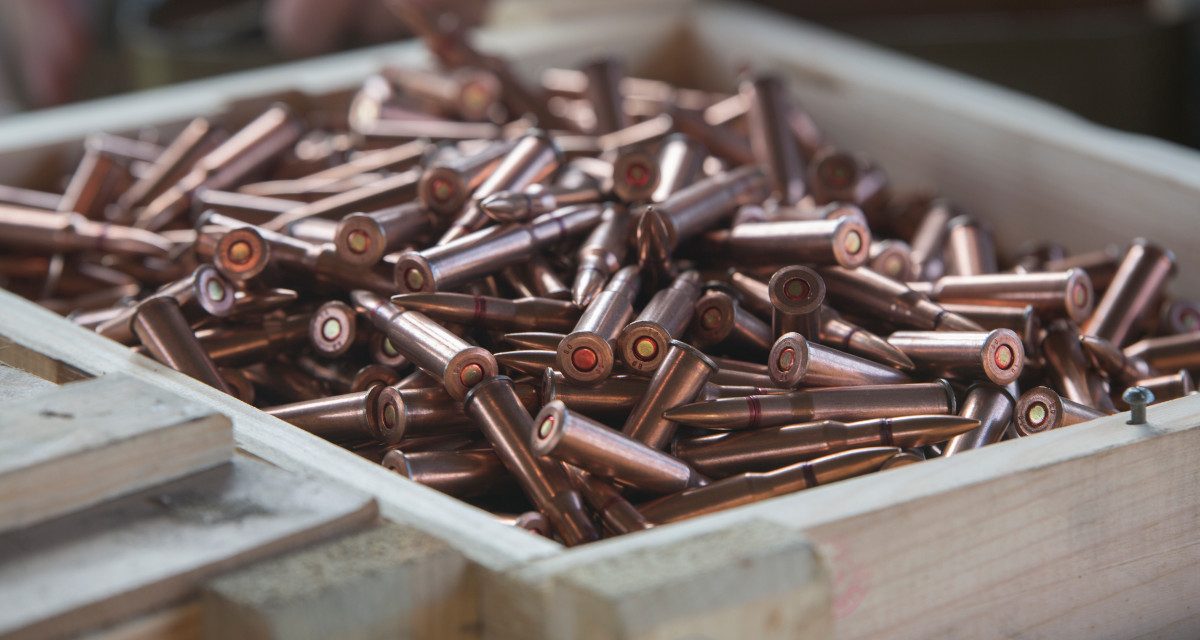 David Ucko, The Insurgent’s Dilemma: A Struggle to Prevail (Hurst, 2022)

When imagining counterinsurgency, I think about flying a helicopter full of US Navy SEALs and their Iraqi commando counterparts in the middle of the night to raid a target near Ramadi. The memory of conducting tactical air reconnaissance over an objective near Kabul with a mix of US and Afghan crewmembers also comes to mind. Others who have served in uniform likely have similar memories of their experiences with counterinsurgency.

But David Ucko wants me to stop. Ucko, a professor at the College of International Security Affairs, the Department of Defense’s irregular warfare college, claims insurgency is changing. And in response, the United States’ militaristic approach to counterinsurgency must change, too, Ucko warns in his latest book, The Insurgent’s Dilemma: A Struggle to Prevail. Analyzing the major trends affecting insurgencies and how they might adapt in the future, Ucko urges policymakers “to move the discussion beyond the military institutions which have dominated the conversation” and on to a whole-of-government approach.

A tiny body of scholarly works—such as Seth Jones’s excellent book Waging Insurgent Warfare—study irregular warfare from the insurgent’s perspective. These works, which correlate different characteristics of insurgencies with outcomes, are useful but rearward looking. The Insurgent’s Dilemma also looks at the generalized form of insurgencies but offers something different. As a speculative work about how insurgents are adapting in response to current trends, The Insurgent’s Dilemma, if true, provides irregular warfare practitioners and policymakers the rare opportunity to catch a fundamental change in the security environment early and formulate thoughtful policy responses.

The Waning Appeal of Military Confrontation

According to Ucko, direct military confrontation with a state is becoming less attractive to would-be insurgents due to three significant changes in the post–Cold War international security environment.

First, urbanization is accelerating, making it easier for states to control their populations, including insurgents. After 9/11, states strengthened their internal security tools while citizens granted their governments broader legal authorities to combat terrorism at home and abroad. Second, much of the international community looked the other way during the post–World War II anticolonial movements, but today, states are far less tolerant of regional instability created by violent insurgencies. Finally, and most importantly, while regional powers continue to meddle in their neighbors’ affairs by sponsoring insurgents, superpowers are less likely to offer military support.

Together, Ucko explains, these trends make an insurgent group’s odds of success far less favorable in a direct military confrontation than in the Cold War era. The insurgent’s dilemma is the decision to either threaten the state militarily, thereby risking the decimation of the group, or to keep its activities at a low but ineffective level. Although insurgents are increasingly cut off from traditional strategies of direct military confrontation, among maligned populations worldwide there is no shortage of grievances with their states. Thus, the time is ripe for innovation.

While Ucko does a masterful job exploring the first two trends, the argument for the third is thin. He posits that declining rates of state-sponsored insurgencies in the first two decades of the twenty-first century indicate a structural change in the international security environment. However, The Insurgent’s Dilemma ignores the intensified security contest between the United States, Russia, and China. As these superpowers attempt to avoid clashing directly while managing nuclear escalation, supporting insurgencies may become even more attractive in the future, not less. Regardless, not every insurgent group will have a powerful state underwriting it, and the opportunity is still ripe for insurgents to adapt along the lines Ucko describes.

In studying examples of post–Cold War insurgencies, some successful and others not, Ucko identifies three strategies with the potential to resolve the insurgent’s dilemma: localized, infiltrative, and ideational insurgencies. Violence plays an essential role in all three strategies. However, the modern insurgent’s path to victory no longer solely depends upon violently wresting power from the state, Ucko finds.

The first strategy is a localized insurgency in which insurgents carve out a geographic section of the country to control instead of trying to govern the entire state. In many cases, rural, inaccessible regions and marginalized urban sectors are ripe for insurgent takeover, and these areas of neglect create conditions for accommodation between the insurgents and the government. Familiar versions of this type of insurgency that Ucko cites include the Fuerzas Armadas Revolucionarias de Colombia in Colombia, which, at times, governed vast sections of the country’s Amazonian jungle with impunity, and the Jaysh al-Mahdi militia in Baghdad, which controlled large areas of the city.

This type of insurgency is particularly pernicious, according to Ucko, because it often appears to provide a long-term equilibrium or even a symbiotic relationship between localized insurgent groups and the state. As a parastate, insurgents govern parts of the country abandoned by the national government, which focuses on the concerns of the elite. While this may sound like a win-win scenario, this tacit cooperation is inherently unstable, Ucko argues. The insurgents are always free to renegotiate—violently—to further weaken the fragile state’s institutions and to attract criminal and extremist outsiders.

The international community often mislabels a country that governs itself without national sovereignty over its territory as a failed or failing state. This misdiagnosis is the result of a blind spot in our thinking about political science, Ucko argues, which holds up strong, centralized, and comprehensive governments—think Canada or Japan—as the norm instead of as historical exceptions. The concept of the idealized state distorts our counterinsurgency strategies and leads policymakers to prioritize a military response. Instead, Ucko asserts, pragmatic thinking about how to lash the periphery and the center closer together will yield more useful efforts. By building on existing informal institutions—economic, governance, and judicial, for example—increased security and stability are more likely to follow. This process may lead to a stable mix of centralized and decentralized decision-making power: what Ucko calls a mediated state.

Countries with open political systems are vulnerable to a second strategy, the infiltrative insurgency. Instead of overthrowing the state in a violent contest, this type of insurgent subverts the government by accessing legal avenues to power and then turning political institutions against the state, Ucko finds. His examples, the Irish Republican Army in Northern Ireland and the Movimiento al Socialismo party in Bolivia, show that democratic states with deep social schisms are the most susceptible to the infiltrative insurgent. While the infiltrative insurgent enters politics openly as a political party, it trades in ambiguity to hide its true intention.

The infiltrator has two unseen characteristics that make it dangerous and set it apart from legal competitors. First, while the insurgent group publicly foreswears violence to hide its spots, it uses violence selectively to exacerbate social tensions and intimidate political actors, Ucko writes. Infiltrative insurgents separate their military and political wings, allowing them to use sleight of hand to mask their violent actions and even, duplicitously, condemn those acts. Second, unlike traditional political parties committed to the democratic process, the infiltrative insurgent uses democracy instrumentally. Once elected to power, according to Ucko, insurgents subvert the state’s power to neuter counterbalancing institutions and lock in their power indefinitely.

Dealing with an infiltrative insurgent is an excruciating challenge and requires a delicate hand, Ucko finds. The state must first unmask the insurgent’s true intentions. Then, it must find a way to circumscribe democracy to save it. The state can try to eliminate the insurgent’s political party, make it morally repugnant by refusing to deal with it, or make it illegal. Unfortunately, Ucko warns, these are the same tactics repressive regimes use to stifle dissent and maintain power, so states will find it difficult to suppress democratic expression while maintaining legitimacy in the eyes of the populace.

While the localized and infiltrative insurgencies are well-defined strategies, the third type of insurgency Ucko identifies, the ideational insurgency, has less historical precedent. The ubiquity of internet access and the mass migration of social life to online spaces have created structureless, networked insurgencies. Ucko finds explicit expressions of this new form of nonhierarchical insurgency within white supremacist movements in the United States and the Sunni jihadist Islamic State. Insurgents employing this strategy seize on existing tensions to reshape ideas and perceptions over who and what is to blame. By swaying the population to its interpretations of events and sowing doubt about the state and traditional sources of authority, the ideational insurgent erodes norms, changes culture, and influences policy.

Insurgents embrace the ideational approach in online spaces in direct response to their security dilemma. By becoming ephemeral and leaderless, ideational insurgents deny the state the ability to target individuals leaving only the ideology for it to confront. By sharing information, stories, memes, and other content online that serve the ideology’s narrative but fall short of advocating for or directing violence, the insurgents keep the state at bay. Ideational insurgents employ violence by inspiring random followers to commit acts of terrorism and harassment without explicit direction.

Like their infiltrative cousins, ideational insurgents also put the state in a difficult position as it tries to stamp out the ideologies that undermine it. Ucko suggests states will have to deny ideological insurgents access to the online population. But removing insurgents and their messages from specific online platforms is a challenge in democracies with strong free-speech traditions, he admits.

Because this strategy is so new, the few instances limit The Insurgent’s Dilemma’s ability to define it fully. Unlike the comprehensive treatment of the previous two insurgent strategies, readers will likely find the two chapters on ideational insurgency unsatisfying. So would Ucko, I imagine. The book wrings as much as it can out of its two examples of ideational insurgency and uses political theory to describe the rest of the strategy’s contours. Still, Ucko deserves credit for taking a risk. By warning the irregular warfare community now, instead of waiting twenty or thirty more years to have a definitive answer, there is time to respond.

Relevant to Practitioners and Policymakers

The Insurgent’s Dilemma suffers from two faults: one of omission and one of style. As mentioned previously, the book breezes over the intensified security competition between the world’s three superpowers—a development likely to increase the chances, in my mind, of state sponsorship of insurgencies. The second fault is Ucko’s use of overly complex language. His choices of “polycephalous” instead of multiheaded, “etiology” instead of causes, and “fissiparous” instead of unstable—to take just a few examples—indicate a disconnect with the pragmatic nature of his intended readership.

After finishing the book, I tried to imagine a state response to the strategies Ucko lays out. I no longer heard the screaming of helicopter engines flying to a target for a direct-action raid, and I no longer saw large train-and-equip missions for partner-nation militaries. Instead, when I thought about how well suited the United States and its partners are to respond to these emergent forms of insurgency, there was only silence and darkness. David Ucko rests his case.

Tobias Bernard Switzer is an active duty Air Force foreign area officer, a nonresident fellow with the Irregular Warfare Initiative, and an adjunct senior fellow with the Center for a New American Security. Formerly a special operations helicopter pilot, combat aviation advisor, and Olmsted Scholar, he has deployed to Iraq, Afghanistan, and Central America in various counterinsurgency roles.