The Daughters of Kobani: How a Group of Women Brought the Fight to the Islamic State 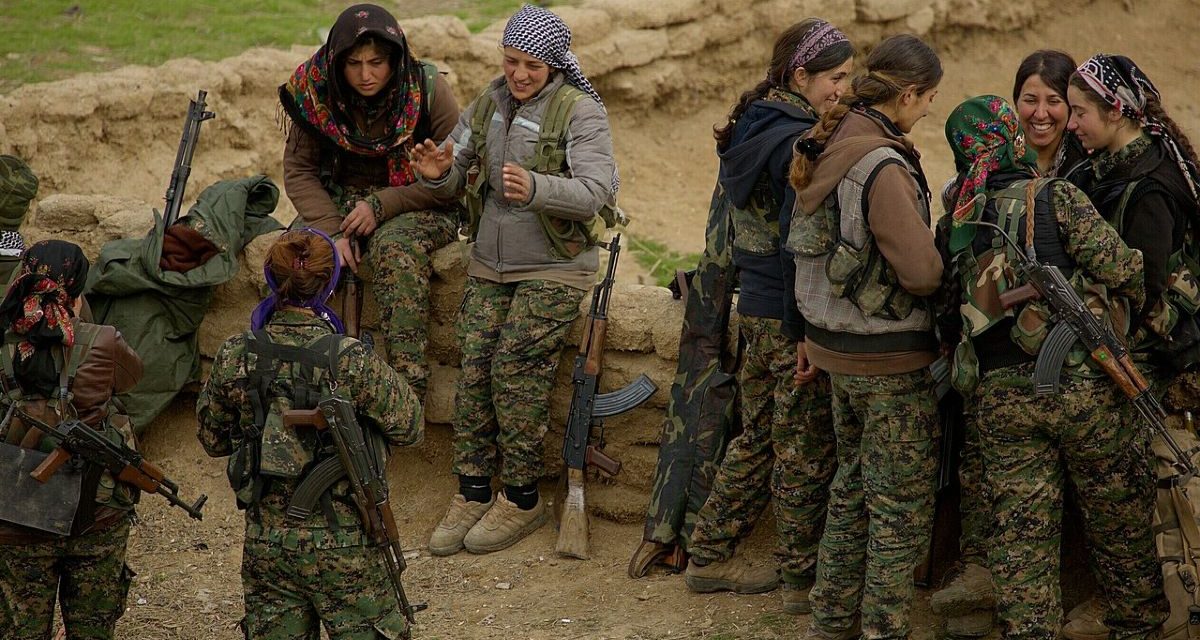 How did the United States leverage local partners in the fight against the Islamic State? What were the unique dynamics of partnering with the Kurdish People’s Protection Units, particularly the Women’s Protection Units? What can this case teach us about warfare, will, and relationships?

Episode 28 of the Irregular Warfare Podcast explores the story of the Kurdish Women’s Protection Units through the lens of the New York Times best-selling book The Daughters of Kobani. Our guests discuss the impetus for US intervention in Syria, the nature of the US relationship with the Syrian Kurds, and the efficacy of an approach that capitalized on US airpower in support of local ground forces. Both of our guests draw upon extensive professional experience in Syria to contextualize the rise and fall of the Islamic State by introducing us to the YPJ, an all female militia integrated into the Kurdish People’s Protection Units, which were integral to contributing to the fall of ISIS.

Gayle Tzemach Lemmon is the award-winning author of several New York Times best sellers, to include The Daughters of Kobani:  A Story of Rebellion, Courage, and Justice, on which this discussion is based. She is an adjunct senior fellow at the Council on Foreign Relations and a frequent speaker, author, and contributor to discussion forums, media outlets, and national security organizations on policy-related to security, women, and technology.

Retired General Joseph Votel served for thirty-nine years in the United States Army, last serving as the commander of US Central Command. He preceded that assignment with service as the commander of US Special Operations Command and Joint Special Operations Command. Gen. Votel is currently president and CEO of Business Executives for National Security and is on the executive board of the Center for Ethics and the Rule of Law at the University of Pennsylvania Law School.