The Harsh Lessons of Anbar: Insurgency, the Awakening, and the rise of ISIS 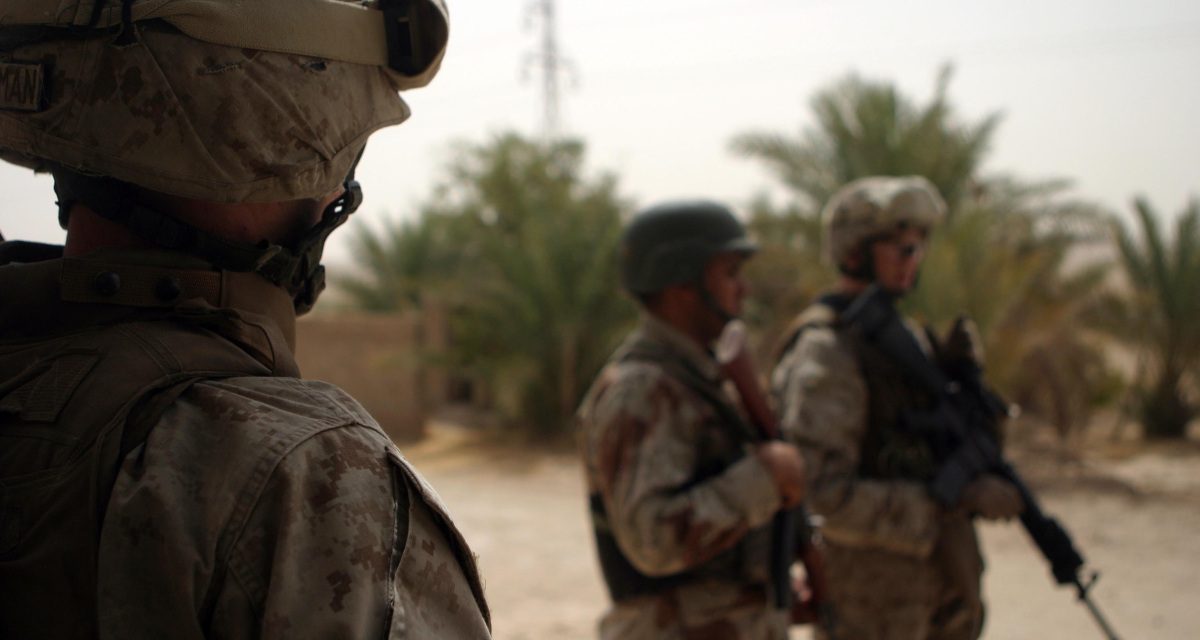 In episode 26 of the Irregular Warfare Podcast, we discuss US counterinsurgency efforts in Anbar province, Iraq from the 2006 surge through the rise of the Islamic State in 2013–2014 with two guests who both experienced the US COIN fight firsthand—one as the operational commander of Marine Corps forces in the province and the other as a civilian advisor to Marine leadership on Anbari culture and tribal dynamics.

Every insurgency has a heartland, an area where terrain, demographics, and history form an inflammable mix, awaiting only the right spark to fulminate. During the war in Iraq, Anbar province was this place. Stretching from the outskirts of Baghdad west to the Syrian border, Anbar is a desolate, hardscrabble expanse of desert interspersed with squat, concrete towns. Its inhabitants, struggling to make a living from the unyielding dirt, are sustained by tribal affiliations older and stronger than the reach of any government and are bound by those same affiliations to ancient mores of honor and vengeance.

In late 2003, Anbar became ground zero for the insurgency in Iraq—the locale for an unlikely coalition of the disaffected: former Ba’athists, Islamists, foreign fighters, tribal warriors, and a pool of impoverished young men looking to vent their humiliation against the United States as a perceived invader. For the next five years the US military—primarily the Marine Corps—struggled to bring security and stability to Anbar province, with varying degrees of success. By 2008, the Anbar Awakening—a loose alliance of tribal sheikhs who shifted allegiance from al-Qaeda to the US military—had brought temporary peace to the province, and an apparent victory for the coalition. However, within three years of US troops’ departing Iraq in 2011, Anbar had fallen under control of the Islamic State, with the compliance of these same tribes; and the Iraqi government, with support from the United States, was again faced with winning it back. It’s a fascinating story of determined resistance and dogged counterinsurgency—and the complex cultural dynamics that can rapidly lend advantage to either side.

Our two guests share the story of Iraq’s most violent province, from the perspective of the commanders and Marines on the ground; of the Iraqis—civilians and soldiers—caught up in the conflict; and of the enemy, al-Qaeda in Iraq followed by the Islamic State. They discuss how the insurgency started, how the US military adapted, how the Awakening brought a lull in the violence, and how these events all led to the rise of the Islamic State. They conclude by explaining why the lessons of Anbar are critically important to policymakers and practitioners today.

General Robert Neller retired in 2019 as the thirty-seventh Commandant of the Marine Corps. In his forty-four years of service, he has had operational command at every rank—to include serving as the deputy commanding general I Marine Expeditionary Force (Forward) in Anbar Province in 2005–2007.

Dr. Carter Malkasian is a historian and a former advisor to US military leadership in Iraq, State Department political officer in Afghanistan, and senior advisor to the chairman of the Joint Chiefs of Staff, General Joseph Dunford. He is author of the book Illusions of Victory: The Anbar Awakening and the Rise of the Islamic State, which serves as a framework for today’s conversation.

The Irregular Warfare Podcast is a collaboration between the Modern War Institute and Princeton University’s Empirical Studies of Conflict Project. You can listen to the full episode below, and you can find it and subscribe on Apple Podcasts, Stitcher, Spotify, TuneIn, or your favorite podcast app. And be sure to follow the podcast on Twitter.