The Kherson Ruse: Ukraine and the Art of Military Deception 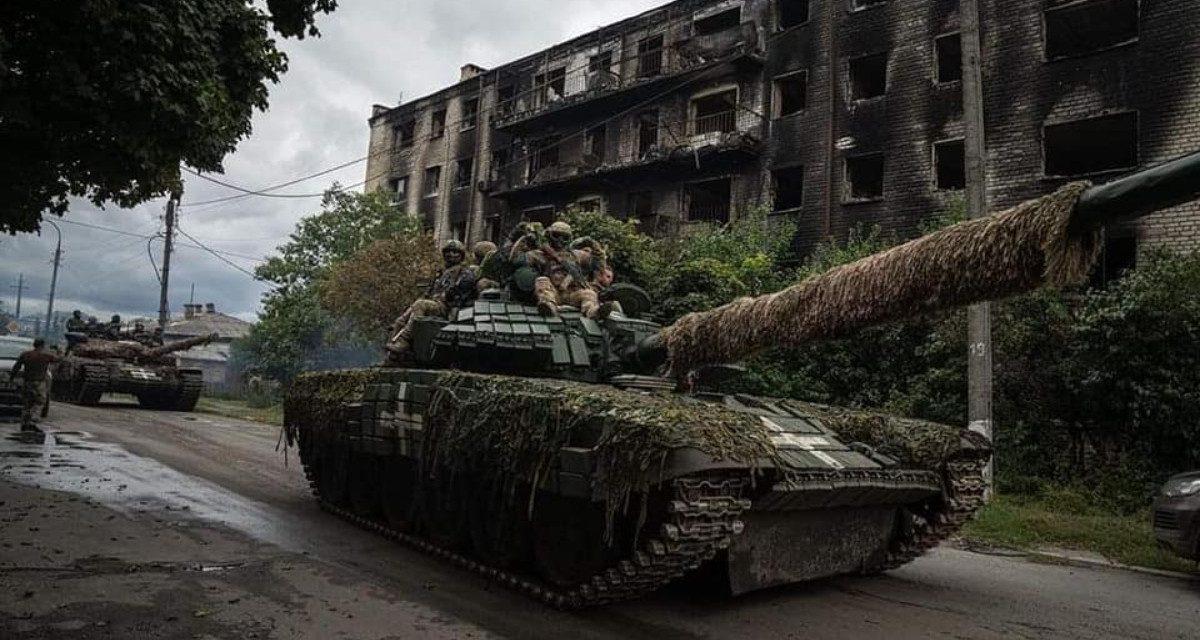 In ancient China, the general Sun Tzu counseled that “all warfare is based on deception.” Could that still be the case millennia later—after an industrial and then a digital revolution have left contemporary battlefields awash with intelligence sensors and digital technology that can offer commanders unprecedented levels of situational awareness? Advancement in thermal imaging can highlight targets concealed to the naked eye, while near constant real-time observation from constellations of satellites and seemingly ubiquitous unmanned vehicles can inhibit maneuver, deliver precision strikes, and provide timely indications and warning. Voluminous twitter threads and uploads of data, metadata, and even curated datasets provide a surprisingly granular understanding of the battlespace, and internet platforms like Google Maps can indicate traffic congestion along main motorways caused by an invasion. This may lead some to consider the fog of war practically dispelled, and, as a consequence, military deception a tool of a bygone, less transparent, and less sensor-laden era. But analyzing recent Ukrainian victories would correct this erroneous point of view. In early September the Ukrainian military accomplished the most major feat of arms in the Russo-Ukrainian war (thus far) with deception at its foundation. Some principles are timeless.

In early September, Ukrainian armed forces launched a surprise counteroffensive in Kharkiv that broke through Russian lines. Local breakthroughs morphed from salient to encirclements. Many Russian troops reportedly fled—on foot, by bicycle, and with some wearing civilian clothes pilfered from raided wardrobes. Abandoned military equipment emblazoned with “Z” quickly came to litter the streets and countryside. On September 10, President Volodymyr Zelenskyy declared that nearly two thousand square kilometers of territory had been retaken. This included the key logistical hub of Izium, dealing the already harassed Russian logistical chain another major blow. As long as the war continues, it is premature to declare any battlefield achievement to be decisive, but for now, Vladimir Putin’s army has been routed in substantial sections of northeast Ukraine.

Catching out a Russian army in the particular way Ukrainian forces did is a bitter taste of Russia’s own medicine—maskirovka, which literally means “disguise,” is codified in Russian (and Ukrainian) military doctrine, and Russian forces have a long history of effective deception operations dating from at least Soviet times. So, how did Ukrainian forces achieve this? They took heed of Sun Tzu’s timeless advice: first, “if his forces are united, separate them”; second, “when we are near, we must make the enemy believe we are far away; when far away, we must make him believe we are near.” They had to appear weak where they were strong. Ukraine’s northern breakthrough came after much noisy talk about a much-anticipated counteroffensive in Kherson in the south, talk that seemed to signal Ukraine’s real target. Some Western media entities bought into the ruse. It was confidently repeated many times that the most likely objective would be Kherson. So convincing was this deception that Russian forces were redeployed from the Kharkiv region to defend against it.

For deception to be effective, schemes need to be plausible to the opposition’s way of thinking, which requires understanding an adversary’s mindset. The Russians have been concerned about their ever-more tenuous hold on Kherson. Following months of grinding attrition, punctuated by the odd spectacular attack like the raids on Russian facilities in Crimea, it made sense for the Ukrainians to make much ado about retaking Kherson as their first large-scale conventional counterattack. That oblast is farther from Russian supply lines and has already been the locus of guerrilla warfare and resistance to the Russian occupation. Kyiv has an economic imperative to liberate Ukraine’s agricultural areas and to regain Ukraine’s access to the Black Sea. The Russians, reading the situation and anticipating the assault, had every reason to transport forces south, away from Kharkiv, to reinforce Kherson—a target that made sense to them. That Ukrainian forces spearheaded their counteroffensive with a small number of tanks was to suggest that the action in Kharkiv was a feint. They then ruthlessly exploited gaps in Russia’s lines, exacerbated of course by the panic that spread across positions occupied by unmotivated Russian troops. This was a textbook example of the value of deception: a ruse denied the opponent the luxury of concentrating manpower and forced hard decisions on already underperforming Russian commanders about where to place their mass.

Like earlier players in the deception game—those who masterminded the great deceptions of World War II and paved the way for the successful D-Day landings in Normandy, or those who cannily pinned Saddam Hussein’s forces in southern Kuwait before deploying the 1st Armored Division on the now famous “left hook” in 1991—Ukraine’s forces will have depended on a combination of careful planning, good intelligence, operational security, brilliant execution, and a good dollop of fortune. The Kharkiv/Kherson operation serves as a reminder that low-tech ruses have a place on the twenty-first-century battlefield. Fake units planning operational maneuvers joined with wooden decoys, inflatable tanks, and fake antiaircraft systems have littered battlefields and drawn enemy fire for over a century. Ukrainian forces’ deployment of such systems would have struck a familiar chord with the key deception planners of World War II—like British Army officer and deception pioneer Dudley Clarke, who as commander of A-Force plied his deceptions to support British forces against the German Wehrmacht in North Africa and Europe. Similar to Operation Bodyguard’s positioning General George S. Patton on Pas de Calais to draw Wehrmacht forces away from the true location of the Allied invasion of mainland Europe, Ukraine positioned its forces toward the south, along the most likely path to Kherson. The Ukrainians furthered the deception when they took a page out of Gulf War US General Norman Schwarzkopf’s playbook by broadcasting their plans to any media entity that would listen.

If deception is a key ingredient in martial success, then intelligence is a prerequisite for deception. Intelligence provides insight into the mind of the enemy and helps craft the right deception aimed at the right target to support the broader military effort. Just as Royal Navy intelligence officer Ewen Montagu and his colleagues in wartime London exploited Hitler’s fear of an Allied attack on Greece in 1943 with Operation Mincemeat, Kyiv needed to give Moscow something to focus on, to worry about—something that made sense to Russian commanders, who themselves are susceptible to deception operations owing to the Russian military’s rigidly hierarchical top-down force structure. In this case, the Kherson front was dangled as the intended target and Russian commanders took the bait—and questioning one’s commander isn’t conducive to a long career in the Russian military. With intelligence help from the United States and others, Ukrainian forces could identify the locations and movement of Russian units, identify where Russian forces were being reinforced and where they were thinning, with intelligence again providing feedback to assess the effects of the deception. That the deception was well integrated into a broader battle plan allowed motivated and newly well-equipped Ukrainian forces to exploit vulnerabilities with maximal impact when the conditions were right.

A successful deception operation doesn’t itself win wars, but the Kharkiv offensive serves as a salutary reminder that, alongside Western arms and sturdy Ukrainian morale, classic deception based on solid intelligence is proving a significant asset to Ukraine. Nor is this the only example of effective Ukrainian deception in the war. Since the invasion began, Ukrainian forces have employed dummies and inflatables to attract and deplete Russian weapon stocks. Some of the most valuable weapons systems provided by the United States, notably the HIMARS, which are wreaking havoc on Russian supply lines and arms dumps, have their own bodyguard of lies in the form of wooden decoys temping the Russians to waste their limited remaining supply of precision-guided munitions to take them out. But the Kharkiv/Kherson deception is especially instructive. Deploying an audacious deception, and keeping it a secret, is a testament to developing Ukrainian martial capability. Being on the receiving end will sting Russian intelligence officers, not to mention further demoralizing the rank and file. Falling victim to deception induces doubt and paranoia (which Russian forces already do not lack). Ukraine and its allies will hope to both capitalize on this breakthrough and take valuable lessons for future operations. They have clearly applied ancient wisdom: “Let your plans be dark and impenetrable as night, and when you move, fall like a thunderbolt.” Sun Tzu would esteem the Kharkiv offensive’s planners as talented practitioners of the art of war.

Huw Dylan is a reader in intelligence and international security in the Department of War Studies, King’s College London, and associated researcher at the Centre for Intelligence Studies, Norwegian Intelligence School.

David V. Gioe is a British Academy global professor in the Department of War Studies, King’s College London, and history fellow for the US Army Cyber Institute at West Point, where he is also associate professor of History. He is a former CIA officer and Navy veteran.

Major Joe Littell is a US Army psychological operations officer and research scientist at the Army Cyber Institute at the United States Military Academy.

The views expressed are those of the authors and do not reflect the official position of the United States Military Academy, Department of the Army, or Department of Defense, or that of any organization the authors are affiliated with.