The Law of (Future) Armed Conflict: LOAC, Technology, and the Changing Character of Warfare 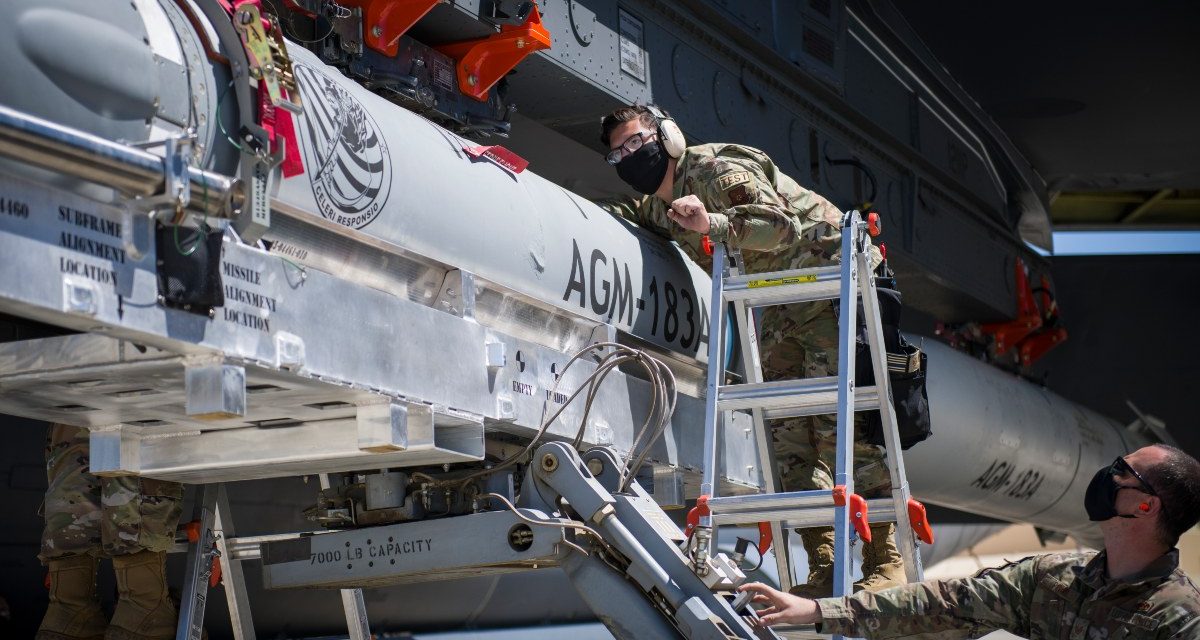 Can the law of armed conflict—a sometimes nebulous body of international law developed incrementally over centuries through both custom and treaty—keep up with the unprecedented pace of development in military technology and weaponry? Reports that may seem like science fiction detailing technological breakthroughs are all around us. Global powers are infiltrating the civilian electrical power grids and other critical infrastructure of potential adversaries, perhaps in part to prepare opportunities to deploy cyber weapons in a future armed conflict. Artificial intelligence algorithms designed to engage in air warfare have begun competing with, and perhaps one day will surpass, human military pilots. Weapons that have existed for decades are rapidly developing more effective capabilities, for example, missiles that travel far faster than sound and thus perhaps require defense systems that detect and respond more quickly than humans.

For the law of armed conflict, or LOAC, to remain operationally relevant and effective in its purpose, military leaders must be thoughtful about how the law will apply to these new weapons and capabilities. For example, consider the context of a missile defense system designed to use AI to detect and respond to hypersonic missile attacks. Many potential legal issues arise in this example. To examine just one, the use of such a system must comply with the LOAC’s foundational principle of distinction, which requires the parties to an armed conflict to “distinguish between the civilian population and combatants and between civilian objects and military objectives and accordingly [may] direct their operations only against military objectives.” Implicit in this obligation is the prohibition against indiscriminate attacks, which includes, among other things, attacks that are incapable of being directed at a specific military objective.

Thus, in deploying a missile defense system that uses artificial intelligence, military leaders must evaluate the accuracy and reliability of the technology. For example, the LOAC requires that the AI be capable of distinguishing between an incoming missile and civilian objects, such as commercial aircraft. Furthermore, the AI must consistently and reliably demonstrate such capabilities. Important questions arise in this context about human oversight of the development and deployment of such a system. Would it be enough that the AI demonstrated reliable compliance with the principle of distinction during development, or must humans remain involved in monitoring the system after deployment? If the latter, what level of human involvement would be legally required? For example, would the deployment of such a system comply with the principle of distinction if the only human involvement occurred during post-strike assessments? Or, alternatively, does the law require that a human be “in the loop” throughout the detection and response phases of the system’s defense measures?

It is essential to note that similar questions arise when evaluating such a system from the perspective of military operational effectiveness. Military leaders will decline to adopt and deploy technologies and capabilities that do not respond accurately and reliably during combat. Aside from the obvious and tragic potential humanitarian consequences of such a decision, operational effectiveness demands that weapons and tools reliably contribute effectively to achieving military objectives. For these reasons, the legal analysis of the deployment of weapons and military capabilities must be conceptually nested within the larger context of military operational decision-making.

The urgency of these and other questions about the LOAC and the future of armed conflict are the motivating force behind the Lieber Institute for Law and Land Warfare. Based in the West Point Department of Law, the Lieber Institute seeks to bring together world-class scholars, academics, and legal practitioners to examine the role of the LOAC on the modern battlefield. Its mission is to foster a deeper understanding of the complex and evolving relationship between law and warfare, through global academic engagement and advanced interdisciplinary research, in order to educate and empower current and future combat leaders.

Through collaboration, education, and research, the Lieber Institute examines the role of the LOAC in emerging conflicts around the world and seeks to ensure the law’s relevance in contemporary warfare. The Lieber Institute has several exciting initiatives.

In August 2020 the Lieber Institute launched Articles of War, a curated digital publication that features expert analysis on the LOAC and related issues. We publish different perspectives—military, academic, policy, humanitarian, and more. Articles in the publication highlight new developments in law, analyze emerging legal issues, place current events in a legal context, and emphasize military operational perspectives on the LOAC.

In addition to an article by co-editors-in-chief Col. Shane Reeves and Professor Sean Watts introducing Articles of War, the publication launched with articles discussing

Newly published articles may be found at the Articles of War homepage. You can also receive Articles of War posts automatically by signing up for our mailing list or by connecting on Twitter.

Thus far, the Lieber Studies includes four volumes. Be on the lookout for volume five in the coming months.

Robert Lawless is an assistant professor in the Department of Law at West Point and the Managing Director of the Lieber Institute for Law and Land Warfare. He previously served on active duty in the US Army JAG Corps and continues to serve in the Army Reserve JAG Corps.

Image: An AGM-183A Air-launched Rapid Response Weapon, a hypersonic weapon prototype, is loaded under the wing of a B-52H Stratofortress (Credit: Giancarlo Casem, US Air Force)