The Lessons Ian Fishback Taught Us 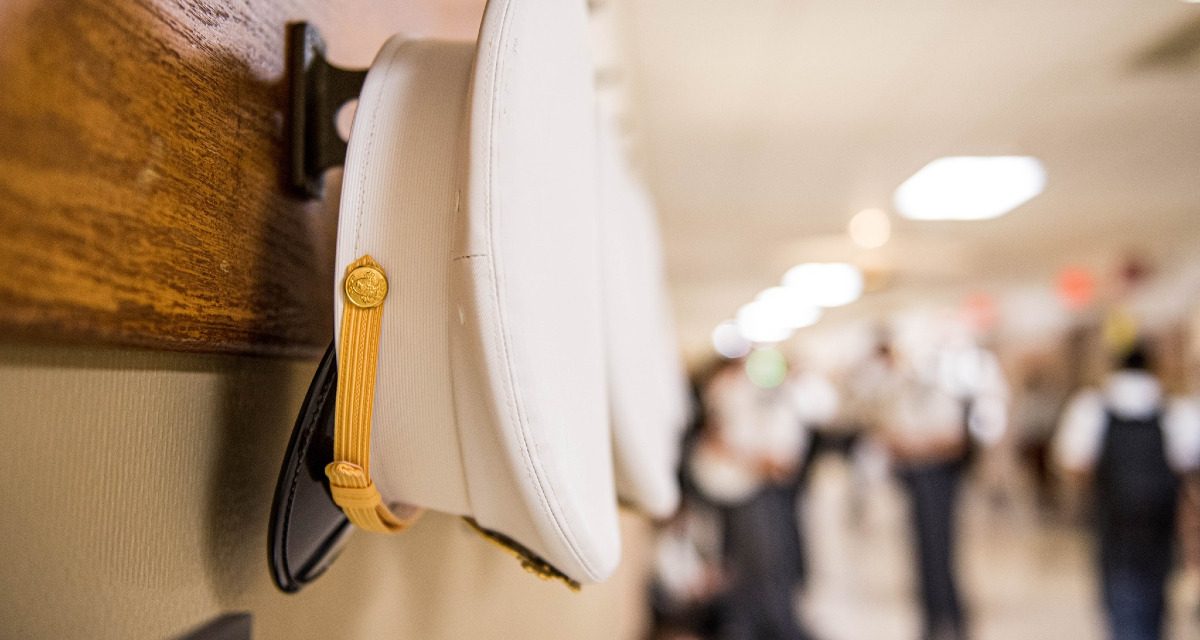 I first met Ian Fishback when I walked into his classroom. It was the start of my second semester at West Point. Like many harried, drowsy plebes, my academic experience had at that point consisted of jogging to classes, then nodding through them. Fishback’s course was a required introduction to philosophy, and he one of several rotating military faculty teaching its many sections. The course catalog suggested it would be another sleepy three credit hours in a schedule of nineteen. But Ian Fishback jolted us awake.

As did the news of his death last Friday. Jolted because he was still young, because I knew not of his decline, and because Ian Fishback was a remarkable teacher. His lessons were that meaningful philosophical inquiry separated an officer from a mere killer, that such inquiry was within the ability of every cadet, and that because cadets were able, they had to ask by what right and with what consequence might they one day kill.

Fishback taught these lessons with the force of a deep thinker who had gone to war and returned a witness to the gravity of our studies. He had little patience for the idea, which sometimes wandered into his classroom, that philosophy was a humanist whimsy superfluous to a soldier’s education. He illustrated as much not with imaginary trolleys and imaginary people on their tracks but with improvised explosive devices, the platoons that awaited us, and the noncombatants between the two.

His belief in the importance of what he taught was evident in the passion with which he taught it. Since his passing I’ve spoken with several of his former students and we unanimously recall that his intensity made for a distinct classroom experience: you were either taking philosophy, or philosophy as taught by Ian Fishback. Some remember his regularly ejecting from class those who did not do the assigned reading. Others recall his unflinching challenges to the simple narratives most young cadets hold dear and reflexively repeat in classroom discussion. We all recall that he cared unendingly about the material and the charge of an officer.

His required philosophy lessons were as often the gateway as they were the limit of a cadet’s study under him. For those interested he devised summer seminars on just war theory, taught courses on humanitarian intervention, and hosted talks on Rwanda, drone warfare, his work with Iraqi special operations forces, the International Committee of the Red Cross, honor killings, and more. He undertook every effort to deliver for cadets a complete ethical education in an already bursting West Point curriculum.

The intensity with which Ian Fishback studied morality in war, though, did not make him inaccessible to his students. He was a hit. He had a gift for inviting cadets to join him in considering the philosophy of the profession of arms. His technique was to pose a single question and then allow discussions to unfold among a growing number of participants, speaking himself only to encourage. These questions were as provocative as they were artful, especially in his distinct drawl: “Private Jeffrey Dahmer reports to your platoon. Is that a problem?”

When his cadets did engage with his instruction, as so many did, he worked hard to convince them their ideas were worthwhile. He taught them how to develop those ideas into theses, then papers, then presentations at conferences—to which he would happily chauffeur them across the northeast in twelve-passenger vans. Once, on two hours’ notice, he pleaded the case to my leadership that he take me on a train to New York City so I could hear Romeo Dallaire speak at the Carnegie Council. An expression of passing interest was all he had needed. After the event in the city, when he dropped me off at my barracks shortly before midnight, he was still prodding me on the relationship between the Libyan intervention and the Thirty Years’ War.

Fishback did not do any of this to convince us of our own brilliance. His relentless exposition of ethical nuance humbled all his cadets. He encouraged us because we had to first believe in our capacity for inquiry in order to inquire. That was his true end. When we did inquire, he ensured it was disciplined and without ego. He was a serious academic, and did not spare his students the rigors of academia.

There was no ego in his classroom, and that started with him. Though many know his name for his letter to Senator John McCain standing up against detainee abuse in 2006, he did not often discuss it and the story barely figured into our view of him. It was a biographical detail rather than his defining quality. To his cadets he was instead a keen, listening, wise officer who had seen much and wanted to know what we thought about the reading.

His selflessness extended to his time. He made himself available always to meet cadets outside the class if it meant another conversation about what a soldier does and whether it is right. When I heard of his death, I dug out some old notebooks from my cadet years. On the top of a page therein I had written two questions to pose during an office hours visit. The first questions asked for the story of that now famous letter to McCain. The second question was whether he thought my course paper had the potential for presentation at an undergraduate conference.

My follow-on notes from the visit show that he answered nothing of the first question, but gave me pages of thoughtful, substantial feedback on the second. His feedback included the direction that I remove the phrase “Hegelian determinism” from my draft’s third paragraph, because I was misusing it and it was not “commonly understood.” That was merciful of him. The story strikes me as emblematic. He wanted his students less concerned with sounding smart than with thinking hard, and would rather talk about ideas than himself.

Not that his own self didn’t matter. It is clear, now that he is gone, that it did. And even as cadets we knew that we were seeing only one side of a complicated man. I recall a peripheral but deep sadness to him, and other cadets of his with whom I’ve spoken recall the same. He became less responsive to students’ outreach years ago. Nonetheless his recently expressed pessimism about the American political project and his death come as a jolt.

We of course wish for the chance to go back and say that we were lucky as cadets to study under him. That were it not for him standing at the front of our introductory philosophy class, we would all be worse off, less thoughtful in the execution of our duties. It is impossible to know whether doing so would have mattered. It is impossible to know whether telling him how profoundly good his influence was on his cadets would have made any difference.

What is certain is this. A young Ian Fishback, in his letter to Senator McCain, wrote that officers and soldiers must uphold the ideals of our Declaration of Independence and Constitution. He wrote that he “would rather die fighting than give up even the smallest part of the idea that is ‘America.’” For the education of the officers commissioned to do violence on its behalf, our constitutional republic could do no better than the lessons Ian Fishback taught.

Theo Lipsky is an active duty US Army captain currently stationed at Joint Base Lewis-McChord. He holds a BS from the United States Military Academy.