The Militant Drone Threat Is No Longer New. Why Does It Still Feel Novel? 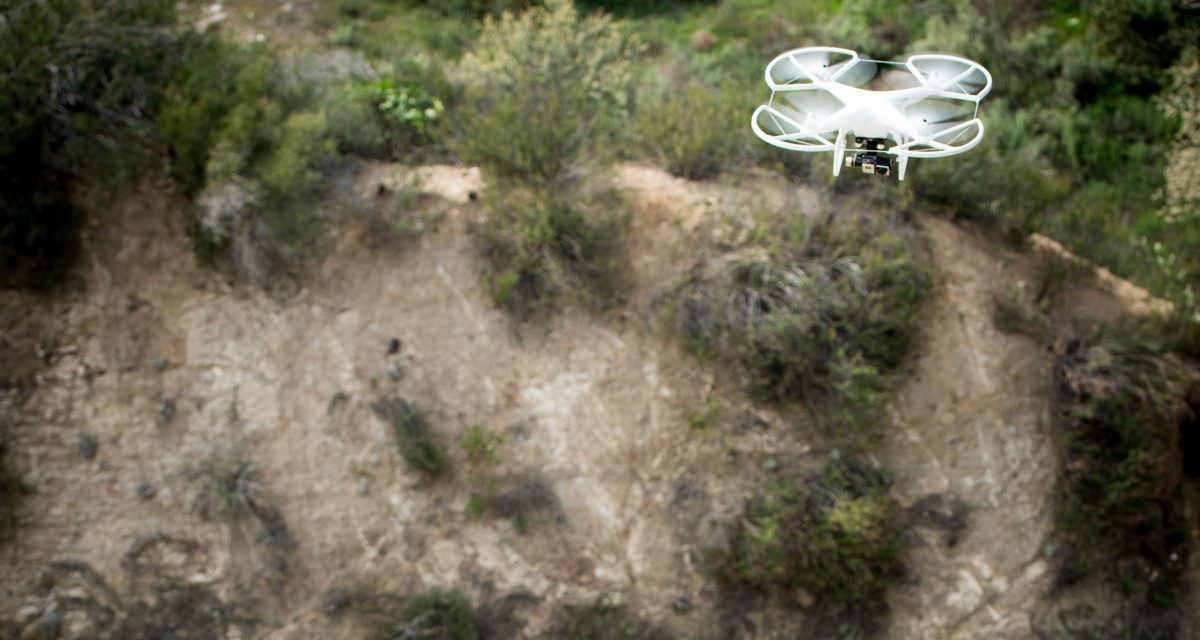 In a now ubiquitous quote, as he spoke of the challenges faced by US and coalition forces in 2016, Gen. Raymond A. Thomas, commander of US Special Operations Command, stated that the “most daunting problem was an adaptive enemy who, for a time, enjoyed tactical superiority in the airspace under our conventional air superiority in the form of commercially available drones and [field]-expedient weapons systems.” In 2021, the military’s assessment carried the same tone. Just last year, US Gen. Kenneth McKenzie referred to the proliferation of small drones as the “most concerning tactical development” within US Central Command’s area of responsibility.

At this point, the militant drone threat is not “new” so much as it is persistent. Yet the threat still feels novel. This dissonance is partly due to the slow rate of progress made toward developing an effective and sustainable counterdrone infrastructure. Put another way, the threat feels new because it is unresolved.

There have been some promising advancements, to be sure. This year has already offered some hope that the innovation-response gap may be closing—and certainly not for militants’ lack of trying to stay ahead. The first week of the new year saw at least three drone attacks in Iraq. On January 4, for example, local militants aligned with Iran used small fixed-wing systems to attack the Iraqi Ain al-Asad airbase, which hosts US forces. Online footage of the attack seems to show one drone being destroyed by what appears to be a missile. Soon after, the video shows a Counter–Rocket, Artillery, and Mortar system—known as a C-RAM—bringing down the second. Reportedly, none of these attacks resulted in casualties and all were intercepted.

The rate of successful drone interceptions is encouraging, but notable challenges lay ahead in building the infrastructure needed to execute an effective and sustainable counterdrone approach. For US forces, the most pressing problems arise from innovations related to small systems, especially commercial off-the-shelf (COTS) drones. A select number of groups, like the Houthis in Yemen, have access to larger systems capable of traveling hundreds of miles and carrying larger payloads. Most groups, though, use smaller fixed-wing systems or retrofitted commercial quadcopters. In some instances, the Islamic State manufactured its own. While these have more limited flight range, speed, and payload capacity, these systems also pose unique challenges to interception.

Countering a militant drone attack requires the successful execution of a specific task sequence (i.e., “the kill chain”: detect, track, identify, and defeat). Therein lies the rub. The status quo is a Frankenstein’s monster of tactical solutions. There are over five hundred different counterdrone products sold by nearly three hundred different firms. None currently excels at all four tasks.

As recently reported, the Department of Defense is working toward a unified system that can provide early warning, identify a drone’s origin and altitude, and provide options for engagement. Most of the deployed counterdrone systems are based on air defense systems, which are designed to identify and shoot down large and fast-moving objects. Drones, especially makeshift or COTS drones, are typically small, slow, low flying, and able to sustain erratic flight patterns—a tactical mismatch. Given the number of specialized tasks required of the kill chain, the variety of drone types faced by US military forces, and the likelihood of continued innovation by militant actors, a single-system solution is unlikely to be effective and sustainable in the short and intermediate term.

Looking ahead, the following three principles will be important to establishing an effective and sustainable counterdrone approach—including both development and procurement.

In a now-infamous case, in 2017, an unidentified ally of the United States shot down a small quadcopter drone with a $3.4 million Patriot missile. That cost-benefit ratio is unique but illustrates an important point. To be viable and sustainable, a counterdrone approach must be cost effective, rather than exacerbate the asymmetric nature of state-militant conflict.

According to a recent report, among counterdrone products for which pricing information is available, over 60 percent cost more than $100,000. That’s troubling. Most COTS drone systems cost well under $1,000. Any fielded counterdrone components must be relied on to counter numerous drone attacks over a significant period of time. If they become outmoded immediately or soon after arrival, that’s a far less sustainable model.

It’s safe to say that the Islamic State did not spend anywhere near the hundreds of millions that the United States will spend on developing tech to counter small armed drone systems. The current prioritization of counterdrone research and development is necessary. The question of cost effectiveness requires that the systems produced in the research and development process are also accessible enough to not break the bank in the procurement stage.

Solutions Will Require Regular Iterations of Assessment and Adaptation

A system capable of executing all tasks in the counterdrone kill chain remains the objective, but an unfulfilled one. Gen. McKenzie recently reflected that “[the United States does] not yet have a single system that can do all that. . . . And that’s part of the problem. We’re not integrated.” In the case of counterdrone systems, the Pentagon is unlikely to find a silver bullet. Instead, it will likely come to rely on a suite of integrated components. Different kinds of drones are better at handling different elements of the kill chain, making a single system approach elusive at best. Moreover, it is likely that militants will innovate when faced with the next generation of counterdrone tech, making the rigidity of a single-system solution a costly liability.

Put another way, when new counterdrone systems are developed and deployed, militants will almost certainly innovate rather than throw in the towel. They will find new applications or novel ways to work around existing obstacles. In a parallel space, militants’ use of improvised explosive devices in Iraq began as a rudimentary practice but became more sophisticated as opposing forces got better at identifying and intercepting them. This back-and-forth of adaptation prompted groups like the Islamic State to innovate, eventually turning toward vehicle-borne and even suicide, vehicle-borne explosives. We may see similar patterns of malevolent innovation occur within militant drone programs as counterdrone technology becomes more reliable and common.

Most innovations will be small in scale, but carry potential for outsized tactical and strategic effects. For instance, in campaigns in Iraq and Syria, Islamic State fighters reportedly wrapped tape around parts of their drones to avoid detection by masking the radar signature. If kinetic, weapons-based options are used to intercept drones, then militants may switch to using them in more populous areas to discourage government forces from harming civilian bystanders. Radio frequency and radar systems are best at detecting incoming drones when they have a clear line of sight, and the physical complexity of urban spaces offers militants a means of avoiding detection. The possibilities for innovation and avoidance are sufficiently large that it will be wise to avoid placing all eggs in a single basket.

Finally, counterdrone technology is necessary, but it will not be sufficient. Traditional elements of a comprehensive strategy to counter militants will remain essential. This means focused attention on not just the tooth but also the tail of the militant drone problem: disrupting supply chains and logistical support, targeting militants’ sources of revenue, and cutting militant forces off from the territorial safe havens that allow for uninhibited crossborder transfer of material.

In other words, multiple elements of a holistic counterdrone approach will take place well before the drones are in the air, preemptively reducing the number of drones that require detection, tracking, identification, and defeat. Operationally, this means causing logistical and supply-chain disruptions. Practically, in many cases, this will require intergovernmental, interagency, and public-private partnerships.

The drone threat is here to stay, but the innovation-response gap can be narrowed. The Pentagon’s budgetary emphasis on counterdrone research and development (roughly $636 million for fiscal year 2022) and procurement (roughly $75 million) is encouraging in this regard. It not only represents an increased prioritization of the drone threat, but also signals the need for evidence-based, resilient, and reliable tech solutions. Ultimately, the solution to the problem set will depend on containing and mitigating drones’ disruptive capacity in a flexible and cost-effective manner. Developing, procuring, and deploying counterdrone tech based on the three principles highlighted here will be conducive to this end.

Austin C. Doctor is an assistant professor of political science at the University of Nebraska at Omaha and the director of Counterterrorism Research Initiatives at the National Counterterrorism Innovation, Technology, and Education (NCITE) Center, the Department of Homeland Security Center of Excellence for counterterrorism studies. He also serves as a nonresident fellow with the Modern War Institute at West Point.