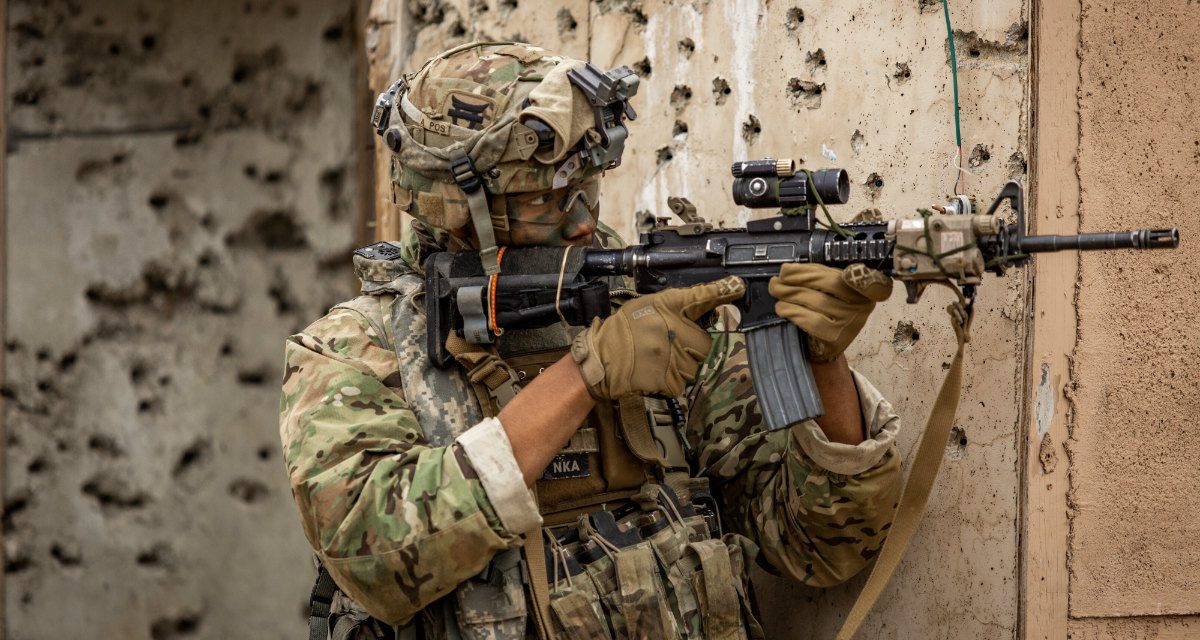 The details of the extraordinarily brave event read like every soldier’s nightmare. A “house of hell” filled with enemy insurgents prepared to die in almost every room. Bellavia and his fellow soldiers were outgunned, overmatched—disadvantaged in every respect. That was the sad state of American military capabilities in 2004. But the reality is that if today’s military was placed in a similar battle, little would be different.

Bellavia’s “house of hell” was just one of the hundreds of similar houses that soldiers and Marines faced during the Second Battle of Fallujah in November of 2004. They actually cleared over 30,000 houses in that city. Each time they were unaware if they were entering a death trap or an empty structure. Enemy forces had cheap but more powerful rifles and rocket-propelled grenades. They had fortified bunkers in concrete houses that most American weapons could not penetrate and the enemy knew it would take suicidal room-clearing assaults and ultimately the destruction of the city to eject them.

Read the full piece at the Military Times.