The MWI Top Ten: Our Most Read Articles of 2022 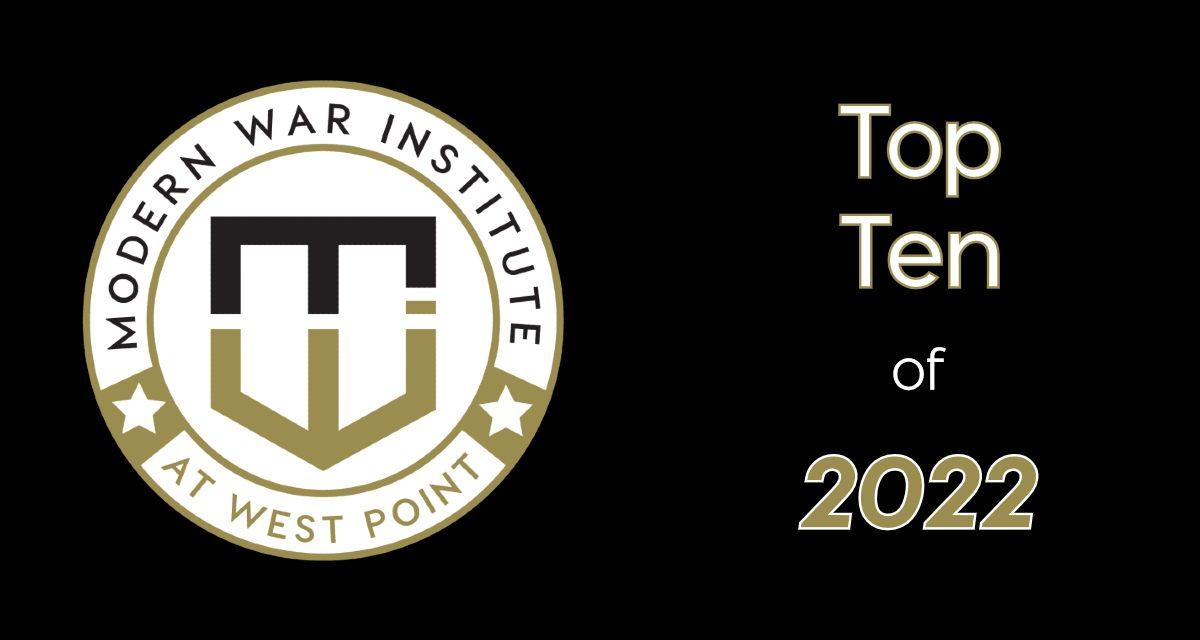 It’s the end of the year, which means we’re once again sharing the most widely read articles published by the Modern War Institute in the past year! In each of the previous editions of this annual, year-end list, the topics that attracted the most attention provide a snapshot of the strategic landscape and the top priorities of the US defense enterprise—along with a handful of issues of enduring interest. The 2022 list is overwhelmingly focused on the issue that has dominated US attention this year: the war in Ukraine.

When Russia launched its invasion in February, we saw an immediate flurry of submissions from practitioners, scholars, and others searching for lessons we could—and should—learn from the invasion and the conduct of the war that it triggered. That important effort continued throughout the year, with our most read article focusing on a series of events that took place in the fall, more than half a year after the war began and long after most observers had initially expected the weight of Russia’s material advantages to overwhelm Russia’s defensive capabilities.

If you missed any of the top ten most popular articles MWI published in 2022, now is a great opportunity to check them out. As always, we’re grateful to all of the readers who sought out these articles and all of the other content we’ve published over the past year!

1. The Kherson Ruse: Ukraine and the Art of Military Deception

October 12, 2022 — In the fall, Ukraine managed to convince Russian military leaders that it was about to attack to recapture Kherson. Then it attacked Kharkiv instead. It was a remarkable and successful case of military deception.

2. Defending the City: An Overview of Defensive Tactics from the Modern History of Urban Warfare

February 14, 2022 — From strongpoints to mouseholes to hit-and-run ambushes, these are the tactics that have repeatedly and successfully been used by defending forces throughout the history of modern urban warfare.

May 12, 2022 — From Ukraine’s Bayraktar TB-2s to Russian loitering munitions, the opening weeks of the war in Ukraine provided important lessons about the use of drones on the modern battlefield.

4. Time is Not on Kyiv’s Side: Training, Weapons, and Attrition in Ukraine

June 27, 2022 — Well into the summer, Ukrainian resolve in the face of Russia’s invasion remained remarkable. But to influence the outcome of the war, it was clear that such determination needed to be paired with the right weapons systems.

5. Would Russia Use a Tactical Nuclear Weapon in Ukraine?

March 16, 2022 — When observers began discussing the prospect of Russia using tactical nuclear weapons in Ukraine, one of the reasons it seemed so unfathomable is because in the West we don’t talk seriously about whether deterrence models actually apply to low-yield weapons.

6. We’re Doing It Wrong: Returning the Study of War to the Center of Professional Military Education

June 3, 2022 — A wide-ranging professional military education curriculum has its merits, but it is a luxury that cannot come at the cost of a deep study of the classics of military history and of historical campaigns.

7. Seven Strategic Lessons from the First Days of the War in Ukraine

February 28, 2022 — Russia’s invasion of Ukraine has lent itself to wide-ranging assessment of the war’s conduct at the tactical level. But even its earliest days also revealed several vital strategic lessons.

8. Don’t Underestimate the Bear—Russia Is One of the World’s Most Effective Modern Counterinsurgents

March 24, 2022 — From Afghanistan to Chechnya to Syria, Russia has demonstrated an approach to counterinsurgency that is highly coercive and often exceptionally destructive. It has also been effective.

April 4, 2022 — Six weeks into the war in Ukraine, this wargame was conducted to explore how it would take shape in the months to come.

10. What Comes Next in Ukraine: Three Scenarios

April 14, 2022 — Weeks after Russia’s invasion, Ukraine’s military had vastly exceeded most observers’ expectations in its war with Russia. Russia’s military, by contrast, had performed poorly. It was time to ask whether that would continue or Russian superior numbers would begin to tell.

The list of top articles only includes those published during 2022. But four others published earlier also amassed enough readers during this year to be included in the list. Collectively, they represent a set of topics that continue to attract meaningful and enduring interest: urban warfare, gender integration in combat units, great power competition, and artificial intelligence.

The Eight Rules of Urban Warfare and Why We Must Work to Change Them, John Spencer (January 12, 2021)

Artificial Intelligence Is the Future of Warfare (Just Not in the Way You Think), Paul Maxwell (April 20, 2020)