The Punishment Paradox: Understanding the Unintended Consequences of Suspending Arctic Cooperation with Russia 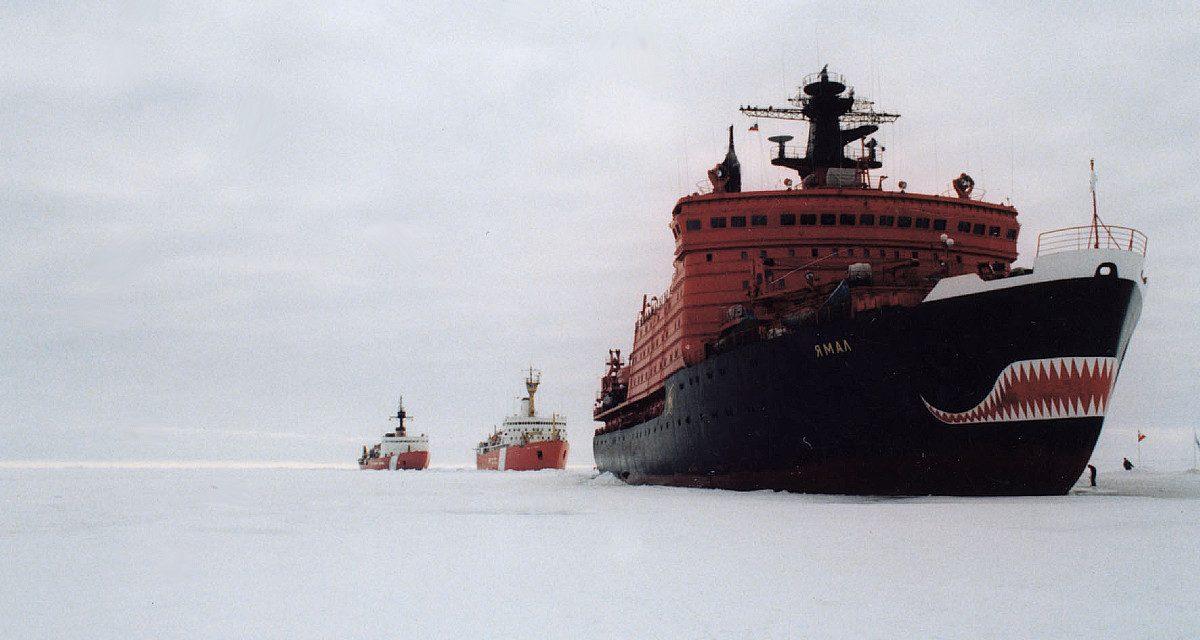 The age of Arctic exceptionalism is gone: the high north region is no longer a protected sphere of Russia-West engagement and dialogue. The decision in March by Arctic Council states to suspend cooperation with Moscow in the Arctic was immediately welcomed but might yet prove to be rather shortsighted. Coupled with enduring capability gaps in which Washington has merely two icebreakers (old girls prone to fires and breakdowns), with Russia’s count in the vicinity of forty, the United States has essentially put its Arctic interests in the crosshairs by suspending dialogue with Russia.

There is a price for isolating Moscow in the Arctic—where geography legitimately assigns Russia more than half of the theater. The ability to maintain control of Washington’s own Arctic frontier is complicated by a litany of second-order effects that stem from the cessation of dialogue with Russia in the Arctic context. Washington should expect new Arctic players, namely China and India, in its polar backyard. The region is set to become a more crowded, and contested, strategic theater.

Make no mistake, Russia is doubling down on ushering in new Arctic stakeholders. Western sanctions on Russian Arctic energy ventures and Arctic shipping developments have allowed Chinese, Indian, and Middle Eastern firms to pick up (at discounted rates) stakes in ventures once belonging to the West, bolstering their geoeconomic footholds in the Russian Arctic. Increased investment often leads to enhanced military footprints by stakeholders keen to protect national (economic) interests: just look to Chinese strategy in Africa. Beijing repeating this strategy in the Russian Arctic is not all together unlikely.

Recently, Chinese and Russian naval vessels were spied off the coast of Alaska near the Bering Strait. China has its own Arctic designs, as codified in its 2018 Arctic Policy. Further, Beijing has considerable relevant capability: an indigenous icebreaker-building industry, two state-of-the-art icebreakers, and a nuclear-powered icebreaker that will soon enter service.

Chinese resource strategy for the Arctic is well documented. Yet recent months have seen clear indications of a booming Russia-India Arctic relationship. India has long signaled its intent to deepen ties with Russia in the Arctic and recently also penned its first Arctic Policy. Then there is the United Arab Emirates, keenly developing a specialized fleet of ice-hardened container ships to take advantage of the Arctic’s Northern Sea Route (NSR). The NSR is set to one day reshape global transportation, cutting transit times between Asia and Europe by up to 40 percent.

Many states are actively working to capitalize on the breakdown in Arctic cooperation between Russia and the West. This is evident in the international governance space—just look to the United Nations Security Council (UNSC). Of the Arctic Council’s thirteen observer states, four are currently serving on the UNSC. China, a permanent UNSC member and Arctic Council observer, abstained from the resolution to denounce Russia, as did India (a nonpermanent member of the UNSC and an Arctic Council observer).

It is in the strategic interest of the West to uphold the integrity of certain Arctic agreements. This, though, requires engagement with Russia. An example, given China’s enhanced capabilities in irregular warfare—particularly its maritime militia—is the ban on commercial fishing in the Central Arctic Ocean. The initial period covered by the ban extends until 2037, during which time Arctic states will need Russian support if China is to be held accountable for any violations. It is a simple reality that no other Arctic state has the same means that Russia has with which to counterbalance Beijing.

There are other agreements, as well, whose enduring success hinges on engagement with Russia. An increase in Arctic tourism—a region with lots of natural danger and little resources to respond to emergencies—makes ensuring an adequate maritime search-and-rescue capability a priority. This is a challenge if over 50 percent of the maritime resources in the region are cut out of the dialogue. Likewise, addressing Arctic environmental and marine catastrophes and facilitating Arctic scientific cooperation requires dialogue between all Arctic states.

This is not an argument against measures taken to punish Russia for its aggression toward Ukraine. This is a case for protecting what is left of the Arctic’s status quo and the atmosphere of low tension that has been the norm for some forty years. But to do this, Arctic states must reengage with Russia in basic dialogue on Arctic affairs and concerns. After all, we cannot deter state behavior in any real manner if there is no dialogue.

Of course, maybe the opportunity has come and gone. The sabotage of the Nord Stream gas pipelines might be the clearest indication yet from Moscow that there is no going back to business as usual with the West. Perhaps Russia has little to no interest in reengaging with the West in the Arctic, either. If this is the case, then ultimately the decision in March to cut cooperation and freeze one of the few remaining avenues for engagement with Russia will deliver only short-term gains for the West. Pushing Russia into Chinese (or Indian) arms will crowd the Arctic in the long term and make it difficult to control. Better the devil you know than the devil with mates in tow. The United States has essentially pulled the pin on engagement and dialogue with Russia in the Arctic and according to its new Arctic Strategy, this position will remain for “the foreseeable future.” But it is important to grasp exactly what the region is now in for. New players, new expectations, and essentially new interpretations of international rules are no doubt set to emerge in the Arctic great game. The question is, of course, if Washington is ready to play.

Dr. Elizabeth Buchanan is head of navy research at the Sea Power Centre – Australia. Dr. Buchanan is codirector of MWI’s Project 6633. Follow her on Twitter: @BuchananLiz.

Image: Russian, US, and Canadian icebreakers travel together near the North Pole in 1994 (credit: Lieutenant Commander Steve Wheeler, US Coast Guard)