The Quest for Modern Military Virtues 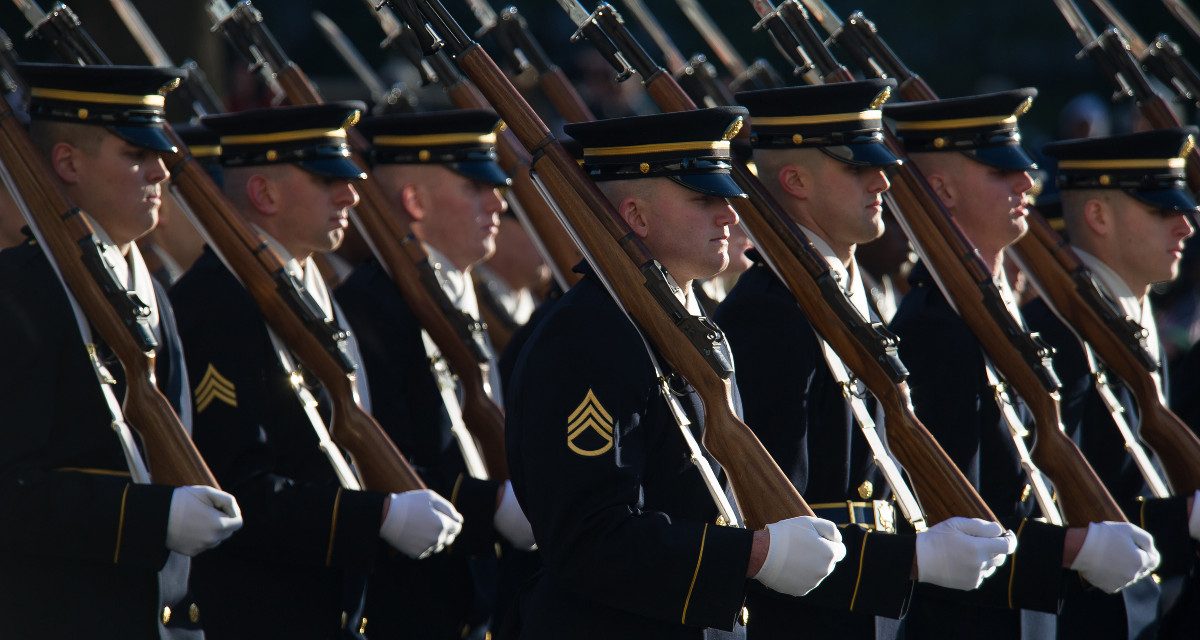 The military is grappling with problems of sexual assault and harassment, racism, and extremism in the ranks. This necessarily involves questions of culture and values, and even of the virtues that have long been inextricably linked to the very idea of military service. Is it time to rethink those virtues?

Since the earliest military academies of the ancient world, warriors have been inducted into a precise way of thinking and acting: to take on the virtues of the military creed, and to embody these qualities when they fought. Some military virtues are still revered as eternal, but they should not be. Instead, the military virtues we seek to inculcate in our soldiers and leaders should evolve with the changing character of war.

Consider three of the most enduring and traditional military virtues: confidence, chivalry, and leadership. Each of them was highly valued in an older age of warfare. But do they remain appropriate today?

Take confidence. There has been a long history of military leaders at all levels being trained to exude self-assurance. It can instill followership and obedience in their own troops and dishearten their enemies. Since confidence is a natural product of success, it is often assumed to make success more likely. Bold and daring military maneuvers require confidence, so developing the attribute may make commanders bolder and more daring in turn.

But the association between confidence and competence is mostly imagined. Psychologists have shown that the most confident people are often the least able—they simply don’t know what they should lack confidence about. Warfare is rife with tales of hubris, when over-confidence leads to doom-laden miscalculation. We should be wary of any modern organization—including the military—that prizes confidence as a virtue in itself, rather than as the crowning culmination borne of other abilities.

Or consider chivalry. The chivalric code evolved around eight hundred years ago as an ethos for mounted knights. Linked to Christian ethics, it encouraged noblemen, among other things, to show respect for each other on the battlefield and to fight with honor.

But chivalry is very outdated. Its purpose on the battlefield is now largely served by modern ethics, rules of engagement, and the laws of war, including the Geneva Conventions and other international agreements. When acting within those rules, the idea of trying to make a fight “fair” is quaint. We should try to make our war as unbalanced as possible, so our fighters have every advantage possible. Chivalry, like sportsmanship, does not belong on the battlefield.

And what about leadership as a virtue in itself—surely the case for military leaders to be trained in leadership is self-evident? Actually, leadership is an ambiguous term. When used as an abstract noun, it can come either with or without the presumption that it is always good: saying that “more” leadership is needed in a given context reveals a supposition that leadership will be positive, while the concept of toxic leadership allows for the opposite possibility. This ambiguity has killed before, and it will do so again—every time a bad commander assumes his or her leadership can only make things better.

Setting aside the important distinctions between leadership and command, and acknowledging that the conduct of the latter has evolved over time, traditional military leadership—more so than leadership in other arenas—is associated with a certain sort of command model: directive, authoritative, and usually rooted in hierarchy or the expertise of a single person. It remains ideal for compelling young soldiers to run toward danger, and for fast decision making amid confusion. But for warfare in increasingly complex, multi-domain contexts, with an expanding cerebral dimension, leadership of this sort is a clear disadvantage. Modern warfare needs to engage and exploit nuance, not ignore it. Teamwork, empowerment, and creativity—all of which can be easily suppressed by the traditional leadership model—are often more highly valued attributes. Traditional leadership is frequently unhelpful, therefore, and needs to be rationed.

And there is a further problem in how we decide our military attributes, which stems from the fact that the whole can be very different from its individual elements. The so-called micro-macro paradox has been detected in many human endeavors. For example, although individual aid projects can be proven to work, their cumulative impact on development can be zero; and when individual teachers become better it does not mean the overall quality of education will improve. We should expect the same in the armed services: better leaders, smarter planners, or braver fighters will not necessarily make the force better led, smarter, or braver. Since it is the force that defends us, not the individual, before we chose virtues for our military individuals, we should ask what virtues we want for our armed services as a whole.

So, if confidence, chivalry, and traditional leadership are outdated, what should the modern military virtues be?

That question is far too important for a reflexive answer. Just as we choose very carefully when selecting the ships, drones, weapons systems, and electronics our warriors will use, the decision on which virtues we should instill into our personnel needs to be determined in response to the challenges we expect them to face. Military virtues are the human capabilities of our armed forces; they are even more vital than the multi-billion-dollar hardware with which we equip them to fight.

We are right to stamp out sexual harassment, racism, and extremism in the military. But we should not assume the best virtues to replace them can be found in the past. Many of the old virtues are no longer appropriate today.

Like the longbow, sail-powered warships, and cavalry, some traditional military virtues belong only to history, and should be retired from the battlefield.

Iain King CBE FRSA is an adjunct scholar at the Modern War Institute. He was recently the UK visiting fellow in the Center for Strategic and International Studies’ Europe Program, after serving as counsellor for defense policy and nuclear issues in the British Embassy in Washington. Previously, he was director of programs at the United Kingdom’s overseas democracy promotion agency, the Westminster Foundation for Democracy. He is an author of philosophy, international affairs, and fiction, and has been featured as a foreign policy analyst by CNN, the BBC, Defense One, Prospect, and the National Interest. King was appointed a Commander of the Order of the British Empire in 2013, for services to governance in Libya, Afghanistan, and Kosovo.