The Question at the Center of Army Readiness: Ready for What? 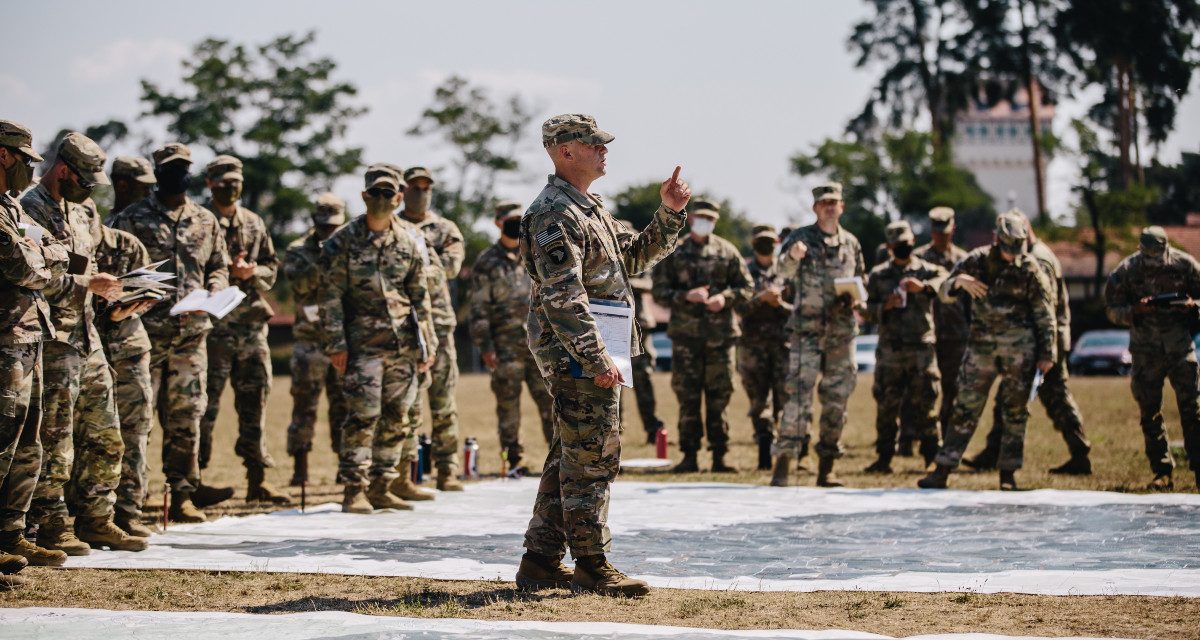 As the lead Army officer for operations, I often get asked a range of questions about readiness. How should we measure readiness? Which units does the Army most need to be ready? How ready do they need to be? Or simply, what is Army readiness?

To answer any these questions effectively, we must first answer a more fundamental question: Ready for what?

The National Defense Strategy is specific about what the joint force needs to be ready for: “defeating aggression by a major power; deterring opportunistic aggression elsewhere; and disrupting imminent terrorist and WMD threats”—while also defending the homeland. The Army has used these missions, collectively known as the Four D’s, as a measuring stick for readiness. While the Four D’s provide the Army its North Star for conflict, they do not encompass the totality of Army demand nor do they include all the missions outlined in the National Defense Strategy and National Military Strategy. For these, we need a new framework. The Army’s demands include day-to-day competition across the globe, responding to crises both at home and abroad, preparing for conflict (including the Four D’s), and implementing transformational change to ensure readiness now and into the future.

The Army Must Be Ready to Win in Competition

Day in, day out, long-term strategic competition with China and Russia drives the Army’s operational demands. We compete with these and other potential adversaries for access, presence, and influence across the globe and across all domains.

From surface to space, across the continuum of information, through cyberspace, and alongside our allies and partners in over 180 countries around the world, the Army is in motion. We actively compete by supporting the joint force in its day-to-day operations, but also by advancing relationships with our partners and imposing costs on our adversaries. Through multinational exercises, international military exchange programs, foreign military sales, and enabling dynamic force employment, the Army provides strategic predictability to US allies and partners, while remaining operationally unpredictable to our adversaries.

We see the Army in competition in real time through exercises like this summer’s Defender Pacific, where the Army exercised thousands of soldiers across the Pacific Rim to train on emergent capabilities and assure our friends in the region. Since 2014, Operation Atlantic Resolve has rotated Army units to Europe, increasing interoperability and combined capacity with our European allies and partners while deterring opportunistic aggression. Since 1993, the National Guard’s State Partnership Program has paired states’ National Guard units and servicemembers with countries to facilitate military-to-military cooperation and develop enduring personal relationships with strategic partners.

These activities and numerous others help ensure the United States can maintain the balance in areas where our competitors seek to upend the status quo. By remaining engaged globally, the Army can achieve its objectives and win without fighting.

The Army Must Be Ready to Respond to Crises

The Army must also maintain forces ready to respond to any emergent crisis at any place and at any time. Crises span the continuum of military employment, from handing out food and water following a hurricane to rapid deployment of combat forces to deter adversaries and assure allies. This year alone, the Army has conducted three large-scale integrated operations responding to distinct crises.

The first came in response to unrest in Iraq and increased tensions with Iran following the strike on Qassem Soleimani. Hours later, the Army rapidly deployed elements of the 82nd Airborne Division, maintaining stability in the Middle East and ensuring the United States was postured to defend our interests.

The second came amid the rapid spread of COVID-19 around the world. The Army quickly re-postured our forces so they would be ready to respond. As a result, the Army was ready to provide support to stressed medical systems across the nation. This included establishing and employing custom units from the Army Reserve, Urban Augmentation Medical Task Forces, to support civilian healthcare workers.

The third came as a part of civil unrest in cities throughout the United States. Army National Guard units activated in communities across the country to support civil authorities in ensuring our fellow citizens’ rights and safety.

Not mentioned above are the numerous, localized crises the Army responds to every day. From rescuing hundreds of Americans from wildfires in California to hurricane response on the Gulf coast, when situations escalate, the United States calls the Army.

The Army Must Be Ready to Deploy, Fight, and Win in Conflict

When circumstances spiral beyond competition and crisis, the Army must be ready to deploy, fight, and win in conflict. Simultaneously, the Army must defend the homeland, deter opportunistic aggression, and disrupt violent extremists.

To prepare for conflict, the Army must first build unit-level tactical proficiency. These skills span from supporting the logistical enterprise equipping and sustaining our forces to close combat with the enemy. Through its intake and promotion structures, the Army prioritizes soldiers completing the training required for their positions and levels of responsibility. Well-trained soldiers fulfilling their individual tasks is the bedrock of readiness for conflict.

To link all those skills together under the pressure of combat operations, we train units at their home installations at multiple levels—from teams and squads to brigades of three to five thousand. To reach the highest level of tactical readiness—proficiency in integrated movement and maneuver across the full spectrum of conflict against a thinking enemy—we send brigades to combat training centers in California’s Mojave Desert, central Louisiana, and southern Germany. These highly trained units then often deploy to fulfill regional combatant command requirements across the globe.

To bring all these capabilities together, the Army conducts large-scale exercises such as the Defender series mentioned above. Defender validates the Army’s ability to conduct strategic movement and maneuver to fulfill the demands of the National Defense Strategy. These exercises, along with detailed assessments covering everything from personnel requirements to global power projection capabilities, provide a clear view of the Army’s readiness for the full range of wartime demands.

To Be Ready for the Future, the Army Must Undergo Transformational Change

To be ready for the first three C’s in the future, the Army must undergo transformational change. The Army’s greatest challenge will be balancing the risk between current readiness and the change required for future readiness.

To help the Army achieve this balance, we stood up Army Futures Command (AFC) to develop, coordinate, and prioritize Army modernization. Through AFC, the Army will implement its future operating concept, Multi-Domain Operations (MDO). MDO allows us to establish an aim point for the Army to maintain our readiness for competition, crises, and conflict. MDO identifies three core tenets:

First, calibrated force posture ensures the Army is in position with strong relationships to compete effectively with our adversaries while being able to respond to crises and win in conflict. If the Army has the best forces in the world, but we are out of position, we will not be able to protect the nation. Calibrated force posture is essential.

Second, multi-domain formations provide the leading-edge capabilities to create multiple compounding dilemmas for our adversaries. While the intent is for these formations to ensure credible deterrence, they will be fully capable of employing combat capabilities across all domains to win in conflict.

Third, convergence builds the rapid and continuous integration of these capabilities across all domains. Convergence allows the Army to have reliable, multi-domain synergy that connects any sensor to the best shooter, and the right command and control in near–real time.

AFC’s work to achieve MDO enables the Army to maintain advantage over our adversaries. We will continue to adjust as the environment shifts and new technologies emerge, but AFC provides leadership for the Army to plan and execute modernization.

The Army must build readiness across the Four C’s. We cannot be an Army ready only for an exercise in Europe, or purpose-built to thwart Iranian aggression in the Middle East, or able to respond solely to a global pandemic. When called, we must perform. We must be ready for all types of demand. That is who we are, and that is what we owe the nation.

Lt. Gen. Charles Flynn is the Army Deputy Chief of Staff for Operations, Strategy and Planning.