The Questions of War: Mobilizing the Arsenal of Ideas 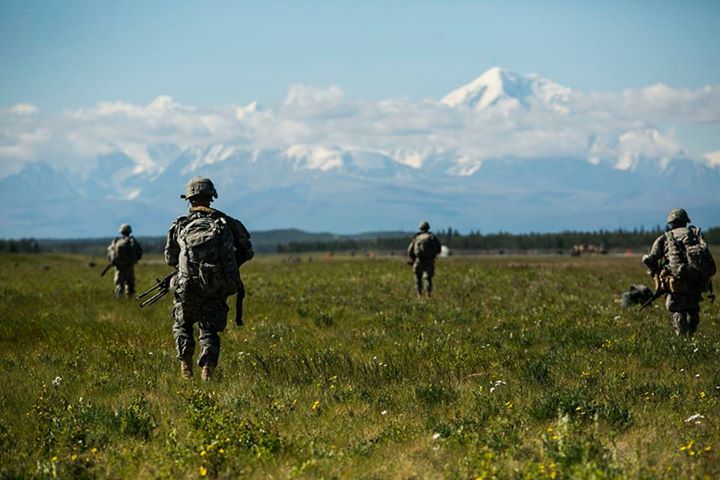 Why do bad things happen to good people?

Everyone asks this question at some point. Parisian or Paris-Texan. Mennonite, Muslim, or Morman. The 1% and the 99%. This question comes for us all, regardless of place, piety, or privilege. And when enough people in a single spot start asking that question, a critical mass forms, and this rally point for suffering often becomes a war.

This war-place is disorienting; an alien world where the laws of gravity still apply, but where the laws of civility apply not. Thou shalt not kill is no longer absolute, while the oxymoron “disciplined violence” must hold true. The terrain will not fit the map. Your life may mean less to you than your care for the guy next to you that you literally can’t stand. You might even be perfectly willing to die to protect those you’ve never met – not because you hate what is in front of you, but because you love what is behind you.

I have experienced this confusion in three wars: I fought for two years in Iraq; terror’s persistence has stalked me from 9/11’s smoke to the Boston Marathon’s bomb; today, I stand on the DMZ ready to “fight tonight” to separate the North from the Koreans. These, and my study of war have led me to three maxims to aid those who have reason to suspect war is on their horizon.

First, your war will be surprising. It will not be what you thought. When General Stanley McChrystal declared, “This is a different kind of fight” when he first assessed the war in Afghanistan in 2009. This precise statement will apply to every war you are a part of, emphasis on different, because the presence of a willed, active enemy dictates this will be so.

However, warfare’s ever-changing complexities are always paired with war’s eternal realities: humanity, geography, and strategy to name a few. Wars never repeat, but they always rhyme. Separating these two components – the standard from the singular – is critical, because movies, books, and veterans will use clever anecdotes to lull you into a familiar comfort with war. Beware: the storytelling, kind, old wise man may be the next Titanic’s ship captain, whose experiences are utterly insufficient for your new context. Even if your task, literally, is to save a private named “Ryan,” Saving Private Ryan will certainly not describe either your mission specifically, or modern war generally.

Clausewitz was right. War is always measured relative to the enemy, so there are no objective qualities like good/bad, only superior/inferior. The enemy is both teacher and test; the Socratic method with bullets.

Above all, this maxim counsels we must pursue strategic modesty. We must be humble before war. Be skeptical of quick or easy solutions; get used to saying “I don’t know,” because, well, you don’t.

Second: war is a duel. Clausewitz was right. War is always measured relative to the enemy, so there are no objective qualities like good/bad, only superior/inferior. The enemy is both teacher and test; the Socratic method with bullets. And so your commandments must be to study thine enemy, to know thine enemy, to love thine enemy – if for no other reason than to adopt creative and clever ways to kill or co-opt this enemy on the path to strategic success. You must outthink them before you can outfight them and returning to General McChrystal’s report shows us how when he explicitly stated his basis for assessment was two-fold: multidisciplinary analysis and military experience. Commanding this learn-faster-than-the-enemy process matters all the way from combatant commanders to cadets and the natural question is: what guides this process?

Questions. The original precision-guided mental munitions. Questions are what mobilize your arsenal of ideas. Even today, Google is unlimited nothingness without the right question. And War Council’s first incarnation tried to raise some of today’s pertinent questions:

Lieutenant General Ben Hodges at US Army Europe reports this deterrence dilemma: How do you make 30,000 soldiers feel like 300,000? Which, in turn, applies to the platoon leader: How do you make 30 feel like 300? Paraphrasing Peter Thiel’s interview question: What important truth about strategic affairs do very few people agree with you on? Thiel’s question in particular indicates originality of thought and a willingness to make the unpopular case. This is critically important. Great ideas grow from gardens where provocative insights are valued. Consider the Edge, home to some of the world’s greatest public intellectual debates, guided by the late James Lee Byars’s prompt: “I can answer the question, but am I bright enough to ask it?”

The military, occasionally for good reason, can fear questions. While the Profession of Arms dictates the place and time, we must have thoughtful questions at every step of the planning process, moderated by a sense of professionalism, right up until the order’s ink is dry. Some of our greatest military minds and decisions have been shaped by questions resulting from free and frank exchange of experience and perspective: records show George Washington held at least 44 Councils of War during his military career; Major General George G. Meade’s July 2nd, 1863 pivotal War Council decision to stand and fight at Gettysburg; and echoes of this tradition can be seen today in the Obama Administration’s close-hold, small group, “slow the clock long enough to aim carefully” approach to pulling the trigger on the raid for Osama bin Laden.

Ulysses S. Grant shows us the way to ask questions while maintaining professional bearing. In his Memoirs, he wrote about the Mexican War, “I was bitterly opposed to the measure and to this day regard the war which resulted as one of the most unjust ever waged by a stronger against a weaker nation.” Then, a few pages later, he wrote: “I am willing to believe that the opinion of a lieutenant, where it differs from that of his commanding General, must be founded on ignorance of the situation.” Admittedly, these statements are on different war issues. However, when paired, they reveal a powerful lesson. First, Grant shows willingness to question a war decision; then, Grant displays an understanding of his own limited view with respect to a war decision. These two concepts are not mutually exclusive; if Grant can hold these views, appropriately, so can the modern Profession of Arms.

The third maxim: you will be alone. You will feel alone at war because the danger and distance chases away your family and friends. Today, I feel every inch of the 6,000 miles that separates me from my wife and daughters. This is even more acute in command, separated by position from the group’s cohesion; lonely is the soul that wears the green tab. But these emotional burdens pale in comparison to the intellectual challenge.

You will decide. You will make judgments with the highest possible moral consequences. Your iPhone won’t help; neither will Wikipedia. You alone will exercise military judgment, and when enough good people start asking why bad things are happening, that’s when we send people like you to this wrong place at the wrong time, and the decisions will fall to you.

So, be humble; learn to ask the right questions; because there will be no one else. Now, what are your questions?

Major ML Cavanaugh, a U.S. Army Strategist, has served in assignments from Iraq to the Pentagon, and New York to New Zealand. A Contributor at War on the Rocks, he looks forward to connecting via Twitter @MLCavanaugh. This essay is an unofficial expression of opinion; the views expressed are those of the author and not necessarily those of West Point, the Department of the Army, the Department of Defense, or any agency of the US government.