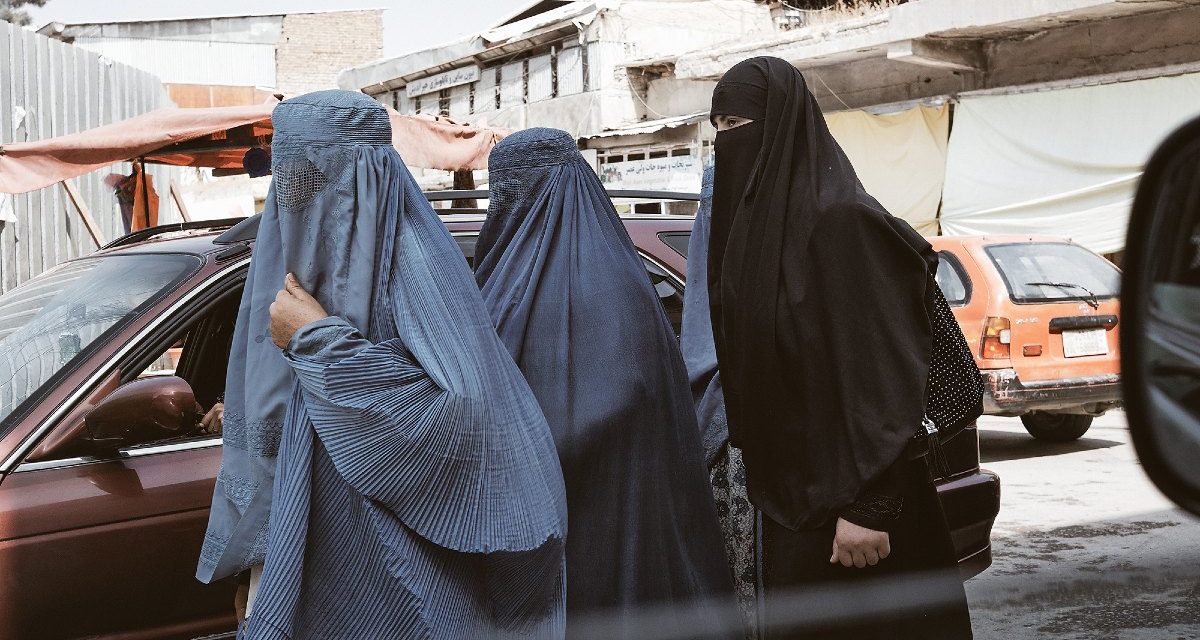 Over the last twenty years Afghan women have made considerable advances in terms of participation in the body politic. Thanks in part to the 2004 constitution, which mandated that 27 percent of seats in the Wolesi Jirga (lower house) and 17 percent in the Meshrano Jirga (upper house) be reserved for women, there have been unprecedented numbers of female representatives in Afghan National Assembly. In the words of Belquis Ahmadi, a senior program officer at the United States Institute of Peace, the share of women that turned out to cast ballots in the 2018 parliamentary election represented “one of the few bright spots” in an otherwise challenging electoral process.

The origins of the aforementioned gender-inclusive political measures are tied (at least in part) to the 2001 US-led military invasion, which did help bring to the world’s attention the disregard for women’s rights under the Taliban regime of the 1990s. After the Taliban was routed in late 2001, a job that by most accounts took only a few weeks, per the Bonn Agreement a team of Afghans and foreign legal experts set out to draft a new constitution. After toiling for nearly a year the new social contract helped lay the groundwork for the legal equality of men and women, and a more gender inclusive political regime and society. In remarks at a press conference only a few months after the constitution was signed, then-president George W. Bush proudly announced: “Today, we witness the rebirth of a vibrant Afghan culture. Music fills the marketplaces, and people are free to come together to celebrate in open.”

Yet framing the advances in Afghanistan in terms of gender rights and political participation as a product of these efforts alone would be misleading at best. At worst it belies the impressive work of Afghan women (and men) that have challenged gender barriers and fought for women’s empowerment long before 2001 (and the Taliban). Queen Soraya Tarzi (1926–29) encouraged and promoted female education and advocated for women’s employment rights. The 1964 constitution, which served as a template for the 2004 constitution, favored statutory law over Hanafi sharia law and legally enshrined Afghan women’s right to vote. Although the ulema––the Muslim clergy––viewed these changes as an unwelcome harbinger of Afghanistan’s Westernization, many urbanites embraced these new opportunities for their daughters. By mid-century, females––primarily hailing from the leftist urban elite––were being educated en masse at Kabul University and abroad in countries like Turkey. And by the 1970s women were employed in the legal, education, public administration, and healthcare sectors. Roughly 50 percent of university students were women. There were women in parliament.

During the 1960s and 1970s thousands of Afghan women, particularly those among the urban educated, participated in various protests and rallies in support of female education, women’s rights, and gender security. Fast forward to the post-9/11 era, when Malalai Joya, a female political delegate involved in the 2003 constitutional loya jirga, protested provisions she argued would politically empower warlords. In May 2005, hundreds of Afghan women marched through the streets of Kabul in protest of the kidnapping of a female Italian aid worker. A similar protest occurred in Kandahar in January 2008 after the kidnapping of a female US aid worker. The current women-led protests in response to the Taliban’s announcement of an all-male government are indeed representative of the long history of urban and educated Afghan women willing to take to the streets in the face of political and social injustices.

As politicians and pundits continue to debate the legacy of the last twenty years, the challenges facing Afghan women are sobering. As the Taliban continues to roll out plans for its new caretaker government, to be helmed by Mohammad Hasan Akhund, it should be hardly surprising given the group’s reputation that there are no women among the list of new cabinet members. Indeed, while political participation approximating anything akin to democracy moving forward is uncertain, women are likely to lose the most by the US withdrawal and the subsequent (and swift) Taliban takeover. The Taliban is assassinating women’s rights advocates and politicians, murdering schoolgirls, and appears determined to wipe out electoral processes and women’s rights, wholesale.

The National Resistance Front, which emerged only weeks ago, has declared the Taliban regime illegitimate and has aspirations for its own parallel government. The UN secretary-general expressed grave concerns for increased human rights violations under the rising caretaker government. The emerging complexity of the situation currently unfolding in the wake of the hasty withdrawal of US forces in August thus highlights a critical challenge for the United States: what to do with a Taliban government in power.

On the one hand, pressing the Taliban government to protect the rights and fundamental humanity of women and girls implies the United States acknowledges the existence of at least de facto authority. On the other hand, a blanket rejection presumably limits any influence the United States may have on the matter. Given US Secretary of State Antony Blinken’s comments, it appears the United States will favor the former; but at what cost? Under the Taliban, Afghan women stand to lose nearly a century of momentum in terms of advancements in their rights and political participation. What does the future hold for women’s rights and empowerment under a Taliban regime? Is gender inclusiveness even possible when those historically committed to waging war against women reign in Kabul? These are sobering questions without easy answers. But the United States must make a decision about how to move forward: either seek to influence the Taliban regime to protect women’s rights and accept the attendant risks of appearing to recognize the regime’s legitimacy, or refuse to do so and face the risk of watching women’s hard-earned advancements—from the past twenty years and before—evaporate. In the meantime, and in the face of surging violence, Afghan women in Kabul continue to fight for their fundamental human rights.

Joel Blaxland is an assistant professor of political science in Western New Mexico University’s Department of Social Sciences and Cultural Studies and a nonresident fellow at the Modern War Institute at West Point.