The School of Street Fighting: Tactical Urban Lessons from Ukraine 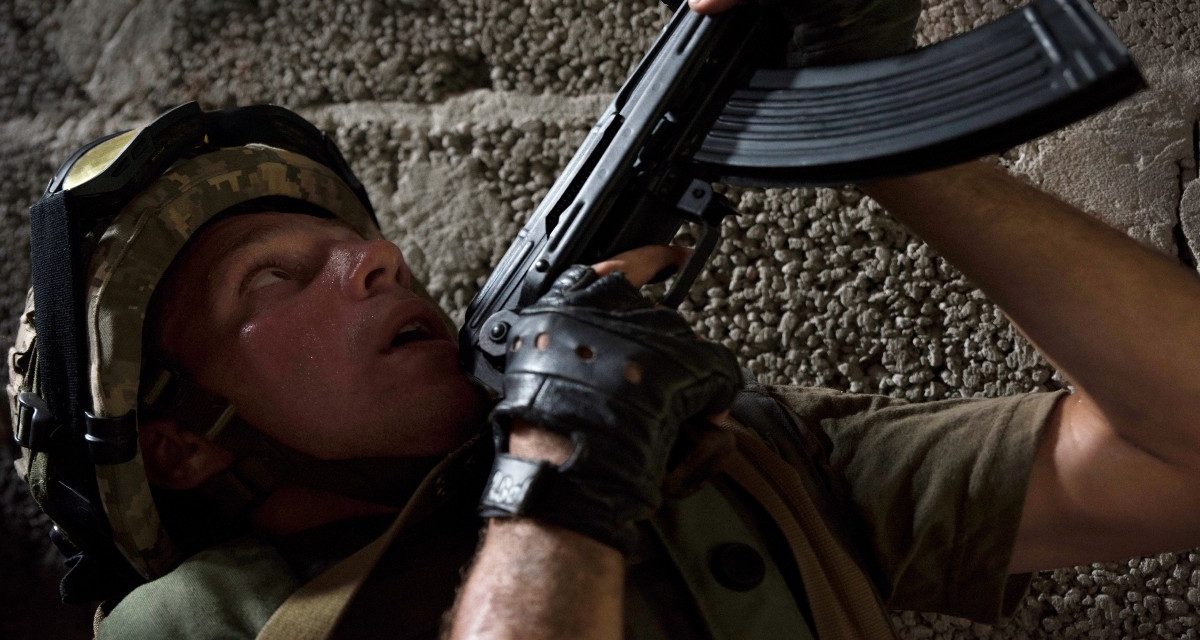 The Russo-Ukrainian War has been a prime case study for Western military tacticians and planners. Russian failures in the face of Ukrainian resistance have provided leaders and analysts with an insight into modern conventional combat that shorter wars, like the Nagorno-Karabakh War, have not due to their scope and scale. From the opening salvos to the ongoing fight, it is apparent that the urban fight remains crucial to modern military operations. Seeming Russian ineptitude has been widely broadcast for the casual consumer. Looking at the open-source coverage with a more discerning eye, several lessons at the tactical level can be gleaned that directly apply to junior leaders. This article breaks down some of those lessons, with a particular emphasis on fighting in urban settings. These lessons are by no means revolutionary but combining them here gives junior leaders a useful primer in what we have seen so far in Ukraine.

Small antitank teams are extremely effective against armored formations. Small Ukrainian hunter-killer teams have been effective maneuvering in urban terrain to launch antitank guided missiles (ATGMs) into the thinly armored roofs of Russian tanks. These teams are flexible and mobile and can move in close before attacking, mimicking the tactics used previously by the Chechens in Grozny in the 1990s. In one video, the members of a Ukrainian antitank team used ruined buildings to mask their location while they engaged three Russian tanks. The tanks seem to be at a loss as to how they should react and one of them is seen firing in the wrong direction. Antitank teams skillfully using the cover and concealment offered in an urban setting can maneuver to maximize the effectiveness of their weapons against the enemy.

Incendiaries like Molotov cocktails work. In an era of Javelins and other ATGMs, simple incendiary weapons still pose a threat. Vehicles, for all their capabilities, are vulnerable when they drive into dense urban terrain. These improvised incendiaries can easily find their way into the engines of thin-skinned vehicles such as the KAMAZ truck, forcing Russian troops to tie tree branches over their radiators for protection. Molotovs can melt the nonmetal parts and optics. They also can spill through crew hatches of armored vehicles such as BTRs.

Ukrainian civilians quickly began mass-producing these simple weapons during the early days of the invasion. Given Ukraine’s significant civilian mobilization, the Molotov’s use does not require a fully trained and equipped antitank team to neutralize or kill enemy vehicles. For smaller echelons, improvisation and determination can overcome a lack of organic capabilities, providing an opportunity to punch far above their weight class. This is a great lesson for junior officers and noncommissioned officers to stay flexible and adaptive to find creative solutions, especially in the close confines of an urban environment against a numerically superior enemy.

Across Ukraine, barricades have been erected across roadways, concertina wire has been strung, and, in several cases, antitank hedgehogs from museums have been dragged outside to help block off major avenues of approach into Ukrainian cities. Land mines too have been used to degrade a maneuver force’s ability to quickly traverse through an urban area. Vehicles must detour or remain stationary while these obstacles are cleared by dismounted forces or dedicated clearance vehicles, which are themselves vulnerable to ambush. In areas where there was limited time to develop the engagement area, destroyed buildings have provided an effective roadblock. These damaged buildings provide cover and concealment for Ukrainian forces, who engage enemy vehicles and infantry from the shadows of buildings and tunnels. Should vehicles detour down an unbarricaded avenue of approach, chances are high that they will be moving directly into a kill zone that has been planned in advance. Even before the invasion began the Ukrainian forces made effective use of rubble—as they did, for example, when they held out for three months in the ruins of the Donetsk airport in late 2014. At the tactical level, understanding the terrain is critical to planning any operation, including accounting for capabilities and challenges that urban terrain, intact or destroyed, can provide. By understanding the terrain, leaders can set their forces in positions that are complemented and enhanced by the terrain, as well as plan inescapable kill zones and impassable strong points for their enemies.

Tanks need infantry and engineers; infantry and engineers need tanks in urban areas. Throughout the conflict, Russian armored forces have advanced into urban environments without dismounted infantry support moving as screening and security for their vehicles. This lack of infantry presence allows Ukrainian forces to close with Russian armor and engage it directly with antitank weapons, repeating the same failures they made in Chechnya and the Soviets did in Afghanistan. The images taken by Ukrainian special operations forces of the aftermath of an ambush near the Hostomel airport is evidence of this failure. Many of the Russian paratroopers were killed while still inside of their vehicles, instead of dismounted and providing the security that could have changed the outcome of the ambush.

The poor use of Russian armor in Ukraine has reignited the debate about the usefulness of armor at all in urban environments. Staff Sergeant David Bellavia’s book, House to House, provides an effective example of combined infantry-armor maneuver in an urban environment. In the Second Battle of Fallujah, American tanks and Bradley fighting vehicles were used as powerful support-by-fire and breaching tools for the infantry, while the infantry pushed out in front of the vehicles and protected them against enemy antitank teams armed with rocket-propelled grenades. When comparing this to the Russian method of sending lone tanks up narrow streets without any infantry support, the failures are clearly observable.

Militaries must prepare for subterranean warfare. The siege of Mariupol has been a focal point of the war. Ukrainian defenders clung to the Azovstal Steel Plant for nearly three months, using its multilevel subterranean network to deny the effectiveness of massed Russian artillery and armor. These tunnels also provided refuge for thousands of civilians, who remain trapped. On April 21, the Russians declared victory in Mariupol, indicating that they would not be sending forces into these tunnels to clear out the potentially hundreds of Ukrainian soldiers still within. Vladimir Putin ordered the halt to save lives, because Russian forces lacked the capabilities to engage in subterranean operations. This limitation forced Russia to declare a premature victory, while the Ukrainians were able to broadcast their continued defiance and still retain combat power in the area to keep the defenders bottled up. Units must be properly trained and equipped to engage in subterranean operations. For junior leaders it must be a point of emphasis to ensure that they and their subordinates are tactically proficient and able to meet the challenge of the subterranean in order to complete their mission.

The War Will Be Televised

Ukrainians have been avid videographers of their own war, with firsthand combat footage available daily. There are countless videos that have provided observers with high-definition teaching points of effective urban combat tactics. However, this phenomenon of fighting on camera provides two extremely important lessons of their own for junior leaders.

First, having phones on the battlefield can be extremely dangerous. Early in the war, as waves of foreign volunteers entered Ukraine, Russian forces hacked into the cell phone of a British volunteer who had been posting on social media. His location was tracked, and a subsequent Russian cruise missile strike left thirty-five dead. This serves as a grim reminder of the importance of tactical operational security. Furthermore, similar strikes are reminders that if you can be sensed, you can be killed.

Second, all maneuver in urban environments will be monitored, recorded, or in other ways observed by someone. Any civilian with a cell phone can post a video of troop movements on the internet. A single TikTok with enough views can find its way into the feed of a hostile intelligence operator. Junior leaders must expect to have their movements observed and be prepared to move positions often to avoid becoming static targets for observers to report back to artillery batteries.

As the war in Ukraine continues, there will only be more lessons to take from the fighting. These lessons have been paid for in blood and the United States Army must take them to heart for the day when it is American soldiers in the fray. The United States military, as well as NATO and other partner forces, need to prioritize training for the urban fight in order to be prepared to fight and win in this environment.

Benjamin Phocas is a cadet at the United States Military Academy where he is majoring in Defense and Strategic Studies. He is an intern at the Urban Warfare Project of the Modern War Institute.