The Strategic Backdrop of Qatar ’22: Unpacking the Geopolitical, Security, and Other Issues Surrounding the World Cup 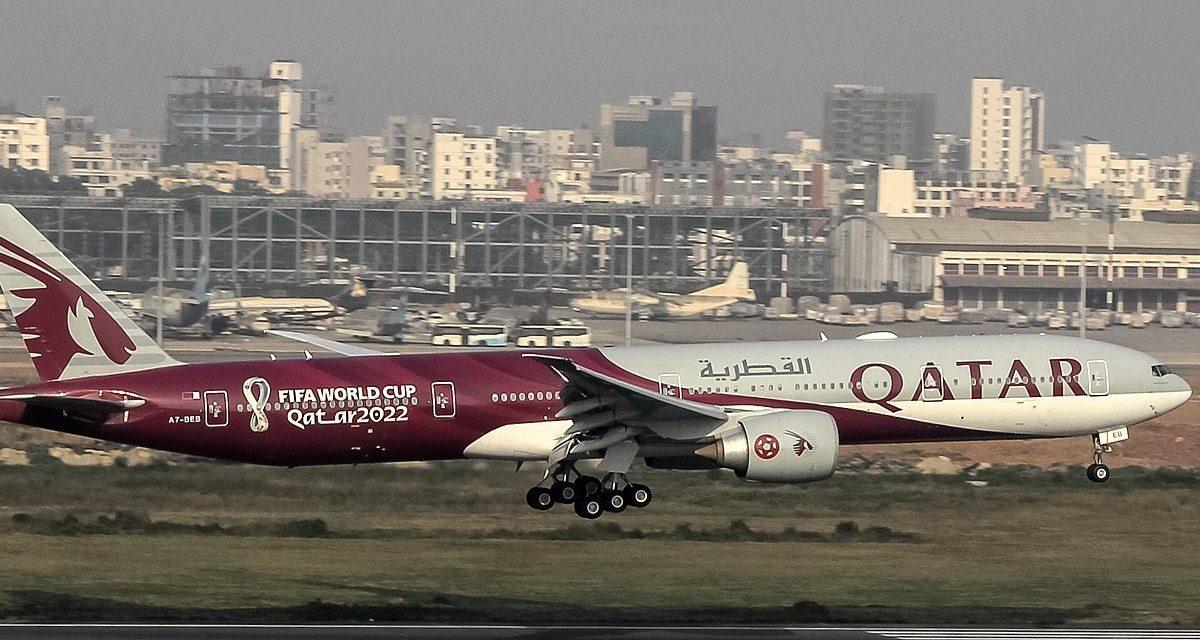 Hey strategists, policymakers, and geopolitical analysts—not a soccer fan? Here’s why you should be paying attention to the FIFA World Cup, anyway. With Thanksgiving right around the corner, millions of Americans will gather for food, family, and football. For much of the rest of the world, though, attention will be on the other football, with an expected five billion viewers tuning in worldwide. For the first time in its nearly one-hundred-year history, the world’s largest and most watched sporting event kicked off this week on the Arabian Peninsula when the tiny country of Qatar launched the opening ceremonies for the 2022 FIFA World Cup. And even if you have little interest in the action unfolding inside the eight stadiums that will host the matches, the tournament is taking place against a backdrop of geopolitical and strategic issues that you should be watching.

One reason this global soccer spectacle is significant to the United States is that Qatar is currently home to the forward headquarters of both the US Central Command and Special Operations Command–Central, with over ten thousand military personnel at al-Udeid Air Base on the outskirts of its capital city of Doha. In October of this year, Qatar’s Ministry of Defense signed a memorandum of agreement for the United States to provide security support during the tournament.

There has been interagency collaboration in recent months with the US Department of Homeland Security signing an agreement with Qatar to also assist with security. According to a joint statement, the department would help “identify air passengers linked to terrorism and trafficking” and would assist in “detecting watchlisted travelers and monitoring potential security risks at Hamad International Airport.” The agreement also includes help in countering threats from unmanned aircraft systems and commits the Cybersecurity and Infrastructure Security Agency to providing resources on infrastructure security. With so many viewers, an event of this magnitude offers an attractive target to extremist groups seeking to send a message. The United States will play a big part in providing the necessary support for a safe, secure World Cup.

The United States men’s national team qualified for the Qatari World Cup by earning one of the three automatic berths allotted to CONCACAF—the qualifying region encompassing North America, Central America, and the Caribbean. The team is now set to compete in an explosive four-team group at the tournament with England, Wales, and Iran. With protests and civil unrest raging across the country and Tehran’s alleged support to Russia in Ukraine, the eyes of the world are on Iran. Earlier this month, the Ukrainian Association of Football (UA) filed a formal complaint to FIFA, the sport’s global governing body. Based on “systematic human rights violations in Iran, which may violate the principles and norms of the FIFA Statutes” and “the possible involvement of Iran in the military aggression of Russia against Ukraine,” the complaint called for Iran’s national team to be excluded from the World Cup. Despite the formal complaint, FIFA ruled that Iran will remain in the competition.

In the 1998 World Cup in France, nineteen years after the revolution that ousted the pro-American shah, the United States and Iran played what has been described as “the most politically charged game in World Cup history.” Prior to the match, Iran’s supreme leader, Ali Khamenei, ordered the Iranian team to not shake hands with the Americans in the traditional prematch ritual. Iran won 2-1, eliminating the United States from the tournament and causing massive celebrations across the country. “People were dancing in the streets of Tehran, openly drinking alcohol and the women took off their head scarves,” one account described. “The Revolutionary Guard didn’t do anything about it because they were also so happy. They were football fans first and Revolutionary Guards second.” It is interesting to note that Iran’s current unrest was triggered by an instance of the state’s crackdown on the identical thing that was apparently allowed in the jubilation following a soccer match twenty-four years ago: the death of Mahsa Amini after she was detained by the country’s morality police for not fully complying with Iran’s veiling laws sparked waves of protests and violence. The United States plays Iran on November 29 for the first time since France ’98. How will the regime respond if similar celebrations ensue if Iran is to win?

Qatar, a Muslim nation with laws, customs, and practices rooted in Islam, promises to welcome fans “without discrimination.” In a speech to the United Nations General Assembly in September, Sheikh Tamim bin Hamad Al Thani said that traveling supporters will be safe and that it is “our duty is to overcome obstacles, extend a hand of friendship, build bridges of understanding and celebrate our common humanity.” However, Qatar’s actions in recent weeks say otherwise with concerns over its response to issues such as homosexuality, censorship, and alcohol.

Homosexuality is illegal in Qatar and various human rights organizations reported that, as recently as September, at least six LGBTQ+ people have been arrested and abused while in custody. Even more troubling is that former Qatari national team player and current World Cup ambassador Khalid Salman said in a recent pretournament interview that homosexuality is “damage to the mind.” In response, the players competing in the tournament launched the One Love campaign aimed at promoting inclusion and equality at this year’s World Cup and beyond. The captains of nine European nations will wear rainbow armbands to share their message of inclusion to a worldwide viewing audience. The United States chose not to wear the armband during the matches but will display the One Love crest at their training camp for the duration of the tournament.

Another controversial topic has been the sale of alcohol, something Qatar only permits at designated locations in support of tourism but not allowed in Muslim laws. Qatar, FIFA, and Budweiser, who paid $75 million to sponsor the tournament and for sales rights at the tournament’s matches, have been in negotiations. Two days prior to kicking off the tournament, Qatar announced that there will be no alcohol sold in and around the stadiums—revenue lost for Budweiser and disappointment for the traveling supporters. Upon receipt of the announcement, Budweiser tweeted on November 18, “Well, this is awkward. . . .” Qatar conceded that the state will allow the sale of alcohol in designated “fan zones” across the country but want to ensure “that the stadiums and surrounding areas provide an enjoyable, respectful and pleasant experience for all fans.”

Russia spent $11 billion when it hosted the World Cup in 2018. Qatar has reportedly spent $229 billion—building stadiums and launching infrastructure projects such as transit lines, hospitals, and shopping malls. The primary goal of hosting the tournament is to showcase Qatar to the world and make it a desirable location for future travel and investment. The pace of this rapid development comes at a significant cost: the cost of human life.

The Qatari government stated that over thirty thousand foreign workers, mostly from Bangladesh, India, Nepal, and the Philippines, have worked on construction projects since 2010, when FIFA awarded this year’s World Cup to Qatar. Various human rights groups have accused Qatar of forcing these migrant workers to live in poor accommodations, pay large recruitment fees, and have their wages withheld and passports confiscated. Over the years rights groups have also accused FIFA of indifference to the matter and criticized the organization’s unwillingness to stop a tournament being “built on human rights abuses.”

As of February 2021, a staggering 6,500 migrant workers have died since 2010. The Qatari government claims those numbers are wildly exaggerated and that its accident reports from 2014 to 2020 showed only three “work-related” deaths, and another thirty-four from natural causes. The One Love campaign, in addition to promoting inclusion, is also undertaking its activities in recognition of the migrant workers lost to the World Cup and for the equal and fair treatment of all human beings.

In his pre–World Cup press conference from Doha on Saturday, FIFA president Gianni Infantino (a European) gave an explosive one-hour monologue lashing out at what he described as “hypocrisy” and “racism” from countries criticizing Qatar on morality grounds. “What we Europeans have been doing for 3,000 years around the world, we should be apologizing for the next 3,000 years before starting to give moral lessons to people,” he insisted. European companies, he continued, had done nothing to address the rights of migrant workers because it would jeopardize the vast profits they earn in Qatar. His comments will do little to tamp down criticism of Qatar on the issue of human rights—an issue that will remain heavy in the air throughout the entire tournament and beyond.

With so much controversy surrounding the World Cup, it will be compelling to see how the multitude of issues unfold. Will Qatar welcome the world and allow traveling supporters the freedom to enjoy the event in the way they choose, or should supporters be expected to adapt to the nation’s laws and customs? Will players and supporters protest the event in an attempt to make their voices heard? How will the sport referred to as “the beautiful game” influence—and be influenced by— the complex network of political and security issues that form the landscape on which the World Cup is playing out?

Maj. Grant Barge is a civil affairs officer and strategic studies instructor at West Point. He is a United States Soccer Federation–licensed coach and is a team culture and leadership advisor at the professional and collegiate level.