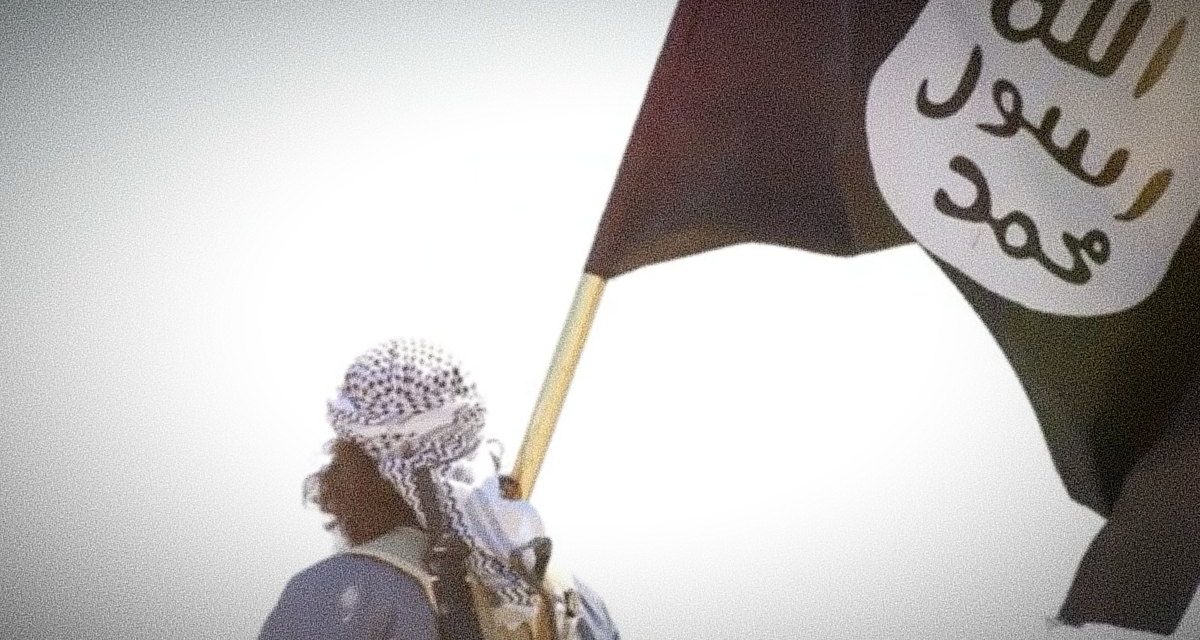 Amid the chaos of the recent US withdrawal from Afghanistan, the world received a stark reminder that terrorist and insurgent groups may compete with one another, even when they nominally fight on the same side. On August 26, a member of the Islamic State–Khorasan (ISIS-K) carried out a suicide bombing at Kabul airport, killing thirteen US servicemembers, dozens of Taliban members, and 170 Afghan civilians. In the months since, ISIS-K has stepped up its attacks, mostly targeting Taliban units and Afghanistan’s Shiite minorities.

These developments have raised concerns that the country may see a cycle of escalatory violence—referred to by political scientists as “outbidding”—among Afghanistan’s Islamist factions. If the Taliban does not respond with violence, one of its associates, such as al-Qaeda or the Haqqani network, might be incentivized to launch its own attacks in an effort to recapture the spotlight from ISIS-K.

Of course, al-Qaeda is no stranger to such competition with ISIS. After the two factions disassociated themselves from each other, Syria and Iraq became the focal points of their violent efforts to stand out. Each group launched attacks apparently calculated to draw attention to its own organization at the other’s expense. And the groups’ struggle for primacy was not confined to Syria and Iraq, but extended to France, Mali, Nigeria, and Somalia. The logic of outbidding is that with more sensational displays of violence, groups should be able to attract more public support, recruits, and resources away from competitors. But despite this intuitive logic, we do not always see groups increasing their violence in response to competitive pressures. Indeed, some have argued that, at least quantitatively, al-Qaeda may have actually reduced its violence in response to increasing violence from ISIS.

So when is group competition likely to lead to more violence? While some cases seem to confirm the logic of outbidding, others—including the relationship between al-Qaeda and ISIS—are less straightforward. Our new book, Militant Competition: How Terrorists and Insurgents Advertise with Violence and How They Can Be Stopped, systematically examines the conditions under which competition is likely to produce increasing levels of violence. We find that the relationship between competition and violence is not as simple as the “more groups equals more violence” story would suggest. On the contrary, violence may decrease as the number of groups increases, and single militant groups can drive some of the most violent campaigns in the world. Policymakers should be cautious about making blanket assessments regarding the consequences of intergroup competition.

Outbidding theory views violence as a means of advertisement. Often, multiple militant groups compete for the same resources, volunteers, and financial contributions. For the audiences these groups are trying to reach, violence is a form of persuasion. Why would a person want to join an unproductive organization when another is consistently in the news, staying active, and fighting for the ideological cause?

If violence is advertising, it is tempting to think that the emergence of a new group would therefore ramp up others’ violence. After all, the additional group makes the marketplace of terrorist groups more competitive. In response, groups should feel a greater need to take action to stand out from one another. But quantitative evidence for this effect is mixed at best.

Drawing from economic models of advertising, our book clarifies an important distinction between group-level and aggregate violence. If it were optimal for all other groups to escalate their violence in the face of new competition, the marketplace would grow out of hand. Soon, there would be more violence than the market is willing to bear. Some of the groups would see their violence fail to generate enough support to justify its costs. In fact, such groups would rather pull out of the marketplace for violence entirely than continue to produce such high levels of violence.

Instead, we find that outbidding tends to cause an increase in violence at the aggregate level. For example, suppose that next year a new group formed that planned to compete for the same supporters as al-Qaeda or ISIS. The emergence of such a group has two effects. The direct effect is new violence caused by that group. The indirect effect is a net reduction in the total violence from other groups. For these groups, continuing their current level of violence would saturate the market. The marginal benefit of any one attack goes down, and so they drop their effort to compensate, just as al-Qaeda may have done with the rise of ISIS. The key, however, is that the new group’s violence more than covers the total reduction in violence from the others. Increased competition indeed yields more violence—it just may not appear that way when one focuses on any particular group.

Government actions also affect the level of violence caused by outbidding. First, a target government can prevent supporters from aiding terrorist groups, which shapes those groups’ incentives to violently outbid each other. When governments are helpless, competing groups anticipate that volunteers and donations will be free flowing. When governments are strong, the pool of potential support dwindles. As a result, adding a group causes a greater increase in total violence in the former case than in the latter. Northern Ireland’s police force, the Royal Ulster Constabulary, for instance, reduced Republican violence thanks, in part, to its successful use of informants. These policies had a chilling effect on group recruitment efforts over time.

Second, governments adjust their policies when they anticipate outbidding violence. When group competition is likely to be intense, governments are less inclined to stoke the flames and create new supporters for a terrorist group. Given the government’s self-restraint, the large number of groups end up competing over a smaller pool of potential recruits and contributions. Facing a smaller prize, the groups correspondingly reduce their violence. In contrast, governments take greater policy risks when groups are few and far between, knowing that outbidding violence will be negligible. For example, they may ramp up economic discrimination, reduce social spending for disadvantaged groups, or initiate new territorial conflicts.

Bashar al-Assad seems to have followed this logic to some extent during the Syrian Civil War. Early in the conflict, when he faced few formal opposition groups, his regime was prone to dramatic overreaction, crushing public demonstrations and massacring hundreds of people, while pledging no compromises with the rebellion. But by 2017, as the number of competing nonstate actors continued to rise, Assad began to speak of the opportunity for “reconciliation” and indicated his willingness to negotiate. Counterintuitively, the regime was arguably in a stronger position when Assad began to soften his tone—the potential for his position to weaken as militant groups proliferated throughout the country may have convinced Assad to demonstrate some self-restraint.

Finally, governments can try to manipulate the incentives of new groups considering whether to enter the marketplace. Perversely, this aligns their preferences with an existing group, which would like to monopolize the market. Indeed, because a monopoly group captures all of the benefits, it may be willing to commit extremely high levels of violence to maintain its superior position. It is even possible this type of violence exceeds the level that would be produced with active competition between multiple groups. The implications for governments are counterintuitive: sometimes making it more difficult for new groups to form can incentivize existing groups to increase their violence to maintain their monopoly.

From Insurgent to State Actor

Today, the Taliban has once again transitioned from a nonstate organization into a state actor. In other words, there is now one fewer insurgent group in Afghanistan. Does that mean we should see reduced levels of violence in the country? According to our findings, demonstrative violence could increase among Afghanistan’s remaining Islamist factions. Indeed, ISIS-K has claimed responsibility for a string of gruesome attacks since the US withdrawal, including a November bombing at Daoud Khan Military Hospital in Kabul that killed more than twenty-five people. The apparent eagerness of ISIS-K to establish itself as the country’s leading purveyor of violence suggests that at least one group is trying to corner the market of nonstate violence. ISIS-K may have intentionally designed this new series of attacks to muscle out existing and potential competitors.

The United States and its allies, when considering how to manage future conflicts involving multiple nonstate actors, would do well to examine the specific strategic conditions under which groups operate. More competitive landscapes do not always produce more violence, and cases in which a single group maintains a monopoly sometimes see acute levels of violence.

Policy prescriptions that focus on offensive operations against a specific group should carefully consider the level of competition waiting in the wings. Verbal criticisms and denunciations of lead groups by rival groups may be one indicator of the potential for competitive violence. The newly formed Hamas, for instance, publicly referred to Fatah’s engagement in peace talks with Israel in the early 1990s as the “conference of selling the land.” Analysts may be able to use such statements to provide better estimates of how targeting one group may change incentives for others to use violence.

And only one type of counterterrorism policy avoids these problems altogether: defensive measures. As long as such measures do not discriminate among groups, they can lead to reductions in violence across the board. Competition among groups is irrelevant if effective defensive barriers are devised. Policymakers looking to reduce violence in complicated environments should start with this basic insight, and then consider the full strategic picture to determine the efficacy of other policies.

Justin Conrad is the Gary K. Bertsch director of the Center for International Trade and Security and associate professor of international affairs at the University of Georgia.

William Spaniel is assistant professor of political science at the University of Pittsburgh.