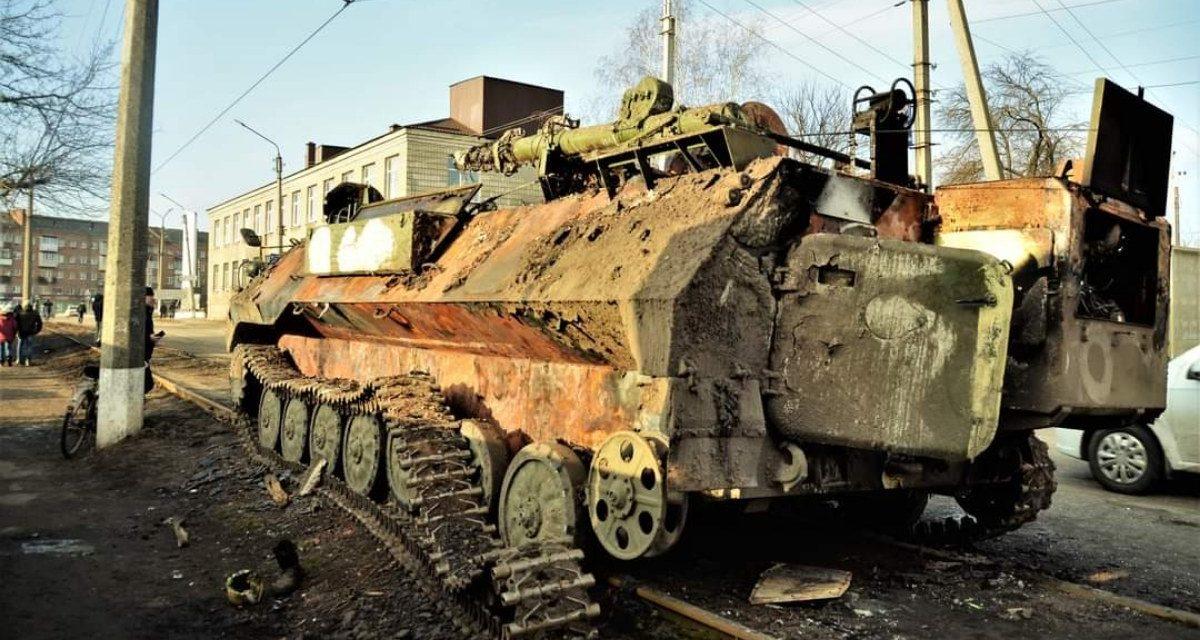 Russia’s invasion of Ukraine is a blatant violation of sovereignty and territorial integrity. It is a tragedy for those on the receiving end of what appear to be increasingly indiscriminate attacks. It is a clarion call for nations to choose sides, and it is strengthening the resolve of European political and defense institutions. It’s also set to settle longstanding debates in Western military circles.

Militaries make assumptions about the adversaries they will face in the future, the characteristics of the environments in which they will operate, and the weapons and systems that will be required. This is natural and is why professional military forces develop future-looking concepts. As retired General David Perkins often explained when he commanded US Army Training and Doctrine Command, doctrine describes how we train and fight today, while concepts describe how we expect to fight in the future. And while those concepts rest on a wide range of assumptions, many of these assumptions remain untested—and debated.

This is why learning from our experiences of war is so important. But just as important is learning from others’ experience—watching, assessing, analyzing, and deriving insights to refine our expectations of the future of conflict. Russia’s attack against Ukraine is an opportunity to do so, and it is bringing two debates in particular into focus.

In 2017, we launched the Urban Warfare Project at MWI. We have published dozens and dozens of articles, a podcast series, and historical case studies—all aimed at exploring and conceptualizing urban warfare and the unique challenges posed by cities as operational environments. John Spencer, MWI’s chair of urban warfare studies, is arguably the leading expert on the subject and has challenged the US military to consider a range of important questions. What are the tactical challenges of fighting in cities? What about the strategic implications? How is a military force’s ability to maneuver degraded by dense structural complexity? What would a unit optimized to operate in large cities look like? What types of training are most useful? Can modern warfare be conducted in a city without causing massive destruction?

And yet, all of these questions assume the unavoidability of urban warfare. There are good reasons to believe this assumption. The world is becoming increasingly urban. Cities hold political, economic, and symbolic value, so an aggressor seeking to diminish an adversary state’s political stability, economic vitality, social cohesion, and national will might naturally see cities as attractive targets. Urban environments lend considerable advantages to a defending force, inviting a militarily weaker side in a conflict to seek sanctuary in cities and turn them into fortresses that provide protection, not only from enemy fires but also enemy intelligence, surveillance, and reconnaissance platforms. The list goes on.

But not everyone agrees. Given the challenges cities pose, they argue, urban warfare can—and should—simply be avoided. Military forces should isolate cities and bypass them, not get pulled into an unnecessary street-to-street, building-to-building fight.

Today, as Russian forces approach Ukraine’s capital, this debate is as relevant as ever. To be sure, Ukraine’s military is preparing to defend the capital city (as is its civilian population—more on that below). For Ukraine, avoiding urban warfare is clearly not an option. Whether doing so is an option for Russia is the salient question—and its decisions in the near future will be telling. Russian forces’ drive toward Kyiv and its encirclement and targeting with rockets and artillery of Kharkiv and Mariupol make clear that cities represent primary objectives of Russia’s military campaign. Russia has signaled its belief that achieving its operational goals—namely, isolating Ukrainian forces in the east and establishing a land connection between Crimea and the Donbas—and its strategic goals—whatever they are—center on cities.

What remains to be seen, however, is what Russian forces do next. Will they escalate indirect fire attacks and employ airstrikes in order to extract political submission on Moscow’s terms? Or will they enter Kyiv (and other cities) and accept the enormous risks of seeking to forcibly dislodge the Ukrainian defenders? Either way, the current conflict reinforces the strategic and operational importance of cities and necessitates their consideration in any serious conversation about large-scale combat operations. But if Russian forces do in fact enter the city intent on fighting, it will provide a powerful piece of evidence that the future of warfare is urban—and that we must prepare for it.

As Russian revanchism has built in recent years and the small states closest to Russia have felt increasingly threatened, an obvious question has arisen: How can those states, militarily weaker by an overwhelming degree, deter aggression and defend against attacking forces should deterrence fail?

One option is to incorporate nonmilitary and paramilitary personnel into an integrated defense plan. Indeed, several of the small states under threat have done so. Estonia, Latvia, Lithuania, Finland, Sweden, and Norway have all adopted approaches that combine conventional military capabilities with civilian resilience and resistance—a concept sometimes called total defense. But the appropriate balance between those capabilities is the subject of debate. Given the overwhelming military superiority of Russian forces vis-à-vis those of Russia’s smaller neighbors, the argument can be—and has been—made that jettisoning the majority or even all conventional capabilities is not only a legitimate strategy, but the smartest one. Sandor Fabian, a former Hungarian special forces officer and MWI nonresident fellow, explains the logic of this view. “If the conventional military capabilities of the Scandinavian and Baltic states were combined in a single military force,” he writes, “they would still be outweighed by Russian capabilities in the Western Military District.” The result of any force-on-force conventional fight pitting one of these states’ militaries against that of Russia would be, he concludes, “the quick and complete destruction of the defenders’ military force and full occupation of the attacked country.” Why, then, maintain a conventional military capability not strong enough to deter aggression on its own and likely to be destroyed in the event of conflict? Instead, those resources should be directed toward establishing a professional irregular defense force and building a broad, society-wide capability to resist both invasion and occupation through irregular tactics.

Placing a bet on irregular forces and civilian resistance as a primary means of national defense, however, is not without critics. After MWI published an article advocating for such an approach, Jeroen Verhaeghe, a Belgian infantry officer, responded by describing the several reasons why even small states need conventional military forces. He argued, among other reasons, that even limited conventional capabilities will necessarily have a larger deterrent effect than a wholly irregular, resistance-based approach. Moreover, there is a domestic reassurance component to consider, since a conventional military is more readily visible. And of course, for NATO members, maintaining alliance cohesion is dependent on burden sharing—even if the portion any country shares is proportionate to its size—and that requires conventional capabilities.

Ultimately, the questions are whether civilian resistance is a credible means of defending against aggression and, if so, what balance between such an approach and conventional capabilities is appropriate. The war in Ukraine is shaping up to help illuminate both questions. Ukraine’s military forces have performed extraordinarily well since Russia’s invasion—better than most observers anticipated and almost certainly better than Moscow expected. Civilians have also already adopted a resistance posture, the effects of which remain unknown in an operational sense but have certainly been symbolically powerful. In a war with a significant information warfare component, that matters.

Moreover, as Russian forces approach Kyiv and other strategic cities, two prongs of unconventional defensive forces are taking shape: the Territorial Defense Forces are an organized reserve component of the Ukrainian military already being deployed, while individuals and small groups are equipping themselves to resist Russian forces by whatever means are at their disposal. Some are establishing obstacles to block the progress of Russian vehicles, while others are arming themselves with homemade Molotov cocktails.

We will learn a lot in the days to come about the ability of a militarily weaker state to withstand the aggression of stronger state. Based on the contributions of both Ukraine’s conventional military forces and its legions of volunteers, we will also learn a lot about the viability of civilian resistance as a means of national defense.

The world is watching the war in Ukraine unfold on TV, TikTok, and Twitter. Underneath the deluge of rapid-fire analysis and between the mountains of mis- and disinformation is a learning opportunity—one that military and defense professionals have an obligation to take. Will we eliminate the need for assumptions and conclusively settle ongoing debates about our future adversaries and the environments in which we will operate? No. But by closely watching this conflict and honestly and soberly assessing its conduct, we can get closer—and we should.

John Amble is the editorial director of the Modern War Institute at West Point and a veteran of the wars in Iraq and Afghanistan.