The Tyranny of Battle Drill 6 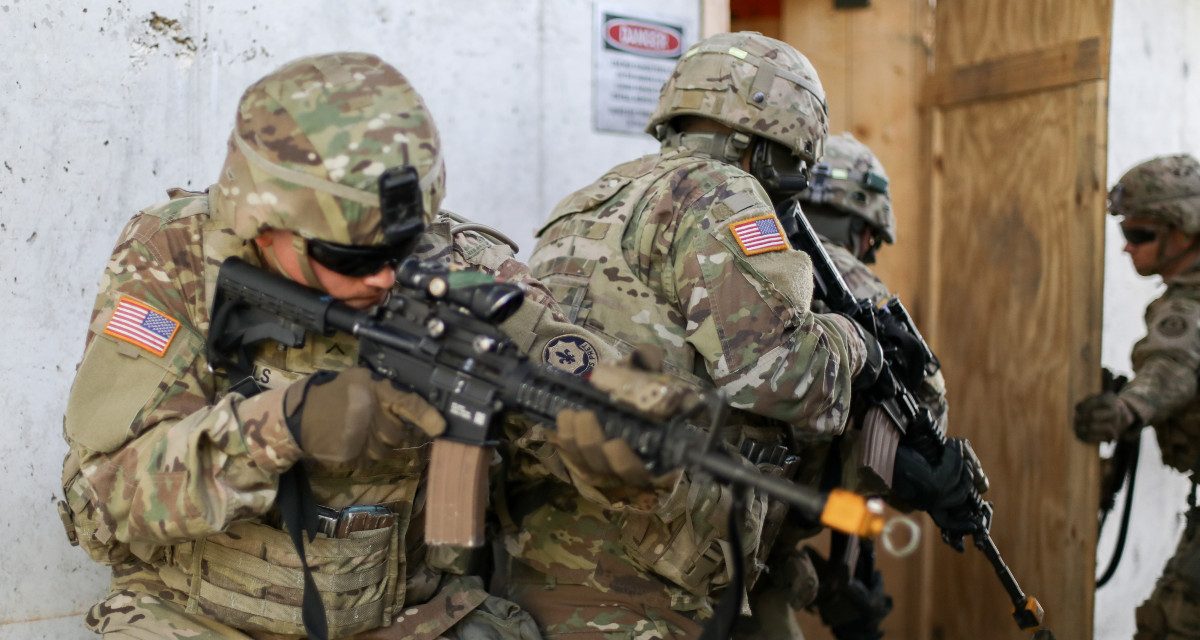 Earlier this year, a video of 10th Mountain Division soldiers conducting live-fire room-clearing training—the famous “Battle Drill 6”—went viral. In the video, the soldiers repeatedly “flagged” each other, pointing loaded weapons at fellow soldiers during the drill. Experts also condemned the poor techniques shown during the exercise. The resulting furor led the division’s command sergeant major to comment publicly, promising to “fix this.”

There is a deeper question here. Why are conventional infantry soldiers doing room clearing at all?

This question may shock many. After all, every infantry soldier in the force today, from private to sergeant major, has been brought up in a culture of room clearing. All infantry units train on it. But this wasn’t always the case. Through the early 1980s, infantry soldiers did not “stack up” and rush into rooms full of enemy soldiers, guns blazing. So what happened?

The story begins with the failed raid to rescue Israeli Olympic team members held hostage by Palestinian terrorists in Munich in 1972 and the creation of a new, elite Army unit—1st Special Operational Detachment–Delta (1st SFOD-D)—a few years later. Initially intended partly as a hostage rescue force, the unit needed to be able to storm airliners and hotel rooms to free hostages. This task required precise accuracy and an absolute minimum of collateral damage—after all, discriminating between the hostage and the enemy was the whole point. Hostage rescue required an incredibly high level of training, and it was accepted that the soldiers selected for the elite unit would face great risks to save hostages.

Over time, Army Ranger units occasionally worked with 1st SFOD-D, often as “outer cordon” forces as seen in the movie Black Hawk Down. Room clearing was seen as sexy and cool, and it spread to the Rangers and then to Army Special Forces. These units had higher priority and more training resources than conventional units, but not as high as 1st SFOD-D. Nevertheless, their adoption of room clearing suggests that they felt confident that they could meet the high demands of the drill. Along the way, the link between hostage rescue and room clearing faded, because those units as a rule didn’t do that. Room clearing became a battlefield task. By the late ‘80s, as leaders from the Rangers rotated back into conventional light infantry units, they brought a mania for room clearing with them. Battle Drill 6—“Enter and Clear a Room”—now became enshrined in doctrine. Not to be outdone, even the Marine Corps bought in.

After 9/11, it was all the rage. Iconic footage of four-man stacks kicking in doors became commonplace. One famous image from Iraq saw a blood-soaked Marine first sergeant, pistol in hand, being carried out of a building in Iraq. Commanders were shot running into buildings. And lots of privates.

There’s no question that urban combat is dangerous and demanding. But that’s not a reason to be tactically inept. The US Army learned lessons from extensive experience with urban combat in World War II, about the importance of fires, high explosives, and soldier protection. Tanks would often accompany infantry to deliver devastating fires before soldiers entered buildings (as seen in the Brad Pitt movie Fury). Infantry squads and platoons would blow “mouseholes” through walls rather than run through doorways, and used hand grenades before entering rooms and buildings. The Russian army resorted to the same tactics after suffering cruel losses in its initial foray into Grozny in Chechnya. In the Second Battle of Fallujah in 2004, US forces lost ninety-five killed and 560 wounded in a matter of days, many while entering buildings. Yet these experiences did little to dampen the enthusiasm for Battle Drill 6. Today, memories of Iraq and Afghanistan are fading. But our love for room clearing continues unabated.

The simple truth is that conventional units will never achieve the level of proficiency required to effectively enter and clear a room or building with a modicum of safety using the four-man stack. They just aren’t given the resources—the bullets, the time—to be that good. As the saying goes, they are the chainsaw, not the scalpel. In the shoot house, no one is firing through walls (unlike in the movies, bullets go through walls—just check out the footage of Waco). No one is boobytrapping stairwells. And no one is shooting back with live rounds. In the real world, the first man through the door into a room occupied by the enemy usually gets shot in the face.

There is of course an argument that we can’t just level every building or compound that may be occupied by the enemy. But there are alternatives. Surrounding a building and executing a tactical callout is one. Exercising tactical patience and catching the enemy in movement or outside the building is another. Persistent observation and engagement by drones or attack helicopters is yet another. When all else fails, the discriminate use of high explosives in a room or building is always preferable to launching a young soldier through a doorway and into fire. It is certainly true that unintended civilian casualties may ensue, and everything possible should be done to avoid them. But that risk is the unfortunate price of any decision to fight in cities where the civilian population is present. Commanders face horrible choices in these scenarios. But maximizing soldier risk instead of minimizing it is always the wrong choice. Let’s leave stacking up to the high-end special operations units, and get back to the chainsaw.

Richard D. Hooker served five combat tours, culminating with command of a parachute brigade in Iraq. He is a 1981 graduate of the US Military Academy.