The United Kingdom Doubles Down on Covert Operations 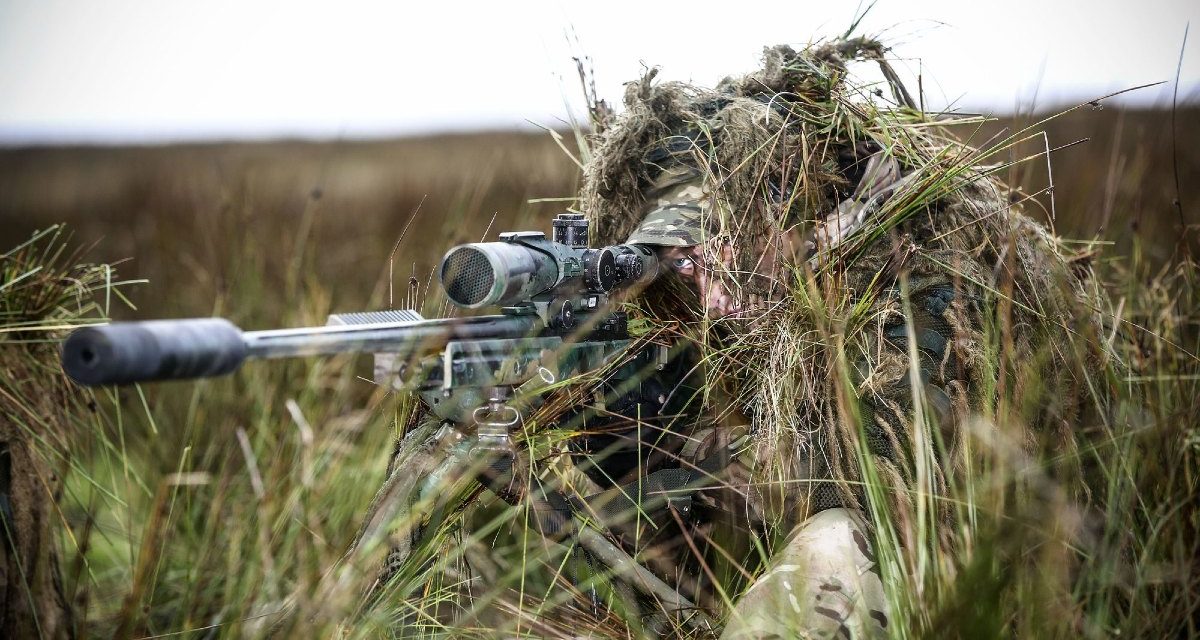 Two weeks ago, the British government published its most significant review of defense, security, and foreign policy since the end of the Cold War. It will likely usher in a new era of British covert interventionism.

The 114-page integrated review, titled “Global Britain in a Competitive Age,” emphasizes “Global Britain,” a slogan coined by the governing Conservative Party in the aftermath of the country’s vote to leave the European Union in 2016. The review highlights that the British government wants to maintain global influence, including by tilting toward the geographically distant Indo-Pacific region. At the same time, however, Britain perennially lacks the capabilities sufficient to meet its ambitions—and even more so now given the damage Covid-19 has done to the British economy.

In an attempt to reconcile global ambitions with limited means, the review, together with an accompanying Defence Command Paper, emphasizes secret intelligence, special operations forces, and offensive cyber capabilities. They will be used to disrupt, deter, deny, and degrade Britain’s adversaries. All are tools of force multiplication; the power of the hidden hand will allow Britain to do more with less.

The review and the command paper have several strengths. The ambition, reach, and commitment to allies deserve praise. The attempt to integrate special operations forces into strategic planning is especially beneficial. But there are important weaknesses too. The objectives are unclear, leaving little sense of how or whether the means will match the ends. And the identity of the partners with whom the UK will discreetly operate is left vague.

The review makes substantial cuts to the UK’s conventional forces, shrinking the British Army from today’s target of 82,000 to just 72,500 by 2025—its smallest size in three centuries. But amid cuts to conventional forces, special operations forces remain prominent. They are, according to the Defence Command Paper, “respected by our friends and feared by our adversaries.” Special operations forces are central to—and emblematic of—the UK’s entire approach to military modernization: “they embody the culture of innovation, experimentation and pull through of technology that delivers a cutting-edge.” In other words, they are good at doing more with less.

The defense paper emphasizes that special forces will maintain an impressive global reach. They will continue their “precision strike operations,” but will also maintain their equally important function of surveillance in hostile environments—a less glamorous role consistently overlooked in press coverage. Working alongside intelligence agencies in a whole-of-government approach, they will operate below the threshold of conflict to disrupt hostile states.

The paper also establishes new forces capable of special operations, creating a new “Ranger Regiment.” Apparently modeled on the US Army’s Green Berets, it will draw on four battalions and consist of between two thousand and four thousand soldiers. It will allow more British forces to discreetly train, advise, and—most importantly—accompany partners in high-threat environments. According to the review, it will “project UK global influence and pre-empt and deter threats below the threshold of war as well as state aggression.” And it will free up tier one special operations forces for more covert surveillance and deniable disruption work.

From “Covert Meanes” to Covert Ops

The review’s emphasis on intelligence and special forces is consistent with Britain’s traditional approach to covert operations. The United Kingdom has long used the hidden hand to influence events overseas in a deniable or unacknowledged manner. It has done so since before the United States was even created. Indeed, back in the sixteenth century advisors to Queen Elizabeth I talked of “covert meanes” to counter the Spanish. And time and again since 1945, British leaders have turned to intelligence and special forces to maintain the country’s global role on the cheap. Or, put more cynically, to use smoke and mirrors to create the illusion of global power.

Despite this long history, British covert interventionism is much less well known than that conducted by the United States. This is for three reasons: first, the British have been more restrained and less dramatic in their choice of operations since 1945; second, the British have generally preferred to work through allies—including the United States—who would then take much of the blame if exposed; and third, Britain is much more secretive than the United States. The archival record of the CIA is a resplendent library in comparison to MI6’s locked safe. And the UK’s approach is less defined than that of the United States. Definitions are not written down—at least not publicly. The phrase covert action occasionally appears in parliamentary oversight reports, although according to the CIA’s official historian, Britain’s interchangeable use of covert and clandestine action has caused confusion across the Atlantic.

Today, the British talk of the concept of “intelligence effects” operations: using intelligence to create real-world change. GCHQ effects work involves using intelligence to disrupt, discredit, or dissuade targets online, such as a major offensive the United Kingdom conducted to suppress Islamic State propaganda, sabotage communications, and confuse its operatives. MI6 effects work remains classified but might involve exploiting intelligence to achieve something similar in the real world. In general, the United Kingdom takes a whole-of-government approach, without the distinctions made in the United States between covert action and special military operations. In 2020, as part of this integrated approach, the British government established a new National Cyber Force, which draws together GCHQ, MI6, the military, and the Defence Science and Technology Laboratory to engage in offensive cyber operations. Definitions are distinctly fuzzy—deliberately so. Fuzziness allows a more flexible and nimble response to fast-moving threats, free from too many bureaucratic constraints.

The review’s discussion of covert operations has several strengths. The support for allies, such as NATO, deserves praise. So, too, does the emphasis on strategic thinking about the role of special operations forces, as well as the attempts to integrate military, intelligence, and diplomatic actors. Too often in the past, special forces had to lobby hard for a role and were treated as an afterthought in many conflicts, including in post-2003 Iraq. And much of the discussion of how special forces will operate alongside intelligence agencies to disrupt hostile states below the threshold of conflict is rooted in the British tradition of covert operations. Successive UK governments have long sought to disrupt adversaries, dislocate threats at source, and keep enemies—in the words of one recent chief of MI6—“in their half of the pitch.”

The danger here, however, is whether disruption is enough to meet the UK’s objectives. And the reviews are vague on this question. Using covert means, whether through special forces or offensive cyber operations, to disrupt hostile states will not solve the UK’s foreign policy problems. Solutions will only come through the clear integration of covert operations into broader foreign and security policy, and policymakers need to more clearly define their aims. The goals outlined in the reviews are currently vague. What does disruption hope to achieve beyond playing whack-a-mole with adversaries?

And while the emphasis throughout the review on support for NATO allies makes sense, the review does not clearly define “partners.” In an accompanying press release, the Chief of the General Staff offered only “regular and irregular partners and proxies.” This could hide a multitude of controversial relationships—and oversight barely features at all in these debates. On the one hand, it is important to recognize both the significance of proxies—which have better knowledge of local environments and reduce the need for British boots on the ground—and the need to accompany fighters. Encouraging proxies without providing actual physical support has historically ended in tears—just ask many Iraqis prior to 2003. On the other hand, British ministers have belatedly acknowledged covert contact with extremist fighters as recently as the Arab Spring. Selecting appropriate partners and then managing them is easier said than done. The public reviews provide few answers to these questions.

The review’s recognition of systemic competition, proxies, influence, and disruption foregrounds persistent operations below the threshold of conflict. Its commitment to intelligence, offensive cyber, and special operations demonstrate the important role of covert interventionism in the current international environment. These are all positive developments and, if used wisely, could help the United Kingdom plug the gap between its global ambitions and its dwindling resources. But there are real difficulties in how this will work in practice. Inevitably and unsurprisingly, the review leaves answers to many of the most important questions vague.

Perhaps these answers lie in more detailed documents that remain classified; perhaps not. But if covert operations are to succeed, policymakers need to think carefully about three things: First, what do they actually want covert operations to achieve? What does success look like? Clear and concrete objectives are essential, as is a recognition that disruption alone does not solve problems. Covert operations need to be integrated into broader policy. Second, policymakers need to balance this integration and interdepartmental coordination with the need for a quick and flexible response—a challenge that has proved difficult in the past. Third, parliament’s oversight bodies need to play a greater role in monitoring special operations activity, especially the use of partners and proxies. While pragmatism is essential in international relations and irregular warfare more specifically, picking the wrong proxies can be disastrous. The reviews are a good start to many of these issues. But the devil will be in the details.

Rory Cormac is a professor of international relations at the University of Nottingham. He is the author of Disrupt and Deny: Spies, Special Forces, and the Secret Pursuit of British Foreign Policy (OUP, 2018) and tweets at @rorycormac.