The Value of Values: Guiding the Air Force through “Accelerated Change” 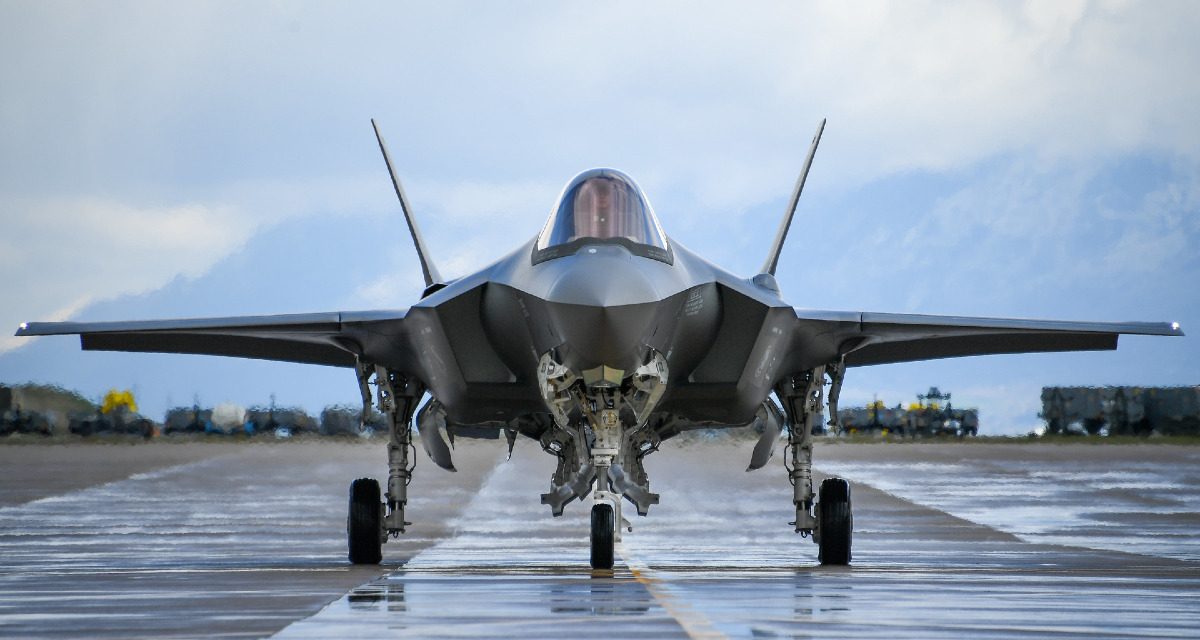 “Focus on the horizon, not the centerline,” my instructor exhorted as I pushed up the throttle to begin my very first takeoff roll. Every pilot has likely heard this advice to perfect a takeoff or landing roll. Of course, t­he instructor expected me to stay on the centerline, which to my beginner’s mind seemed naturally to require staring at the centerline before us. However, as she knew and I would learn, focusing on the runway centerline invites pilot-induced oscillations. These oscillations result from the pilot’s attempt to maintain tight control since going off the runway generally carries severe consequences. For the beginner, small changes in the environment (e.g., a wind gust) can induce overly aggressive and responsive control inputs. The key is to make smooth inputs to avoid overcorrecting when small deviations from the centerline occur. Focusing on the horizon helps.

The pursuit of strategy tempts a similar focus on the centerline. Present perturbations in the current environment can push a nation off the intended path’s centerline. However, the country must focus its gaze upon the horizon—a focal point composed of national values and principles that act to orient national strategy—to attain an enduring strategic advantage.

Recently, the chief of staff of the Air Force, Gen. Charles Q. Brown, Jr., released his strategic vision and approach for America’s air service. In the document, titled “Accelerate Change or Lose,” Gen. Brown articulates the strategic imperative of adaptation and innovation, especially amid an increasingly competitive strategic milieu. Furthermore, he urges the service to accelerate its adaptation to exploit a fleeting window of opportunity before it closes. Like the pilot assessing runway distance remaining, Gen. Brown recognizes that perhaps the United States Air Force has more runway behind it than ahead. So as the Air Force sets out to accelerate change, it must focus on its organizational values and its raison d’être to ensure it does not lose sight of the aims such rapid adaptation seeks.

To ensure the Air Force rises to fulfill its obligations in light of increasing strategic headwinds, Gen. Brown issued action orders addressing four imperatives to facilitate and accelerate change. He has created a simple mnemonic, ABCD (for Airmendevelopment, addressing the USAF Bureaucracy, great-power Competition, and Designing the Air Force structure needed to compete), to remind airmen of the lines of effort that guide the overarching vision.

Certainly, streamlining organizations, experimenting and failing quickly, and reducing Air Force bureaucratic inefficiencies should provide straighter—and hopefully quicker—pathways to organizational adaptation. After all, as one opinion writer noted in 2017, the military’s lack of innovation is often not the fault of those who don the uniform. Instead, inefficiency results from bureaucratic bloat and a preference for the status quo. Understanding this preference for the status quo, Gen. Brown explained that successful deterrence or compellence operations require the deliberate cultivation of opportunities during competition to obtain advantages should conflict erupt. Focusing on competitive activities and directing the thoughtful analysis of competitors help guard against the consequences of mirror imaging and strategic stagnancy.

Perhaps most critically, Gen. Brown affirms that rapid transformation requires reinvestment in and reinvigoration of the service’s talent management system. Indeed, Gen. Brown declares that managing the service’s latent talent and attracting new talent constitutes the highest priority among the four focus areas. For a service often described as “worship[ing] at the altar of technology” or harboring technological fanaticism, this prioritization of developing and retaining is refreshing. After all, as the late Dr. Colin S. Gray observed, war and strategy are wholly human endeavors. To give pride of place to technology or even ideas over people is antithetical to Gray’s truism and anathema to the studied strategist.

As the Air Force attempts to accelerate change, recognizing, perhaps, that more runway exists behind the craft than ahead, it bears repeating: “Focus on the horizon.” To take flight in the face of an ever-changing strategic environment requires grounding the service in its values. Here, a lesson from the air service’s forebearer merits consideration. When the Soviet Union’s demise and post-Desert Storm “peace dividend” presaged “history’s end,” the United States Army faced challenges like those the Air Force faces presently. In trying to balance reducing the force against preparing for twenty-first-century conflict, former Army Chief of Staff Gen. Gordon R. Sullivan explained the importance organizational values have in helping to navigate uncharted waters. “Values give an organization a self-ordering quality, a kind of organizational ballast, which provides direction and stability in periods of turmoil, stress, and change.” Values provide a focal point to “look beyond the ‘crisis du jour.’”

Today’s challenges differ in character but not in nature from those thirty years before. Gen. Sullivan’s advice on defining and then anchoring organizational change to fundamental values still applies. The Air Force must adapt to a changed and ever-changing security environment. Gen. Brown’s action areas provide essential and prudent guides for the service’s airmen to affect such change. Yet, the service should also retain a focus on its core values of integrity, service, and excellence.

In particular, the last value bears potential fruit for harvesting rapid change. While the service advertises excellence in all its pursuits, attaining such aims requires prioritizing what the service actually does. Foremost among its tasks is to produce strategic effects for the nation. “Everything about military airpower is instrumental to the purpose of securing strategic effect.” To focus elsewhere is foolhardy. Gen. Brown’s exhortations rightfully focus the service on fulfilling and being excellent in its raison d’être. The “why” behind such excellence is the Air Force’s focal point and provides coalescence for ways and means. Importantly, excellence as a service implies excellence at the individual level. To encourage such excellence, the service must help airmen nurture contemplative and analytical minds necessary to create and assess competitive concepts.

Innovative thinking, however, grows best in an environment permissive of professional dissent and nontraditional thought. Senior civilian leadership may occasionally spur innovation and reorient the military to a changed strategic context. However, interservice and intraservice competition are more likely to encourage adaptation. Indeed, such adaptation often comes from within, and usually from the lower ranks, in response to shifts in strategic measures of merit. Still, change is hard for a bureaucracy like the Air Force—and the military overall—which, arguably, was “never intended to innovate.” Bureaucracies tend to exhibit agency, and like humans, are predisposed to a certain degree of stasis that often prevents status quo–challenging ideas from percolating up through the system. Therefore, leaders must foster an environment that protects and nourishes novel and even maverick thinking and provides viable pathways to advance ideas and careers alike.

Innovation requires challenging the accepted ways of accomplishing tasks. Occasionally, the “how” of a task must take backseat to the “what.” “Professionals know when to break the rules.” In the pursuit of a streamlined, flattened, and agile service, doing things faster is essential. Pursuing speed, however, invites cutting corners, some of which, admittedly, need cutting. Yet, only with a foundational value set can the professional airman know when breaking the rules or cutting a corner improves mission capability or simply invites risk. Likewise, the service should be wary of speed and efficiency for their own sake. Speed and efficiency must be means to an end—an Air Force capable of providing strategic effect for the nation—and not ends themselves. Peter Drucker’s adage about the uselessness of doing unnecessary things efficiently still applies. To focus on service values and the “why” behind service properly orients actions.

As retired Brig. Gen. Huba Wass de Czege, a former director of the US Army School of Advanced Military Studies, articulated, “A strategic end is conceptual and general; it cannot be specific or concrete. It would be foolish to make it so.” Similarly, to focus on the runway centerline as the Air Force accelerates for takeoff would be foolish and tactically minded, leaving the service hyper-responsive to the smallest perturbations in the daily environment. Instead, while pushing up the throttle for change, the service and its airmen must concentrate on the strategic vista, comprised in part by the values the Air Force holds uncompromisingly and the purpose for which the Air Force must adapt. Such concentration is both necessary and sufficient to ensure the air service rises to meet its competitors.

Lt. Col. Ryan Sanford is a Pol-Mil Strategist on the Joint Staff. He is a graduate of the US Air Force’s School of Advanced Air and Space Studies, the US Air Force Test Pilot School, and the US Army’s School of Advanced Military Studies. He holds four graduate degrees in fields ranging from mathematics to flight test engineering to military strategy and security studies. He flew the F-15E operationally and in combat and recently commanded a flight test squadron.